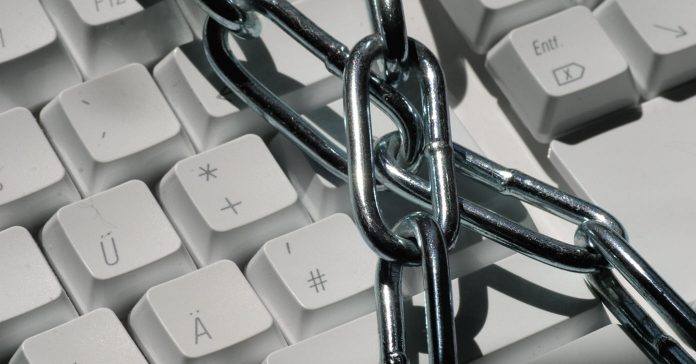 The thing to understand about keeping your computer secure is that it is not just something that is “nice to do.”

In a very real sense it is something that you should do because you have a responsibility to do it.

Computers are not “appliances” and many people seem to get this point confused resulting in behavior that actually causes their own security breaches and can expose others to similar breaches.

Attack of the Killer Toasters

Think of it this way.

You can treat your toaster any way you want.

No matter what you do with it you can be sure of one thing.

Your toaster is not going to go next-door to your neighbor’s house and attack their toaster!

Similarly it is not going to secretly recruit an evil army of other like-minded toasters and wreak havoc either in the toaster world or any other for that matter.

Your toaster is not a potential source of insecurity to your personal banking details, your friends banking details or even those of complete strangers!

So whether you keep your computer secure for purely your own benefit or for the greater good of mankind here are some very simple guidelines you can follow.

In the past my recommendations for securing a computer that regularly accessed the internet was a combination of a Pro Firewall and a Pro Anti-Virus program.

That configuration served me well for many years but over the past few years or so there have been great advances in what is available.

The good news being that I no longer use any paid software to protect my PC and have had no trouble whatsoever provided I have used common sense.

In truth there is just about nothing on the market that will give you 100% protection short of just not connecting to the internet anymore so take a look below and I will show you my setup and why it is that way.

Your first line of defense is not digital, it’s analogue and, believe it or not, organic!

Failure to implement this strategy will mean that no matter what fancy/expensive/state of the art protection you engage you will ultimately fail.

You have an often overlooked yet powerful analogue hardware setup at your disposal and it is your first line of defense.

The hardware in question is comprised of two main devices both of which when used in unison can provide almost infallible defense against attack.

The first part is a a set of organic optical devices called “eyes.”

These “eyes” are located (usually) in the upper region of the front of your head facing forward.

Take a moment to locate them by perhaps looking in a mirror. They are the little round balls set back into your skull either side of the nose.

Having located the first part of the setup it is a little more difficult to identify the second and possibly that is why it seems to be used so poorly by some.

This part of the set up is actually hidden from view inside your skull and it must be noted here that attempting to actually get a direct view of the item may cause it permanent damage.

The device in question is called a brain and is a large grey mass located inside your head but its physical structure is not important here.

Let’s just assume it is present.

What is important is that if you use your organic optical devices (eyes) in conjunction with your brain you can make excellent decisions, evaluations and all sorts of computations based on the information provided by the eyes.

When you see that email in your inbox, from a bank you have never heard of, asking to simply click the link below and provide that unknown bank with your current credit card details including all passwords and PINs, judicious use of the “eye to brain observation and thinking device” should draw you to the conclusion that perhaps doing that is not such a good idea!

Of course it’s not always that simple due to another software program running constantly in the background within the brain.

This program is called “Curiosity v1.0.”

Unfortunately Curiosity v1.0 has a habit of overriding many of the logical functions of the “brain.”

This is a constant problem but in the order of seniority the brain, at any time, at the request of the brain operator (let’s not get religious here so we shall simply call this part, “the person.”) can override the command functions of Curiosity v1.0.

Keeping Curiosity v1.0 fully disengaged is not practical or even desirable.

Until such time as the manufacturer decides to issue an upgrade to Curiosity v1.0, a simple awareness of Curiosity v1.0s presence and potential flaws should be sufficient.

Your second line of defense is a little more conventional.

It should be made up of two effective programs one of which is a Firewall and the other a stock standard “nasty-checker.”

In the past the Windows inbuilt firewall had more holes than a cheese grater and in conjunction with Internet Explorer was the most obvious target for the majority of clowns who would seek to compromise your computer.

However in the past few years Microsoft have made great improvements to their on-board firewall and in recent testing it performed equally as well as any of the paid options on the market.

So go to your security settings and make sure your firewall is on and functioning.

Now you may be wondering about some of the more prominent names in security software such as Norton and McAffee and on and on and on.

I choose none of these.

They are bloated beyond belief with programs and functions I do not want and did not ask for and I personally dislike any software that displays poor manners.

Just try to remove either of them from your system and you will get the idea, they simply will not leave the party when asked politely.

Additionally whilst both score as well as any for the detection of nasties they both score poorly in the firewall stakes.

My recommendation in this category is the Windows Security Essentials.

It is well behaved, updated regularly and automatically, can be configured to run in the background in real time and can be scheduled to run a complete or partial scan at a designated time.

I have been using this setup for five years now and have not even looked like being hit with anything unwanted.