You are here: Home / DIY Video Editor Blog / The Friday Round Up – Editing Walk-throughs, B-roll and Focus Tips 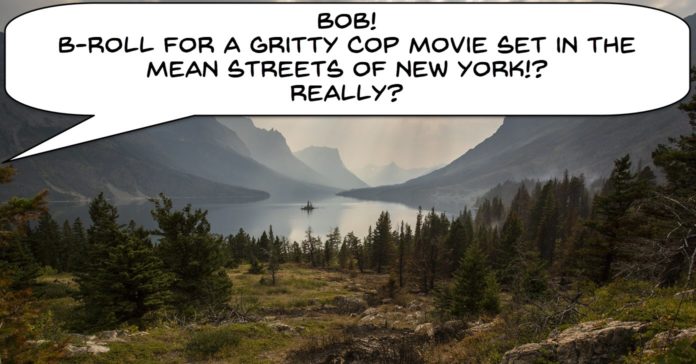 Just a Bucket-load of Free Assets

OK so let’s start of this week’s Friday Roundup with a some freebies and believe me when I say “some” I mean a bucket load! Originally the title of this entry referred to 80 or so assets that were being made available by Shutterstock through Premiumbeat.

In checking it all out on their website I noticed a few other links and eventually I made my way to This Page Here.

On that page they have gathered together the aforementioned “bucket load” of stuff and the good news is that there is no signup required or anything like that.

There are Motion Graphics, Sound Effects, Soundscapes, Audio Tracks, Loops, Graphic Elements and on and on and on! So go crazy!

How I Edit a Cinematic Travel Video – Faces of NYC Breakdown

Aiden Robbins has been a bit quiet for a few months now but this week he came out with a video tutorial that really shows why I add a lot of his stuff to the Friday Roundup.

The video below is a pretty intense and thorough walk through of an entire project from soup to nuts.

To that end the whole thing is over 20 minutes long but I think watching the entire tutorial with your favorite beverage at hand would be time well spent.

He doesn’t just go into the technical detail of how he is executing the actual editing steps.

Although he does do that!

What I think is the most important part of the video is the explanation of why he is doing what he is doing.

He talks about the footage he has, the limitations and advantages of that footage and why he goes for the things he does.

Well worth a look.

What is B-Roll? How to Get Cinematic B-Roll for your Project

Here’s another good video covering the subject of B-roll, how to shoot it and how to use it effectively.

I know I have covered the subject before but I always like to check out new stuff to get another perspective on the subject.

If you are shooting in HD on anything other than a mobile phone then one of the main things you need to focus on is… focus!

Using auto focus all the time is really going to limit the variety of shots you can get.

It will pretty much lock you in to a very deep depth of field.

That means everything in the frame will be in focus regardless of the set up.

Those shots where you want a particular subject to standout and be the focus of attention will lack that entirely because as I said, everything will be equally in focus giving you a flat uninteresting shot.

So whether you like it or not, at some point you are going to have to wrestle that focus away from the auto setting and take control!

This is a good little collection of tips for creating suspense and tension in your video projects.

The guys at Filmora have recently been getting a little more into the theory behind why certain shots or editing decisions affect the viewer in different ways.

This is another one like that which not only shows how to achieve the effects suggested by also with the good explanation.

I particularly like these kinds of tutorials with the theory included because it allows the viewer to not just copy an effect but take the idea and run with it themselves.

How to Add a Progress Bar to Video

You may have noticed on some video on YouTube and more commonly, Instagram where there is a progress bar moving across the bottom of the screen as a video plays.

Personally I ignore them and also personally I have no idea why they are popular!

However just because I am utterly ambivalent about them doesn’t mean they are necessarily bad.

So in the interests of fairness to those of you who not only like them but also want to create them… here ya go!

A great way to expand your abilities with whatever editing software you are using is to simply watch someone else use it.

So in the spirit of doing that here are a couple of videos from the Sharper Turtle.

In both of these videos we pick up the story at the point where the videos are beginning to take shape but some tweaking needs to be done.

It is usually the ability to address the fine points of editing that that will make the biggest differences in the quality of what you put out.

He covers correcting or improving:

So let’s be honest here.

When you go into a lot of the effects or design modules in most consumer level video editing software, more often than not what you see is a bunch of cheesiness.

One of the main reasons for that is that the makers of software have to try to appeal to a very broad audience so the results are usually pretty middle of the road.

However what is not really as obvious to the new user is that those same modules generally only show those default or preset examples as starting points.

Of course you can use them but the real intention is that you use those presets to begin the design process and tailor them to suit what you like and what you think looks good in your project.

What the means is that to really get the most out of those modules you have to learn the module!

Very often the settings and controls in them are rather daunting in the beginning because of unfamiliarity.

One of the best ways to get familiar is to watch a video that goes through those settings showing you what they do and what can be done.

The video below is one of those. It is a complete walk-through of the Shape Designer in PowerDirector but remember this.

Most of the names of the processes, controls and buttons are the same across almost all video editing software regardless of which brand it is.

While most video editors these days offer some kind of PiP capability, one of the best around is within the PowerDirector program.

It can not only handle the usual straightforward PiP effects but also has a dedicated designer module for you to completely control the process from start to finish.

Like most of these kinds of modules, one of the best ways to see just how much is on offer is by following along in a walk-through like the one below.

How to Create Cinematic Sound for your B-Roll

Very Often at a complete amateur level the idea of B-roll is something quite foreign.

So really, one of the first things you can learn how to do that will begin the process of lifting yourself out of the amateur ranks is using B-roll.

Beyond that you can then start getting into really planning and executing your shooting from the full concept of A-roll and B-roll footage.

Once you get to that stage then you can start really honing your skills by making that B-roll very, very good.

We all start of with the concept of B-roll being a sort of throwaway concept and as just some footage you happen to grab because you know it might come in handy.

Trust me, no-one in Hollywood is telling the Second Unit director to just “go out and grab some footage of some somewhat relevant stuff!”

One of the best ways to really fine tune you B-roll is to exercise control over the audio you get.

Very often you will see amateur videos where the B-roll audio just does not exist or is covered by a music track.

With good B-roll you can go so much further.

Check out the video below for some great tips on working with the audio in your B-roll.

3 Simple Horror Effects for Your Videos

As it says right there on the box the video below covers three basic horror defects just about anyone can do at home.

There are two “physical effects” that are executed by just using props and one “in camera” effect covered.

Probably the most valuable part of the video is not so much the effects themselves but the great explanation as to why certain effects work the way they do.

If you can get a good sense of that then you can expand what you are doing into your own spooky effects.