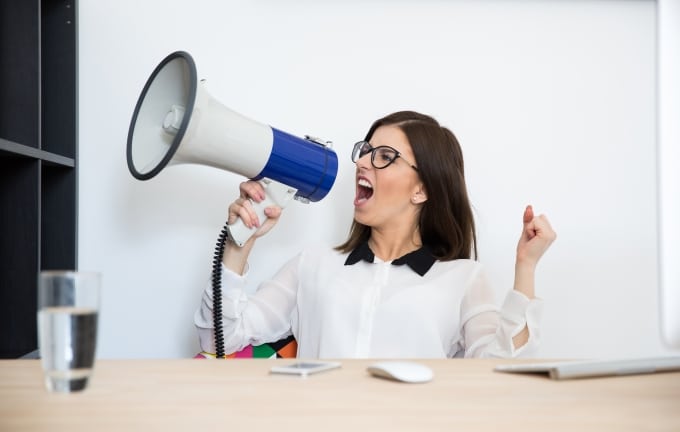 One of the great unsung heroes of any video project is of course the audio.

From an obvious point of view the direct audio of what is happening or what is being said according to what is being viewed either matches or not.

If it somehow matches then you are good to go and if it doesn’t the audience will be instantly lost.

Very often the audience is lost to a video because of poor audio yet the audience themselves are not aware that it was the audio that turned them away.

Audio has to be pretty bad for an audience to notice that it is so bad!

More often than not the audio only has to be just bad enough to create a sense of discord in the mind of the viewer resulting in them “switching off.”

In fact that’s why you will almost never hear complete silence in a professional video… ever noticed that?

Even for scenes or shots that would probably be almost completely silent there will be at least some kind of ambient low level sound of some description.

The reason for that is pretty straightforward.

In real life we are almost never in an environment that is totally silent.

Even if it is the movement of the wind or distant natural sounds, total silence almost never exists.

There is an old cliche from western movies where one character will say, “It’s quiet… a little too quiet.”

Probably the source of this is something buried deep in our DNA that commands us to be on edge if we encounter total silence.

Sudden drops in ambient sounds most likely warned us of impending danger and instructed us to be on high alert for attack or flight.

Anyway that’s why there is always at least some kind of sound most of the time.

The other problem with sound in videos you are making at home is that very often the recorded sound can be almost nothing like the “live” sound.

At the consumer level this is more to do with the quality of the audio recording part of your camera set up than anything else but the environment can also play a big part.

Our living rooms may be all very well for living but those walls cause sound to bounce around all over the place!

Of course we as humans filter this all out because we don’t just flatly record sound.

We hear it and then use or brains to interpret it, microphones don’t do that.

There are a few ways to get around these audio shortcomings that we all have but short of using a fully qualified audio team there is only so much we can do.

Most video editors these days come with pretty good audio editing features and many include some enhancements tools.

It is a good idea to at least try some of these out to see what results you can get.

Similarly the addition of low level background ground music that is barely noticeable will take care of the silent spots but always check your levels and make sure the music is helping and not making things worse.

Finally the point that brings me to the video below we come to sound effects.

Sound effects can be both an awesome way to enhance your video projects and give them that little extra push over the top you may be looking for. On the other hand they can be used badly… with almost no effort on your part required!

The key to sound effects is understanding why you are adding them in the first place and always asking yourself whether or not they are ADDING to the project or not.

If they are not adding to it or even worse they are distracting from it then leave them out.

How To Time-lapse Properly

Great video shooting tutorial this week from DigitalRev on some of the finer points of achieving time lapse video.

In much the same way that the quality of a green screen sequence is determined in the shooting and not the processing, time lapse is very similar.

On the surface it seems to be a pretty simple process of taking individual still shots at timed intervals then loading all those shots in sequence into your editing software and rendering to a video files.

The truth is that this pretty much describes the process yet if that’s all you do then the results will usually be kind of ordinary!

The finer points that are often not included in the marketing materials designed to get you to buy a product are a little more than that.

Calculating at what rate you should be taking the stills and how that affects the final motion in the video, the camera settings you need to use given that you can’t really change them once you start and a whole bunch of other things also come into play.

The video below goes into quite a good deal of this and shows some good examples of the different results you will get given the use of different settings.

Excellent video this week from PowerDirector University on the audio functions available within PD.

Now this isn’t some kind of advanced audio tutorial.

It is a clear walkthrough of how you can achieve the basic things you will invariable need to do inside the program.

It covers things like splitting the audio from a video clip, working with individual audio clips, controlling audio levels and how to get down to the frame level of editing audio.

Most importantly it shows you the final emergency button you need to know.

That button is used when you have changed and edited and chopped and done everything and it’s all turned into a total mess and there’s no way out! Hit that button and everything resets back to where you started!

For anyone who doesn’t use PowerDirector don’t sweat!

You see the evolution of these consumer level editing programs over the years has been such that they are all very similar in layout.

Although your program may be a little different it will only be “a little” different and you will find the same controls in there somewhere!