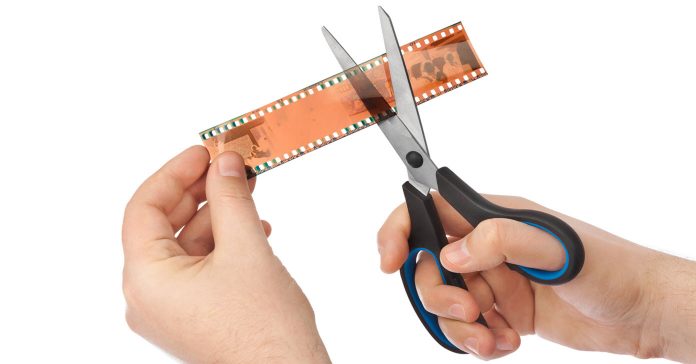 9 Cuts Every Video Editor Should Know

Whilst it is true that the available palette for cutting any video together is almost limitless it is also true that you need to nail down the basics before you go too crazy on it.

Although opinions vary widely on this I personally think there are about 6 or 7 foundational cuts that you need to have down cold before you go looking for something else.

The video below covers nine cuts that the presenter in his opinion are the basics ones to know but bear in mind he is discussing this from the point of view of creating semi to fully professional video.

For the average person some of the cuts shown may never really apply but the video does a great job in explaining each cut, how to do it and more importantly why you would do it.

News from Magix this week that they have released a major upgrade of their professional video editing software Video Pro X.

A while back now they dropped the protocol of naming each version with a consecutive version number and have been simply referring to it as Video Pro X ever since.

Video Pro X8 was the last one that actually had a number.

This latest release marks the tenth anniversary of the software and they have continued to add all the latest and greatest things any pro editor should have.

In this release they have added speed improvements by adding greater integration with the GPU on NVIDIA cards.

They have enhanced the chroma-key module with a new object extraction algorithm which makes it possible to recognize and extract objects from videos.

Added a completely new special effects area within the program eliminating having to open some kind of separate module to do so.

Added a grouping option for video and audio tracks which in turn makes J-cuts and L-cuts far simpler to execute and finally the ability to move object contents so you can modify individual sections of scenes directly in the video objects that contain them.

I never really get too much into the camera or camera gear side of things on this because to be honest it is a swampy quagmire of information.

On top of that the landscape changes seemingly on a daily basis but with the article below I thought I would make an exception.

One of the great lies of modern marketing is that when a new model of some kind of device is released the earlier version (or versions) somehow suddenly either cease to exist in the physical universe or are now considered so awful they must never be mentioned!

Of course this is absolute rubbish and these days you can take any camera for video that was considered to be good two, three, or even four models ago and they will still be good.

These is must to be said for picking up an older model of a good video camera and the main thing to be said is that they are way cheaper.

About once per month the folks at CyberLink conduct a webinar on YouTube covering various topics concerning the use of PowerDirector and many of its features.

This month’s webinar has just been uploaded and runs for about an hour or so.

The subjects they demonstrate in this one are an introduction to the user interface, using the Titles Designer, using the Mask Designer, introducing the new AI Style Plugin, how to use the Express Projects module and finally how to execute Slow Motion sequence effectively.

How to Shoot a Hyperlapse

Two weeks ago HERE, I included a tutorial on how to execute a handheld hyperlapse sequence from the shooting stage through to the completed product including stabilization.

This week I came across another tutorial on the same subject only this time the shooting is done by taking still images rather than by short bursts of video.

It includes some pretty good tips especially with regards to the stabilization stage using motion tracking.

That’s something I had not though of myself and makes total sense once you think about it.

Anyway check out the video for a good start to finish hyperlapse tutorial.

All About Frame Rates

The article linked below is a pretty good introduction to the subject of frame rates and does a good job of explaining the good, the bad and the ugly of different rates.

Having said that there is one thing that probably needs to be added as an explanatory note so here goes.

Deciding on the frame rate of your projects is by far better done at the shooting stage of the process rather than once the footage has been loaded into your editor.

The reason for that is that whenever you try to change the frame rate of existing footage you will get degradation in the way that footage displays motion.

It doesn’t matter whether you are trying to increase or decrease the frame rate, degradation occurs so keep that in mind.

How to Make a Trailer for Your Channel

It is interesting to look back in time to the good ol’ days of YouTube when pretty much all you had to do was upload a video, stuff it with a bunch of keywords and hey presto, you are a star!

Of course over time just about everything in that space has changed and evolved so that today’s YouTube is not your parents YouTube!

If you take a look at just about any mildly successful YouTuber one thing that you will notice is the concept of consistent branding.

And when it comes to consistent branding the king of the heap is having a pre-made intro trailer that plays at the beginning of every single video you upload.

As viewers we are conditioned into the idea that there has to be something that plays before the actual content.

We see it on T.V. and we see it at the movies and when we don’t see it on YouTube we get the feeling something is wrong.

We may not actually identify the lack of an opener as what is wrong, but we know something is wrong.

Check the video below for the excellent tips.

OK, so first of all I guess we had better clarify what the “Holy Grail” timelapse actually is!

It is an ordinary time lapse like any other with one exception, it covers a time period that goes from day to night.

The reason it is considered to be a royal pain to execute is that you apparently have two choices.

One is to go full auto on your camera settings and risk a pretty bland looking result.

The second is you sit with the camera for hours (and hours) manually adjusting to the changing light conditions.

In the video below you get to use a third and rather unknown method using the “Priority” settings on your cam.

A few weeks ago HERE  I posted what I think to be one of the best videos around at the moment on the subject of microphones.

The video on that page covers all the “why’s and wherefore’s” of mic selection and especially the terminology involved. In this article linked below there is a little more on the subject from the usage point of view that is worth taking a look at.

Powerdirector 16 – How to Fix Video Footage

This is just another quick run through of some of the correction tools found inside CyberLink PowerDirector 16.