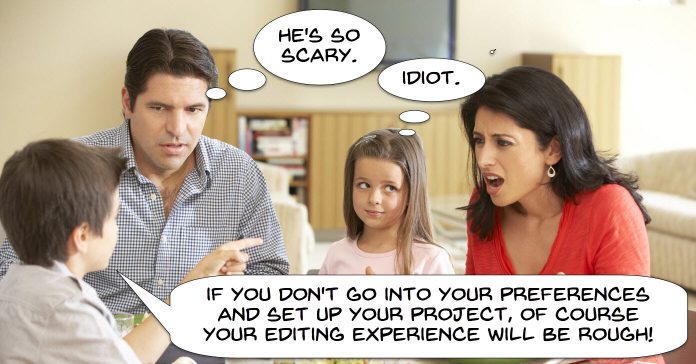 How To Edit Videos – A Complete Beginner’s Guide

For a couple of years now my recommended video editing software for people wanting something simple that is easy to learn and use has been Filmora by Wondershare.

I picked that one for a number of reason which I won’t go into here but if you are interested my review is HERE.

However one of those reasons is that over the past two years the people at Filmora have taken the time to make some pretty good tutorial videos not just on using their software but on general video techniques as well.

This week they uploaded a new one and I think it is well worth taking a look at even of you are already using Filmora or any other video editing program for that matter.

The video covers some of the first basic steps anyone needs to undertake in the editing process.

So once you have checked out the video I added above from Filmora called a Beginners guide to Editing you may want to take a look at this one for the “big kids” guide to video editing.

This one is from Tom Antos who is a pro editor and film maker but also has an excellent way of explaining what he is doing.

In the video below he goes through step by step on how he cut together a small independent project he did.

For me one of the key points to note is that he is working with a script and as such the script is determining his sequence of actions.

Many newbies to editing may look at that point and figure that the process is irrelevant because they are not working to a script.

If you feel that way then now really is the time to drop that consideration!

Effectively editing together a project regardless of the subject matter is always achieved by working to a plan and a plan that was decided BEFORE shooting even began.

You may not have a “script” as such but you should have a plan!

It doesn’t matter whether it is a children’s party, a wedding, a birthday, a family even or a social event you have to have a plan.

You have to have in your mind or (preferably) written down on a piece of paper, a collection of shots that you think will adequately portray that event.

With that in hand, even if it is not a “script,” you can then set about getting the shots you know you will need.

When it finally comes to editing your job will be a breeze because instead of just cutting out stuff you can’t use, you will be constructing something from stuff you already know will get you that result.

Hidden deep in the bowels of just about any video editing software is a dreaded dialogue box that can usually be accessed by hitting the “Settings” or “Preferences” button.

It is probably one of the most misunderstood and underutilized feature of most editing software but in fact can hold the keys to just how easy your overall editing experience can be.

Most modern software at the consumer level at least makes an attempt to set up your software in a way they it “thinks” will be best for you.

Often there are questions asked when you are installing like “What is your DVD region” and things like that.

What the software is attempting to do is set defaults based on your region, your computer system and settings and hopefully take a stab at what the parameters of your footage is generally going to be.

That way when you start a project, that project “should” have the right settings for what is about to happen… hopefully… maybe!

However this is all fraught with danger given the fact that in many cases people don’t really know the answer to the questions or don’t bother with it all.

So, the key to getting your software setup so that it is doing what you want it to do lies in that hidden section of “Preferences” or “Settings!”

From software to software most of this stuff is pretty much identical but is well worth exploring in your particular brand to make sure everything is right.

I have added two videos below to illustrate the procedure in both CyberLink PowerDirector and Pinnacle Studio but don’t sweat it if you don’t have those ones, it is all the same in most software.

Convert an Animated GIF into Video

Last week I posted a video from Filmora on converting small sections of video into animated GIFs.

This week they have posted a video of going in the other direction!

That means that you can’t upload the GIF directly to those services.

First you have to post it somewhere on the web then you have to add a link to that hosted GIF to those services so that the GIF actually plays.

An easier alternative is to quickly import the GIF into Filmora and convert it instantly into a video file then upload that file.

Check the video below for all the how to’s of it.