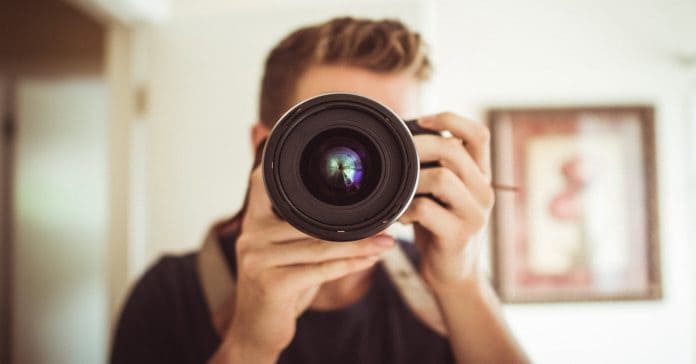 This is the first of a few articles that popped up this week on the subject of DSLRs for video.

Obviously one of the great advantages of the DSLR is the fact that they come with the ability to swap out various types of lenses.

The downside to this for the newbie is that all you have to do is go to any decent camera site and suddenly there are thousands of lenses to choose from!

Read the description and it seems that they are all totally awesome and absolutely necessary!

So in all reality where do you begin?

Well the best place to start is with the usual 35mm lens that generally is shipped as the standard lens for most DSLR bodies.

This is an all purpose lens that in all reality would suit just about everyone and is a great point to start off with.

Once you think you have mastered that lens and all it has to offer then you can start looking for your number two and number three.

To kick off the search check the article below for an easy to understand guide to the three you should have and what they do.

Of course with the appearance of mirrorless interchangeable lens cameras recently the same applies.

OK this week the Basic Filmmaker came up with a tutorial video on the subject of editing.

Not stuff like when to cut or how to cut or what effects to use but something far more important.

In the video below he goes through the true purpose of editing, what it is that you are REALLY trying to do.

More importantly he covers a whole bunch of things that you are NOT trying to do.

OK, anyone out there who has or has plans for a DIY video channel on YouTube you need to watch this.

If you wanted to look for some of the worst examples of video making on YouTube then just about anything with the term DIY in it will provide you with hours of unintended hilarity.

The one I find easily the most bizarre are the video editing tutorials that are so poorly edited that you have know idea what is going on or the video shooting tutorials where you can’t really see what’s happening!

Obviously in controlling a GoPro camera all you really have to do is use the controls!

Well to some degree that is true but on the other hand GoPro have one of the best camera control apps around and it is quite surprising what you can do if you know how to use it.

The current batch of fully featured video editors such as Corel VideoStudio and more specifically CyberLink’s PowerDirector have moved forward over the years towards greater and greater features.

Previously color correction was the order of the day and even then it was kind of clunky and rather limited in its application.

These days, not so!

Not only are they packing quite sophisticated color corrections tools offering very precise control over the process but now they have added color grading to the mix.

I know for many people the idea of color grading makes sense but for most, the results are not what they would have expected.

The reason for that is that color grading is an art unto itself and like most art, it is easy to get ordinary results and very hard to get good ones.

At the core of color grading is the understanding of color itself.

The psychological or emotional effects certain colors have and how when combined they produce different results.

For an introduction to how a lot of this works check the link below.

One YouTube Channel that I always keep an eye on is Freakmo which is a channel dedicated to the art of special effects makeup.

It is run by Kiana Jones who is an artist from Western Australia but more importantly a self taught special effects makeup artist.

I don’t personally get into such things as special effects make up but if I was interested then Freakmo would definitely be the place I would go.

She has a whole bunch of videos on the channel starting from the very basics all the way through to some pretty wild stuff.

One of the main reasons I like her stuff so much is that because of her self taught background, she explains the techniques very clearly and in a way that non-technical people can understand.

DSLRs and Dubious Depth of Field

The increase in the numbers of amateur video makers at all levels working with DSLR cameras has meant that more and more people are now able to access camera features that were previously unavailable.

Probably the most commonly used one is the greater control over depth of field that even a standard DSLR lens offers over a camcorder.

Of course depth of field is also a big marketing point that the DSLR sellers push to the average guy even though many people are even aware of what its real effects are.

Hey! It’s got more control over depth of field so its gotta be good right?

Well I guess at least to some degree that’s true but overdoing the shallow depth of field thing, just because you can do it, does not necessarily mean it’s always going to look good!

In fact over using shallow depth of field can make you videos look far worse than just using the fixed depth of field offered by many simple cameras.

I came across this article during the week and have added it here because I do like to try to gather together “How to” videos into one place.

Now to be honest this one isn’t what I would describe as being big on details!

In fact it does assume a good deal of prior understanding regarding the processes they are using.

So if you are very new to the world of video editing and particularly special effects then this one may just fly over your head.

However if you have taken some of the more advanced features of your video editing software for a spin and have at least some familiarity with it then check it out.

What I particularly like about it is that it is an exercise in copying something many people will already be familiar with, the opening credits of Breaking Bad.

On the tutorial page they also have a links to the stock footage resources they used in the clip.

Just a little news snippet here from the folks at TechSmith, the makers of the Camtasia screen recording software.

This week they announced that they have integrated automatic uploads from within the software to Vimeo.

Previously you had to create a video to the correct specifications for Vimeo from within Camtasia, save it somewhere and then later upload it.

They have now integrated this fully into the software itself so you can just create the video and have it upload automatically at the end of the rendering stage.

The new feature will now be a part of Camtasia and if you already have the software you can just go to the updates page on the TechSmith site to download the update for free.