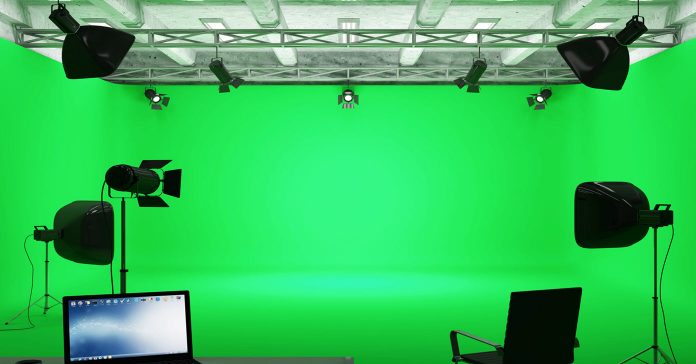 For anyone wanting to really get their green screen production under control there is a bog post on this site I added years ago with a video that covers everything. When I say everything I really mean it!

Effective green screen starts at the shooting stage and if you can get that aspect of the process tamed the rest is dead simple.

These days most video editing software at almost any level offers control over the keying of green screen far beyond what it was a few years back.

You can now do all sorts of things to compensate for green screen footage that wasn’t shot so well but!!!!

The better your original footage the easier the editing process will be and the greater the control you will be able to exercise.

That blog post on green screen is here about half way down the page.

Now the reason I am referring to it is that the guy that made that original video has just uploaded another one and in this one he goes through some green screen footage shot by one of his subscribers.

There are some great added tips and pointers in it.

And by the way probably the most advanced features for green screen within consumer level or semi-pro software would be from Pinnacle Studio 22. Review Here.

This is another little “hack” tutorial from the guys at Filmora9 using the green screen feature in that editor.

To be honest you could do this in just about any video editor that offers chrome keying.

The tutorial itself is not so much about how to do a green screen although it does show that.

What is more important is that it show what you can do with the green screen effect to make some quite effective.

Everything about June’s new “algorithm update”

Somewhere else on this week’s Friday Roundup there is another video with added blurb by me from Tim Schmoyer.

In this video which is a bit longer Tim addresses what has been perceived by some as a detrimental change to the basic YouTube algorithm.

As is the case whenever YouTube changes the algorithm some people win and others lose.

The losers tend to scream long and loud about the fact and then in very short order a whole bunch of false information and basically guessing occurs until nobody knows what’s going on.

As is usually the case for me I just tune into Tim’s channel and get the real information on what happened, why it happened and what to do moving forward.

I get a bit tired of people constantly touting that the way to achieve a “cinematic look” is by doing this or that thing in post production.

Very often the “this or that” is actually a high ticket product they are pushing or some kind of special effect or… well the list goes on.

Yes there are things that create that look that most of us would identify as “cinematic.”

But the reality is far simpler than you may have imagined.

Check out this video by the very sensible John Luna for an excellent take on what really makes for that look.

How to Light a Scene with Just One Light

This is a video from a YouTube creator that is absolutely aimed at the budding video maker trying to work at the pro level.

I am not for a minute suggesting that any of us are going to be setting up shots to this degree as amateur video makers.

Our method tends to be more than not just running around behind people trying to get some decent footage!

The real reason I am posting it is because Sareesh has a great way of calmly explaining what light is doing in a given scene.

So don’t look at this one as if you are going to be setting up single light shots for a video.

Just take in the information he provides about how certain light from certain angles will affect the overall feel and quality of the shots you are getting.

It should help you to better recognize those moments and from what angles you could be shooting to maximize what you have in front of you.

Everything You Didn’t Know about Blackmagic Cameras

Part of that purchase was DaVinci Resolve the now well known editing and post production software.

In 2012 Blackmagic also announced that they would be releasing their own cinema camera on to the market.

So how is this all relevant to you at the amateur level?

Well I am glad you asked.

Blackmagic didn’t just release these products like most other companies.

What they did was make those products as good as they possibly could and then absolutely decimated the existing price points for similar products that the big boys had been setting for years.

The major players like Avid, Cannon, Sony and even Panavision collectively pooped their pants!

Since then Blackmagic has gone on to even further develop DaVinci Resolve into one of the premiere editing and post production suites and have also released a 4K “pocket” cinema camera at just under $1000!

In the world of ranking video on YouTube there is still a plethora of false information about the subject that seems to get refreshed every time YouTube sneezes.

Even the slightest shift in the algorithm or one person’s negative experience seems to explode instantly into a multitude of “everyone knows” or “this is what you have to do’s” or ” this is what you must not do’s.”

When you sit back and watch it it all becomes rather amusing but for a lot of people their dependence on the platform makes the “sitting back” part very difficult.

If you are involved in showing your videos on YouTube you certainly have to keep up with the latest moves and trends but that lends itself to a fast journey down the rabbit hole of YouTube myths and falsehoods.

One of the ways I use to keep a sense of perspective on the whole affair is to tap into a very small group of YouTubers who I know are always calm and reasoned in their responses to the latest hysteria.

Tim Schmoyer is one of those sources and here’s his take on a recent kerfuffle regarding the connection between ranking and the frequency of uploading.

How to Make A DVD Without A Menu – CyberLink PowerDirector 17

This is just a straight run through of creating a DVD without a full menu structure but at the same time adding chapters.

I haven’t made a DVD for a while now but from watching this video I am pretty certain that although this one is done in the Disc Burning module of PowerDirector 17 the same steps hold true for just about any editing software with disc burning capabilities.

My choice for the best easy to use or simple video editing program has been Filmora for quite a while now.

There are quite a few good reasons why I prefer it over others but probably the main one is this.

Over the past few years there have been greater and greater demands being put on video editing software makers to add more and more… and more features!

People seems to see that one brand does something so they want theirs to do it as well even though there is every chance they will never use that feature!

Anyway Filmora has set itself apart from all of this by being very conservative in the way they add new features and develop the program on and ongoing basis.

What the have really stayed true to is that the appeal of their software is that it is easy to learn and use and is not bloated with a bunch of stuff their users would not end up using anyway.

On top of that the addition of more and more features just clutters up the interface and makes the entire process a pain for those that just don’t need all those bells and whistles.

Now all of this does not mean that Filmora is lacking in any way.

If you just want to edit your videos and get them into excellent shape for a project then I still think you can’t beat this one.

Recently they have been putting out a bunch of tutorials on some of the more advanced tricks and effects you can achieve with this powerful little program.

Below is one on adding animated overlays to a project.

Remember that an animated overlay is just another type of video so here are a few resources for some free overlays you can use in your projects regardless of what editor you are using.

The links for the downloads are under the video.

My Choices for the Best Video Editing Software