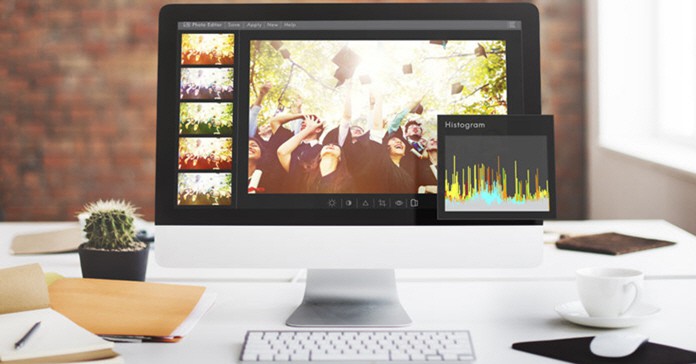 How To Use A Histogram

Now on the surface this looks all very well until you start to get that technology into the real world.

In the “old days” of standard definition of course out of focus footage looked awful but to some degree you could get away with “ever so slightly” out of focus shots and editing software could even save some of it in post production.

However when it comes to high definition there is just no forgiveness in sight!

In other words, high definition takes that saying “warts and all” to a whole new level.

Obviously camera makers have responded to that problem and these days letting the autofocus on your device do its job usually gets good results.

But it’s not just the subject of focus that comes into… well… focus!

There is also white balance and exposure to consider because after all you are just taking a consecutive series of still images to get video anyway.

This leaves the average person pretty much at the mercy of the camera because unless you have the time to learn all the settings and are in a situation where you can “set up” shots, all you can do really is point and shoot.

The upside to all of this is that although auto settings in many cams are pretty good, what has improved over time has been the capability of video editing software to help you to correct some of those less than awesome shots.

Many have some great automatic correction tools but it isn’t until you get into the manual tools that you can really understand just how powerful some of these programs have become.

Of course to get the full advantage there is a learning curve (isn’t there always?) so in light of that check out the video below.

One of the main ways you can correct poor footage in through those correction tools and one of the basic skills to learn is how to read and balance a histogram.

Video Mistakes You Need To Avoid

OK, this is a video that I think not only should everyone watch but they should bookmark it and watch it again (and again) probably every month until they have completely cured themselves of any habit mentioned.

But the bottom line is that until you actually go out and DO that stuff you will really have learned nothing.

Last week I published a full series of articles on how to tackle the process of choosing a suitable video camera to fit your needs.  You can read those posts HERE.

The sheer size of that body of information makes the task of choosing which one seem almost impossible not to mention the fact that almost none of it is can be of any value to the average person with little or no technical knowledge already.

So if you are looking around for a video camera or camcorder or some kind of video capturing device those articles should get you safely started.

While I am on that subject I also wanted to point out one of the ways that people get turned on to things in that field or even turned off.

When you start into the world of video cameras one of the first barriers you are going to hit is the terminology and this is one of the key areas that the marketers of those products really get to manipulate your emotion to get you onboard with the sale.

They wildly extol the virtue of blue widgets over red widgets in a way that makes it seem that you wouldn’t want to be caught dead with a red widget so you go with the product that (theirs) that has the blue widget.

All the while with you having absolutely no idea what a widget is in the first place!

One such “the sky is falling” feature on newer video cameras or devices is the “problem” of rolling shutter.

Good grief we don’t want that rolling shutter now do we?

Unfortunately the only way through these types of “blind ’em with science” strategies is to find out what the real deal is and in fact the article linked below explains it quite well.

To really understand it you need to understand only two basic things.

There are two types of sensors used in modern video cameras.

One is called a CCD, charge coupled device. The other is called CMOS, complementary metal-oxide semiconductor.

OK, big words meaning nothing to anyone except and electronics engineer.

Both are simply sensors that convert light into a digital signal to be used to capture video.

There is one major difference.

A CCD captures all the information at tiny intervals much like a mechanical shutter on a camera works.

The CMOS sensor captures the data in a scanning motion from the top of the sensor to the bottom then goes back to the top.

It is because of this we get an effect called rolling shutter.

Rolling shutter MAY cause straight lines in the video to become distorted BUT… this is a known problem and different manufacturers have ways of dealing with it and in many cases it is not even noticeable, so it’s not all bad news!

Anyway, to get a good grip on it check the link below.

So back in the day there was a huge rule that existed which any editor worth his or her salt would not be caught breaking.

That rule was you should never have a Jump Cut.

Now a jump cut is a cut in the action where the angle of the camera does not change by at least 45 degrees.

Every time a cut occurs there must be at least a 45 degree camera angle change or a complete change of shot or scene.

Of course like all good rules eventually someone came along and broke it in a creative manner and the previously unbreakable rule shifted down into a guiding principle.

These days the jump cut is quite common and can be used with particular effectiveness on talking head videos like the one below.

In fact it is the “go to” cutting effect all the cool kids are using on YouTube!

Rather than endlessly go on about the virtues of using a jump cut I have found a video this week that not only shows some great reasons why you should use them and when but also steps you through the process.

Bear in mind that the video itself demonstrates the technique in Camtasia Studio.

If you don’t happen to be running that software don’t worry, the important part is the technique, not the actual way you do it in any particular editing program.

There is an old saying that goes, “we can fix it in post.”

What that means is the idea that you can get away with not doing a great job shooting your footage and that ultimately someone can fix it all later in post production.

Of course the reality is covered by another old editing adage, “Garbage in, garbage out!”

For most of us he second one is the true nature of making videos but I thought one of the new trailers for the Teenage Mutant Ninja movie takes the concept of fixing it in post to a whole new level!

I was reading the article linked below the other day and suddenly realized that although it is aimed at the “corporate video” market the advice actually applies to just about any kind of video.

It gives a three step process for selecting background music for a video and what it is exactly you are trying to achieve with that music.

There has been a lot written about the subject of selecting music for videos but I have to admit this is the first one I have seen that gets it down to the essentials very efficiently.

The process itself is just to identify the mood of the video and sue music that suits, select the right genre of music that fits the video then decide whether the music should or should not have vocals or be just instrumental again, based on the contents of the video.

Worth a quick read for sure.