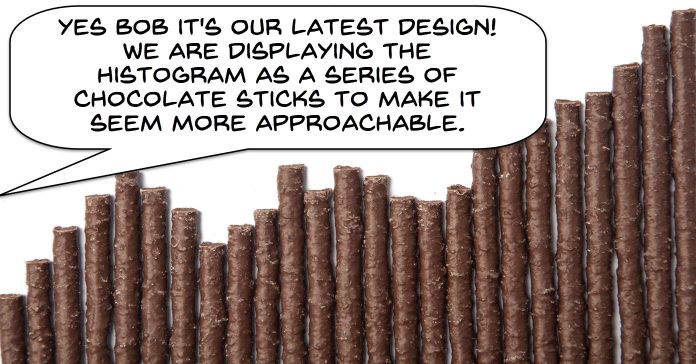 You Think You Know HISTOGRAMS?

Most of the fully loaded video editing solutions at the consumer end of the market these days come with some pretty good color correction and color grading tools.

However the problem with all of them is that they are tools and their effectiveness is closely tied to the ability of the person using those tools.

Now before we go any further I am sure that most people have at some time come across some kind of “auto-enhance” or “auto-correct” setting or feature in video editing software.

It is also likely that you have used it once, observed the horror of the results and never gone near it again!

The reason they are generally so bad is because no software can actually “see” an image or in the case of videos, a series of images.

All they can do is analyze the pixels, make a guess as to what would be a likely overall balance of the pixels present then make an adjustment.

So, the bottom line with both color correction and grading is that it still is a manual art based on you using tools to adjust what you see.

At the very heart of those tools is always the Histogram, that mysterious little box with what seems to be a wave form that somehow has something to do with the colors and shades in your video.

If you can crack that the rest of it will fall into place pretty quickly.

Check out the video below for a great explanation of exactly what the histogram is and how to start using it.

One of the key metrics that YouTube uses when evaluating your content on their platform is a term called watch time.

Watch time can be calculated on a video by video basis or it can be counted by the amount of time a viewer watches your content in an overall sense.

One of the best ways to keep viewers watching your content after the initial video they see is by the use of End Cards which direct them to more of your content.

Making End Cards for every individual video you upload can be done within the YouTube editing interface but to be honest it is all a bit fiddly and time consuming.

The best way to add End Cards is by utilizing a template that you can use over and over again.

This not only makes the process faster and less painful but also helps to maintain a consistent branding for your videos which is another good way to build viewership.

The tutorial below goes through the entire process of creating an End Card template using free software anyone can access.

So as we move into 2019 maybe you are thinking of starting up that YouTube Channel and finally making your way to fame and fortune! Or maybe not.

Anyway if you are thinking about it or are already doing it then now is a great time to check out what is working and what is not working on YouTube right now.

You can’t just slap up a few videos anymore and expect it all to come together!

YouTube is now a highly competitive and highly crowded platform to succeed you need to know what to do, how to do it and why.

Another good video from Tim Schmoyer offering some insights into being successful on YouTube.

A lot of people fall into the trap of trying to create content that is ultra slick and perfectly scripted when in reality that’s not what YouTube users really want to see.

The lost point in all of this is that at its core YouTube is a social platform above all.

The reality for many of us is that life’s little luxuries like gimbals, dollies, tripods and Steadicams are probably off the table for just about everything we shoot!

That leaves us most of the time with handheld footage shot in high definition and all the shaking, jittering and general bouncing about that usually ensues!

So the only choice we really have is to just get better at shooting handheld footage.

In the Shooting Better Video section of this site are some basic tips on shooting handheld which you should definitely learn and practice.

You can see them HERE.

On top of that you can also check out the video below which goes deeper into the subject and has some great advice on types of shots that are more suited to handheld as well as other finer points.

OK so if you have a DSLR or a MILC that you are using for video then unless you are using different lenses you are not really taking full advantage of what you have.

On the flipside of that statement is that understanding different lenses and how they affect your footage is a nightmare!

Not really sure of the video below will get you any closer to that understanding but I thought I might as well throw it in for good measure anyway.

In watching it I would definitely have my finger on the pause button and the second you miss something, rewind and watch that bit again.

PowerDirector – Differences between the Audio Editor (v. 17) and the Wave Editor

With the release of CyberLink PowerDirector 17 (Review Here) an added program that used to ship with the main editor was discarded with the features of that separate program being moved inside PowerDirector itself.

Older versions of PowerDirector were pretty much like the rest of the pack when it came to audio editing.

To at least address this shortcoming they used include a program called WaveEditor that in many way was similar to the free audio editing program called Audacity.

It could only deal with .wav files but had a very good feature set.

To actually use it you had to export the sound track from the video editor as a .wav file, open it in WaveEditor, do your work, save it as a file then load it back into the editor.

It was all a bit round about but at least it got the job done.

With version 17 of PowerDirector they have dropped WaveEditor altogether and integrated all of its features into the main editor’s audio editing module… much better!

Of course over the years many people had become a little attached to WaveEditor and there has been just a smidgen of whining going on about it all!

Anyway the video below goes into the differences between the two and in my opinion the new system is way better.

About a week ago or so Wondershare very, very quietly released a new version of their video editing software Filmora.

A week or so prior to that they had released an update to Filmora taking it to version nine giving it the slightly strange name Filmora9.

However just after that they came out with another version of the software called Filmora Pro and to be honest, if you weren’t paying attention you wouldn’t have noticed!

Anyway what this new “Pro” version seems to be is a solution with far more editing features along the lines of CyberLink PowerDirector, Magix Movie Edit Pro etc.

Now the reason I say “seems to be” is that I haven’t checked it out yet and I have heard nothing from Wondershare themselves yet so I am not really sure what they are doing!

Anyway, some time in the next few weeks I’ll try to get hold of a copy and see what all the silence is about!

This is another in a series of recently released tutorial videos from Filmora.

Since the re-design of the interface in Filmora9 a few things have changed but not really all that much.

Mainly what they have added or improved are things like accessibility to existing features and enhancement of the degree of control you have over those features.

This one covers the green screen module.

This is a pretty straightforward run through of some basic editing moves in Filmora.

The process is exactly the same for most editing programs that have multiple tracks on the timeline and most of them follow the same principle.

One feature that is pretty much exclusive to CyberLink PowerDirector is a module called Content Aware Editing.

The overall purpose of that module is to provide the user with complete information about individual clips or all the clips they may be using in a project.

Armed with that information the user can then make informed decisions about the project in an overall sense when it comes to project settings and final output settings.

Most editing software these days provides at least some kind of guidance in this respect but the CyberLink version is by far the most comprehensive.

The main reason for a feature like this is that the current videos files we as users are going to be presented with are more than likely some kind of file based on the H.264 codec.

That means we will be working with .mov files or MP4 files but at the heart of those files is the H.264 codec.

That codec was never designed with editing in mind so in order for you and I to use them in editing an enormous amount of processing work has to be done by the computer carrying out the editing.

The more you can get your video ducks in a row before you start, the lighter the load on the computer and the smoother the editing experience.

I have included the first video below in the series uploaded by SharperTurtle on their YouTube Channel and there are links to the other two in the series below that video.

Even if you are not running PowerDirector the series gives a great insight into the whole area of video file properties and effectively dealing with mixed assets on the timeline.