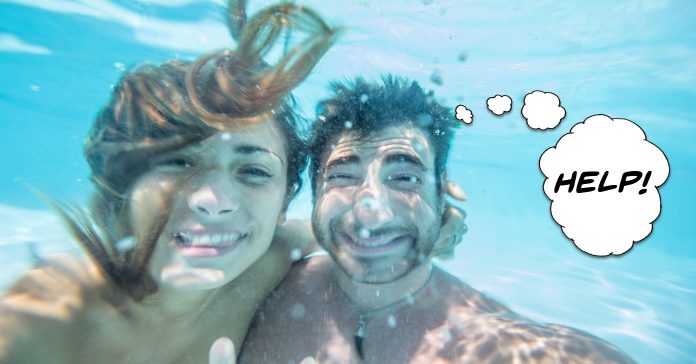 With various action camera choices these days and access to affordable waterproof housings, underwater shooting is not the technical nightmare it used to be.

Check out the video below for some excellent and practical tips on planning and pulling off an underwater shoot.

How to Shoot in Daylight Without Lights or Reflectors

This is what I thought to be an excellent video for the amateur videographer.

One of the conditions that we are always faced with is that we are rarely in a position where we have control over the light.

Given that the lighting in a shot is pretty much going to determine how it looks we are usually very much on the back foot!

In the video below Sareesh covers in excellent detail just what is happening with natural light at any given time of the day and how that light affects the final look of your video.

He also covers how you can adjust your shooting in various way to tame whatever light you are presented with to get the best quality you can.

Why TIPS and TRICKS Aren’t Enough

Jeff Bartsch is a professional video editor with years of experience in T.V. productions and the motion picture industry.

His channel on YouTube is called Project Greenlight and is aimed squarely at the person operating at the advanced amateur level and wanting to step up into fully professional.

I generally do not include much of Jeff’s work because it tends to be aimed at that audience.

I do however include his stuff when I think it applies to all levels of editor.

The video below is a very long introduction to a masterclass he will be hosting and is primarily aimed at selling tickets… so let’s not fool ourselves here!

The reason I have added it to this week’s post is that along the way he makes some very excellent points especially on the subject of tips and tricks.

To me the whole idea of just learning tips and tricks along the way is a great way to get yourself started in editing and in short order, making some decent videos.

That’s basically why I publish this Friday Roundup every week.

That is all very well in itself but if you want to really take your video productions to the next level or are even considering going pro then you are going to have to leave the tips and tricks behind and go deeper into the subject.

Check out the video and see what you think.

Recently DJI released the Osmo Action Cam and since then there have been numerous reviews and videos made on the subject.

Overall it has been very well received with very few people reporting what they consider to be downsides to the cam.

If you are thinking about purchasing an action cam it seems that right now you are looking at the Osmo Action or the latest GoPro offering.

There are others of course so I thought I would add the video below for a comparison of some of the current cams done by a professional photographer that knows his stuff.

One of the key points upon which most modern “YouTube” style videos are anchored is that of transitions.

A few years back a lot of amateur or budding professional video makers realized that prepackaged transitions looked cheesy and amateurish.

They also realized that within the entire gamut of technical things they needed to know to achieve a “pro” look the easiest and fastest to learn was transitions.

Very quickly we started to see a plethora of whizzbang, spinny, whirly transition thingies that in reality were no better than the cheesy prepackaged ones! Why?

Because they distracted the viewer from what they were supposed to be watching on to the transition itself.

The transition is supposed to transition (verb) the viewer’s attention from one scene to the next.

Like many things in video editing these days the technical ability to do something does not automatically mean it should be done.

Check out the video below for some great transition ideas but more importantly a better understanding of why each one should or should not be used at any given time.

What most people don’t realize when they are watching those whizzbang movie trailers that are all dancing and all singing on the screen is that for the most part they follow a formula.

So the next time you are about to show off your latest video project to whoever… why not practice a little by making a trailer!

This is an interesting walk through of a particular effect from a Billie Eilish video.

What I found to be most interesting is the question that the guys making it ask themselves all the time.

That question is whether or not any aspect of the effect should be done digitally in an editor or whether physically creating the shot would be the better way to go.

Given the complexity of the sequence and the need to build at least parts of the set up I am not expecting anyone to actually do it!

At the same time I still think it is worth watching to get the idea.

This one is a demonstration of how to achieve the effect of a still image developing before your eyes as if it were taken on an old Polaroid camera.

Not sure how many places an effect like this would be appropriate but here it is anyway!

With the purchase of Filmora9 you gain access to a huge library of what they call Elements.

Basically these are graphical animations that you can add to your projects to visually spice them up a bit.

Most people tend to think of these effects in terms of presets that you just add on.

What they often don’t realize is that these elements themselves can be further customized to better suit your projects.

In the video below the guys from Filmora9 go over the control you can exercise when customizing these elements.