You are here: Home / DIY Video Editor Blog / The Friday Roundup – Some Shooting Tips, a bunch of Editing Tips and More! 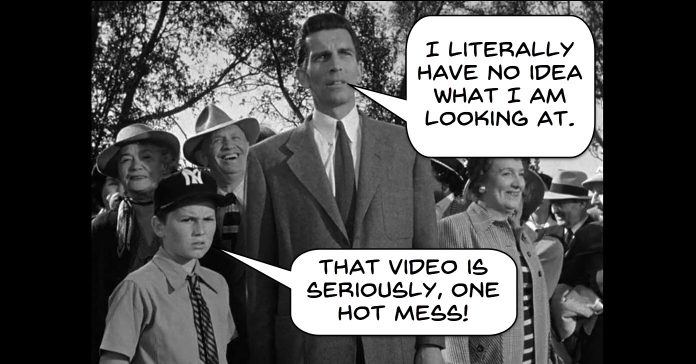 5 Ways to BREAK THE RULES of Filmmaking

I am sure most people who have done at least a little research into shooting and editing their videos would have come across a number of very basic rules on both subjects.

Things like the rule of thirds, leaving head-space, the 180 degree rule are just a few of them.

One of the difficulties in describing or explaining how to use these rules is that in just about every case it can be just as valid to break them as well!

Really being able to use them (or not) comes down to understanding the reason for each one and what effect that particular rule has on your video and subsequently the, viewer.

I think the video below does an excellent job of very concisely explaining each one so that you can understand easily why the rule works and why breaking the rule can work as well.

This is a tutorial done in Adobe Premiere Pro CC covering some very simple yet powerful tips to make your video look and feel so much better.

The main takeaway here is that NONE of these tips actually need Premiere Pro!

I have watched the whole thing all the way through and these are all things you can do in just about any editing program I recommend on this site.

In all honesty anyone using perhaps Filmora would not quite make the grade but all the rest would be fine.

How to Edit Video to the Music Beat

One of the easiest ways to find cut points on your videos is to sync your cuts or edits to the beat of the background music.

Having said that remember that one of the easiest ways to make you video downright boring or unwatchable is to… sync your cuts or edits to the beat of the background music!

The reason for that is that someone just mindlessly telling you to cut on the beat is not really giving you all the information regarding this technique.

There are two videos below that go into thew concept more clearly and both offer some excellent on screen examples of finding interesting cut points using the beat of the background music as a foundation.

How to Make Smooth Video Edits

This video is a “must see” for anyone wanting to improve the quality of their results.

There are a million videos out there on editing and as far as I have seen so far very few actually give actionable advice.

By that I mean that most of the videos go into theory or long winded esoteric discussions about editing that really leave you with nothing by the end.

This one is different and really breaks down some interesting concepts in editing and then proceeds to actually show them to you onscreen.

Well worth a look.

On Becoming a Time Lord

One of the most powerful aspects of video editing and at the amateur level, the least used or understood is the concept of manipulating time.

Most people are unconsciously doing it when they cut down that four hours of footage they took on a walk through the local forrest.

But they are only doing that to just cut down the length of the final video to what they believe to be a digestible length for the audience.

The more professional approach is to identify sections of that same project then decide to either speed up the content in that section, slow it down or play it in real time.

This introduces the concept of “pacing” in your projects and is a far more interesting way of manipulating time to keep the viewer engaged.

Getting Some Perspective on Computer Resources

Recently I have been beginning to get more and more queries regarding a particular problem so I thought I would address it here on the blog.

The complaints I have been receiving have been with regards to users noticing a degraded editing experience, glitchy final video output, out of sync problems or even in some cases programs freezing.

On the face of it these problems do not seem to be related in their nature yet in each case I found there was one common factor.

That factor was 4K video being used every time.

Now because each user is sitting there looking at their respective video editing software choke out in some kind of way the logical question for them is, “Why can’t my software handle 4K when it says it can right there on the pack?”

Unfortunately and even though logic would suggest otherwise, that’s totally the wrong question!

The reality is that if your video editing software says it can handle 4K then the chances are it can, full stop, end of argument.

The real culprit here is not the software, it is a combination of two main things.

First is the fact that most videos at 4K or above are being recorded using the h.264 codec which at no time was designed with editing in mind.

It was designed purely as a distribution format by a consortium of members who had no interest in the editing aspect of the process.

The second problem here is that the resulting structure and functionality of the H.264 codec is such that an enormous amount of stress is placed on the computer dealing with it… and that’s just for playback!

When we hit editing and all that it entails the demands go through the roof!

So yes, your editing software can easily handle 4K video BUT!

The real question is whether your computer can do what your software is demanding it do in a timely manner.

To give you just a taste of the kind of resources the pros are now using for their dedicated video editing machines take a look at the specs of the computer listed at the link below.

Then compare it to what you have and I think you will notice a bit of a difference!

6 camera Tricks to Spice up Your Videos

One thing that drives me absolutely nuts on the internet and especially with videos, is the way the presenter or creator will tell you what is in the video then spend the next five minutes not providing that information.

Sometimes I sit watching these things thinking to myself, “Just shut up and get to the point!”

Not so with the video below!

These are 6 very simple tricks you can use at the shooting stage to really make you videos pop.

Many of them kind of fall in line with the idea of not having to do very much post shooting editing but just about all of them could be “tidied up” a little in an editor anyway.

Each point is stated, illustrated, demonstrated and then repeated for certainty with a minimum of fluff and is well worth watching.

Both in the free Video Editing Tips download you can get on this site and in the Shooting Better Videos section I cover a couple of concepts which when applied will always lift your projects.

The problem is that most amateur editors and videographers find it difficult to put these concepts together in a cohesive way.

That’s one of the reason why whenever I find something that shows it I put it up here on the Friday Roundup.

So the concepts I am speaking of here are the idea of having a plan before you shoot, telling the story in the project and using wide, medium and closeup shots.

Individually none of these ideas are too difficult to grasp but when it comes to putting them all into practice in one project it can be a little daunting.

So, check the video below for an excellent run through of how to capture the footage you will need to be able to represent and event creatively and in a way that is a cut above endless hours of footage shot in sequence.

In fact I doubt very much that anyone would really need to watch a video on how to do it BUT!

The reason I have included it is because it shows very clearly the downside of cropping something and then resizing that object back up to the full resolution of the project.

The inherent problem with cropping and subsequent re-sizing is that there will inevitably be some degree of image degradation.

This is simply unavoidable unless you are using oversized assets in the first place.

The amount of degradation will depend on the original video quality and on how severely you cropped it in the first place.

The only way to avoid this altogether or to at least make it way less noticeable in our 1080p example would be to use 2K or 4K resolution video, add it to the 1080p project, crop it and resize it to fit the 1080p resolution.

One of the standard tools that comes with CyberLink PowerDirector is one called Magic Cut.

Magic Cut is a semi automatic tool that can take a video asset or a whole bunch of them and create an edited clip.

You can exercise control over the length of the final video you get, the way the scanning technology evaluates sections of footage and a few other parameters.

All of these affect the final output.

Personally I fond it a little strange that someone would get hold of a powerful piece of software like PowerDirector and then choose to have it automatically try to create a video but that’s just me.

Anyway if this kind of tool appeals to you then check out the video below for a demonstration of it and a pretty good indication of the quality of results you would get.

How To Layer Text Behind Objects

So you have all probably seen the effect of having text in a video that seems to move in front of of some parts of the video but behind others as if that text was actually IN the video and not just laid over the top.

Well kids it is easier than you think as long as your video editor can handle masks… which most can these days.

The video below goes into detail on how to do it but take note that the software being used is totally irrelevant to the action.

The concept is basically loading a clip onto the timeline then overlaying that clip with a copy of itself.

You then mask out a section of one of the clips and load the text in between those two layers.

It is very straightforward but achieves a pretty cool effect.

The only really fiddly part is creating the mask to cut out the bits you don’t want.