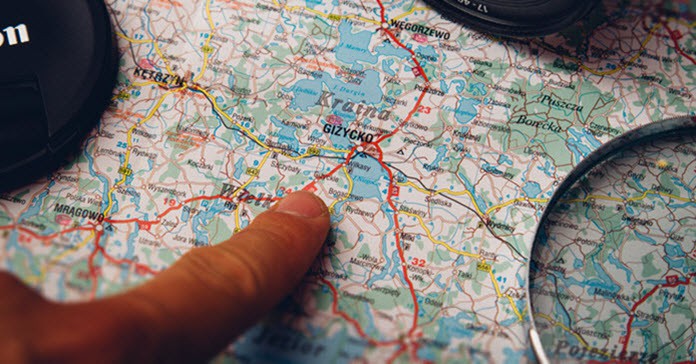 It’s Not How You Start It’s How You Finish!

So far we have covered the perils of searching out information online in order to make a reasoned choice of camera.

Bear in mind that just because you have your marketing and sales amour on it is probably best that you refrain from stepping into the ring just yet!

Yes you have great defense but that’s only half the equation, you still need a plan of attack.

So to get that plan started your first task is to realistically evaluate for yourself two main factors.

What kind of videos will you be making and under what circumstances you will be making them.

Remember that the camera you choose will be a tool for you to use in creating your video projects and it is important that you choose the right tool for the job.

If you plan to be shooting mainly family events like birthdays and holidays then lugging around a full sized dedicated camcorder with a separate audio recorder is just not going to cut it.

Even with something as seemingly simple as a family holiday you have to imagine having that device with you at all times and what that would mean.

A full DSLR still camera with high quality video features sounds pretty good but lugging it around with a camera bag as you try to keep up with the kids is going to very quickly take the fun out of that holiday!

Home movies like family gatherings, parties, holidays etc are generally shot in a “shoot it as it happens” kind of way.

They are typically shot handheld without any type of stabilization such as a tripod because of the fact that the shooter needs to keep moving around to grab the action.

This need to keep mobile means that the opportunity to adjust or “set up” a shot is almost non-existent.

Zooming in general is far more effectively achieved by simply moving closer to the subject (zooming with your feet!) instead of fiddling with something on the camera.

In this case something with a fixed lens and a long focal length (keeps things near and far in focus) can be enough for the job.

Any low cost camcorder will do just fine and these days the need for even that may not be necessary.

You may not have to look any further than your mobile phone as many of them today come with very good video capture capabilities in high definition.

The two questionable areas of this level of camcorder or mobile device including point and shoot cameras is the audio quality and the cameras ability to perform in low light conditions.

Because of the staged nature of events in general you can take the level of quality up a notch without having to lay out a great deal more money.

The action at an event often goes on uninterrupted for longer periods and generally occurs in larger spaces.

To deal with that there are a few things you need to look at.

The first is the need for the device to have some kind of mount to attach a tripod.

Trying to shoot steadily with even a small handheld camera can become very tiring and very boring very quickly!

Having the correct mount for a tripod on the cameras and using one will prove to be a godsend in a short amount of time.

As I mentioned previously the nature of event video is such that you will most likely be dealing with a larger space.

To handle that effectively you will also need the camera to have decent zoom capabilities.

In the Home Movies category above I mentioned this is not really all that necessary and zooming itself is very often more of a distraction that an enhancement.

This is not so in shooting in an event scenario and you need to take a careful look at the subject of zoom itself.

Within the event shooting scenario you will also need to take a closer look at your audio recording features.

The greater shooting distances involved, the greater possibility of ambient unwanted noise and a whole range of other factors begin to come into play with regards to audio.

If your event type videos are going to extend into the field of weddings then absolute control over audio becomes a no-brainer.

Later in this report I will cover in more detail some of the things to keep in mind when it comes to audio and video.

Sporting or action videos present a specific set of demands for your choice in camera which mainly involve two aspects.

The first of these is the wide variation in shooting conditions with regards to lighting, shooting distances and available light.

Once again you will need to factor in that you may be shooting over long distances and for longer amounts of time which brings us back to the need for a tripod mount.

Bear in mind that the longer the distance is between you and what you are shooting the greater the effect camera shake will have on the final video.

Using a zoom in this situation will even further exacerbate the camera shake problem so for this kind of video the tripod mount moves from being something desirable to being essential.

The second problem presented by sports videos is that of capturing motion which in itself adds another headache to the mix.

Modern video cameras of any description are going to be capturing that video by allowing light to hit the sensor and then internal software (firmware) converting that captured light into digital information.

The amount of information is huge so in order to be able to store any meaningful amount of it, the information has to be compressed into smaller video files.

The idea that the camera’s software is “compressing” the information is a bit of a misnomer really.

What the software is actually doing is evaluating the information on a constant basis, deciding what is important and what is not, and then throwing away everything it feels it doesn’t need.

They call it compression because that makes you feel better!

In truth it’s really just dumping stuff and keeping a tiny record of what was dumped.

I am sure that if the software makers told you that they had come across a far more efficient video file information dumping system you would not really feel too comfortable with that!

In most cases when you are shooting scenes that don’t really have a great deal of motion in them everything looks fine.
The problem arises when there are high levels of motion in the scenes being shot.

The compression software needs to store extra data in these moments to preserve the smoothness and natural appearance of the footage.

If the rate at which it is storing this footage is too low then the video looks jumpy and awkward.

The way to avoid this is to record at a higher rate of data which in turn causes the creation of very large video files, very fast!

Changing storage cards constantly throughout the action is not going to give you the results you want.

Depending on how serious you want to get about your action videos you may also need to look at Optical Image Stabilization and a mounted shotgun microphone to capture decent audio.

This level of production has traditionally been confined to the very upper end of the dedicated professional camera market… but not anymore!

DSLRs and even iPhones have recently been used to record broadcast quality footage for T.V shows on major networks and a recent award winning entry at the Sundance film festival was shot entirely on an iPhone.

With full High Definition 1920x1080p resolution being widely available at almost all levels of the camera market things have dramatically changed.

In fact the new UHD (Ultra High Definition) 4K video files formats have recently found their way down to the sub $1000 price point cameras and it will only get better.

To achieve the best results at this level you will need the advantage of interchangeable lenses, 24 frame per second recording and large sensors for image quality.

You will also need complete control over manual settings as well as access to professional level audio recording devices and the ability to monitor the audio through headphones as it is being recorded.

If you plan on incorporating any green screen (chroma key) effects or color grading then recording to uncompressed raw video files is a must.

Next in the series: Sensors, Auto Vs. Manual Controls