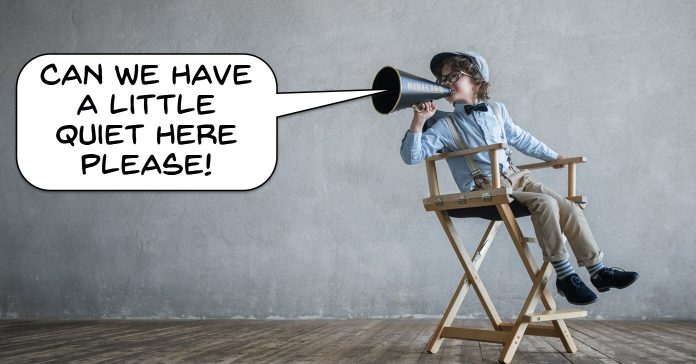 For the average amateur video maker probably one of the hardest things to control at the shooting stage is that of audio.

Most of the time due to equipment constraints and a lack of control over the shooting environment you end up with audio that is all over the place.

Taming this beast in editing software is somewhat possible but even then the results can be less than what you may have been hoping for.

In the video below they go over a few tricks and tips you can apply at the shooting stage to to at least give you a fighting chance to get better audio to work with.

A few of the tips involve recording audio on a separate recording device and to many people that may seem to be out of reach.

However given the fact that most of us are carrying around a mobile phone these days there are a number attachments you can use to turn that phone into a reasonable audio recorder.

Every video editing software package you will come across or have right now will be jam packed with a bunch of pre-set transitions.

Most people use them all the time in the normal way and that’s all well and good.

I am not going to go into my usual rant on using pre-packaged transitions here!

However there is one way you can use some of those transitions and even some special effects packages that most people don’t think of.

Many of your transitions or special effects can actually be applied to titles as well and in the video below you can see an example of that use.

Next time you are playing around in your editor why not create a simple title then go into your special effects or transitions and see what kind of funky results you can create!

Well as it turns out no sooner had I added the video above to this week’s Friday Roundup than the guy who made it posted a backup.

I suspect the original video sparked a few questions resulting in the video below.

In this one he covers the concept of using transitions in titles a little more generally as well as offering an excellent extra tip.

One problem with using transitions and effects on titles is that the effect or transition may end up being applied to the underlying video as well. In the video he gives a great workaround for that problem.

By the way, don’t be put off because this is all done in PowerDirector 17.

The same principles apply to just about any video editing software you are running.

Your average video editing software and the Windows system itself generally only offer quite basic information with regards to the video, audio and image files you may be working with.

However sometimes when you hit problems or strange behavior from your editor you may need to dig a little deeper to find out exactly what kind of files you are working with.

My “go to” tool for this task is a free program called Mediainfo.

Anyway, as I said it is a free program but it does have a slightly confusing interface so here’s a video that will run you through the basics of using it.

If you are trying to gain viewership and improved rankings on YouTube then this video is a must.

After many years of YouTube operating there have been some very basic “rules” established as to what will work on that platform and what will not.

These days it is not enough to just slap something together and upload it!

You need to create the video in a way that it can be discovered and more importantly present it in a way that viewers can understand and will meet their expectations.

A good roundup of those basics are contained in the video below.

OK so this entry is hard to explain and here’s why.

Video Pro X is a fully professional video editor made by Magix and has been around for about 11 or 12 years now.

It is not really a “household name” when it comes to editors at that level.

Part of that is because Magix is a European company and although Pro X is very popular there, it has never really made huge inroads into the rest of the world.

Feature for feature it stands at around the level of Premiere Pro or Vegas Pro and comes in at around $400.

For that you get a seriously powerful pro editing package.

You can read my review here.

Anyway a few years back they dropped the version number from the product given that it was under constant development and upgrade anyway and just called it Video Pro X… well sort of!

For some reason they have just announced a new release under the title Video Pro X 11… but then again on the website there is no 11.

So aside from that if you are looking at moving up to a professional editing solution I would strongly advise taking a look at this one.

Remember, the guy with the lower market share tends to try that little bit harder!

I suspect this is the final video in the travel vlog series of “How to’s” from the guys at Filmora.

You can see the previous ones if you just scroll back through my last two Friday Roundup posts.

In this video they move from having a largely completed video through to adding a few tweaks at the end to give you a polished final product.

This is a slightly more advanced tutorial on the use of layers, green screening and key frames inside Filmora Pro.

Just as an explanation here Filmora Pro is an advanced editor the makers of Filmora9 brought out about 6 to 9 months ago.

A fairly large group of users of Filmora9 were agitating for more advanced features to be incorporated into the existing software.

The makers of the software resisted adding those types of features because the actual appeal of Filmora was that it was easy to use and more importantly, easy to learn.

Endlessly adding more complex features would have only resulted in the simplicity of Filmora9 being lost and that would have been a shame.

In fact that’s why I have Filmora9 listed as the best easy to use video editing software on Best of page here.

So to satisfy all those eager beavers Filmora Pro was released and it is really a quite advanced and capable editor if you are looking for more complex features and capabilities.

How to Make an Intro – CyberLink PowerDirector 17

Having a pre-made intro sequence to your videos is a very powerful way for you to brand those videos and begin the process of your audience recognizing you as a creator.

This is especially important on places like YouTube where you want to stand out from the crowd.

If you take a look at just about any successful YouTube Channel you will see more often than not a standardized intro sequence.

In the video below Maliek from PD University provides a step by step walk through of creating such an intro.

Now even if you are not going to need an intro for any of your videos the tutorial is an excellent resource all by itself.

It covers the use of animated videos or motion loops, alpha channel videos, and .png images in any project.

This is a simple overview of the stabilization feature in PowerDirector 17.

It is not a bad stabilizer and it is quick to use in certain situations but let’s face it, it is fairly limited.

For more control you can always go to the more advanced settings than are shown in the video to really get that video calmed down.

OK so let’s be honest here.

There is nothing learn from this video and the only reason I am including it is because the camera techniques and effects are awesome to see.

Sure there is a bunch of Game of Thrones stuff and we all know there has to be epic shooting behind that!

The one I really like are the one where you think they would have used a special effect or CGI but in fact they went with a physical arrangement to get the shots.

Pure entertainment for me!