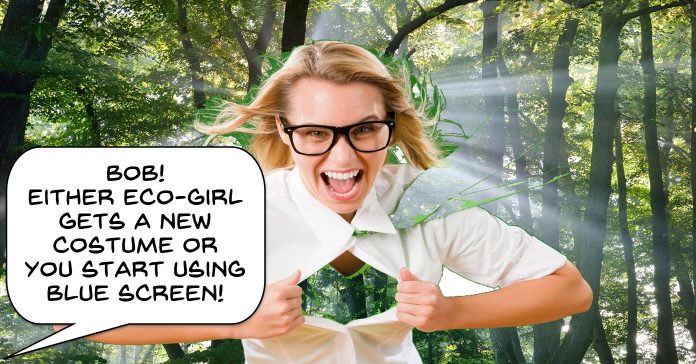 The reason they did this is because since they have dropped the convention of re-naming each version numerically they have probably realized they don’t have an annual marketing “moment” anymore!

Most software re-releases once per year with a major upgrade comprised of an incorporation of the past year’s patches and fixes as well as new features.

They then renumber the software and make grand PR and marketing type announcements to drive sales.

Not so for Magix who dropped that model a few years ago.

As far as the software itself goes it really doesn’t make much difference what model any of them follow but in the case of Magix it does tend to allow the software to get a little forgotten through the year.

So if you are looking for some video editing software why would Magix Movie Edit Pro be a possible choice?

The answer to that lies pretty much in the state of editing software generally at the moment.

At a base level there is almost nothing that would separate most of the big players.

They all cut, slice and dice as you would expect.

Very often the suitability of one over another comes down to an emphasis on a particular set of tools or type of project you want to use the software for.

In the case of Magix this is no different.

What really sets it apart are three main tools in which it excels.

All of those tools were added in response to the demand for handling action cam footage but apply to any footage really.

They are the stabilization module, multi-cam editing and the shot match.

Stabilization is pretty obvious but in MEP there is particular attention paid to being able to tailor that stabilization to match the camera movement or shake you have.

Multi-cam editing was introduced by Magix a while back and they were one of the first companies to offer it.

However it is when to add all that to the shot match feature things kind of take off.

The shot match allows you to line up footage that may have come from different sources or was shot at different times or from different angles resulting in the color of the shot being very different.

In any project differences like that can be very distracting to the audience because the viewer subconsciously asking himself if we are still in the same place or at the same time.

The shot match features allows you to match those shots from a color balance point of view to make them seem as if they we all captured by one source in the same circumstances.

Blue Screen vs Green Screen: Which should you use?

The term chroma-key is one that gets bandied about quite a lot and most often is associated with the term green screen.

The reason for that is that the most common form of chroma-keying is done by using a green screen.

However the same effect can be achieved by using a blue screen and back in the day, blue was more commonly used especially in TV production.

I am not going to go into all the sciency stuff about why and how it works.

What you do need to understand is that in my opinion 90% of what goes into being successful with chroma-key is in the shooting, NOT in the editing.

So that leaves the question as to which color to use for your chroma-key.

If green seems to be the “go to” color why would you ever use blue?

Check out the video below for some tips on using blue or green for chroma-key.

The proliferation of videos and channels on YouTube over the past ten years would hardly qualify for the “Late Breaking News” category but that rapid expansion has caused things that sometimes remain a little hidden.

Add to that the need for Google through YouTube to generate profit and those little hidden changes may not exactly be what you wanted.

One of those changes is relevant to everyone regardless of whether you are a content creator on YouTube or just a user and it has to do with notifications.

A while back now whenever you subscribed to a YouTube Channel and that Channel published a new video you would generally receive a notification alerting you to the fact.

Now I am not sure when the change kicked in but for a little while now I noticed that these notifications were not coming though anymore.

Occasionally there would be one but my mistake was thinking that perhaps the channels I subscribed to had slowed down in producing new content.

This all came to a head the other day when I checked my RSS reader and realized that all of these channels had been producing content and that YouTube was simply not telling me about it.

Then I came across the video below from The Basic Filmmaker confirming what I had begun to suspect.

Well I think it comes down to two main reasons.

First is the need to cut down on sheer computing power and bandwidth required to be constantly detecting new videos, isolating the subscribers and then pushing out notifications to that subscriber list.

The second reason although a bit more cynical is probably the main one.

That YouTube are being very aware of their bottom line and that sending notifications amounts to a free distribution deal for millions of creators who they might otherwise be collecting fees from.

It kinds of backs the creator into a corner whereby he has two choices.

He can one by one go through the entire subscriber list and send out a notification of the changes and request that each one go into their preferences for that channel and change the setting to “Receive Notifications.”

Or, they can pay to promote their videos.

TrueTheater Color is a feature in CyberLink products that was introduce a few years back in their playback software.

It is a proprietary technology that allows lower resolution footage like that of a VHS tape or a DVD to be played on a HD screen at almost full resolution.

It is certainly not perfect in itself but really does go a long way in making standard resolution videos look pretty good on larger HD screens.

Last year this technology was ported over into CyberLink’s video editing software PowerDirector.

I must admit I got a bit excited at the time thinking that finally someone had cracked the code for us to be able to take all our old SD material and convert it up resolution to HD.

Sadly not so and I am still waiting for that one!

However what that module in PowerDirector can do is to apply some pretty awesome enhancement of existing video in the color department in a way that is far easier and way less fiddly than by trying to color correct or grade.

Check out the video below for a run through of this feature in CyberLink PowerDirector.

This is yet another video produced after the release of Pinnacle Studio 21 a couple of weeks ago and to my mind is one of the best so far in introducing the new interface of that software.

Easily the last ting that was holding pinnacle back was it’s interface.

It was old, looked like something out a 1980’s Modern Design brochure and was just wildly complicated.

Over the years they had just continually added more and more menu items and icons and button and knobs and sliders and whatever as the feature set grew and grew.

The result was that you had easily the most feature rich video editor at the consumer level in your hands but just opening up that interface made you want to lie down in a darkened room for an hour to calm down.

In my own experience it remained the ONLY editor I have on my computer where if I didn’t use it for a few months I would come back to it, open it up and literally have to re-learn the entire thing again.

The new interface is like night and day by comparison.

Why Texture is so Important in Filmmaking

Nothing to learn here really but I thought it was a well thought out presentation of an aspect of video or movie making that often you don’t see or think about.