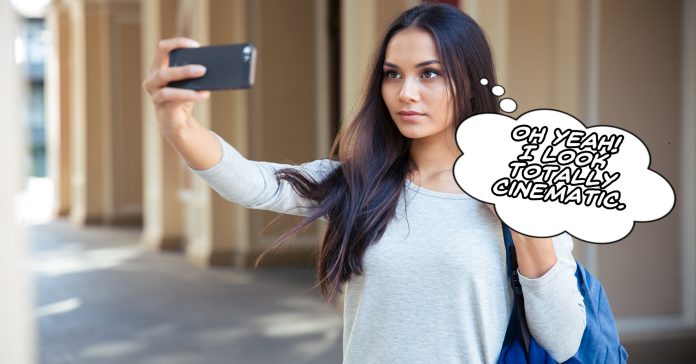 One of the problems that is created by the modern batch of video cameras and video editing software is that after a while everything starts to look the same.

The reason for this is that when shooting in high definition the safest way to go is to use the auto settings of the cam.

We don’t usually “set up” shots and almost never have a chance to shoot something again if the first “take” wasn’t right.

Live action is the order of the day and because of this we are slaves to the auto setting!

The same tends to be true for video editing as well.

There are some amazing features on offer within editing software at the moment but most of these have been set to a “vanilla” preset in order to make that feature more user friendly.

Color correction is a great example of this although it applies to just about everything!

You load your clip into the software, choose to color correct, a module opens up and suddenly you are confronted with an overwhelming array of knobs and dials and switches and color wheels and an impenetrable sea of words you have no idea the meaning of.

Most people have a bit of a play around with some of it until the original clip looks awful, then quickly reset back to the original.

Finally you see some auto functions or presets and go with them.

If they look OK you accept, if they don’t, you escape out of there as fast as you can vowing never to do that again!

All of this is basically the source of the “sameness” you see in a lot of the video on YouTube.

They are very often the result of shooting in auto, loading into an editor, accepting defaults or presets and rendering out with the least amount of fuss.

The difficulty in trying to raise your video projects out of the ordinary and above the pack is working out which points are the important ones.

What are the settings or features that you should really take the time to learn to create an impact.

Check out the article below from over at the Magix blog where in my opinion the author isolates just a few of the key factors involved in taking your “home made” looking videos and elevating them enough to stand out.

When it comes to problems with video editing in general I think I can safely say that computer resources (not editing software) is the one thing that always seems to come up as the reason for those problems.

It’s kind of like the dirty little secret of video editing and largely remains a secret for a pretty obvious reason.

If you are sitting at a computer with your software open and everything falls in a heap the thing you are looking at while that happens is the software.

If you render a file or even preview a file using your editing software and it all goes wrong or looks terrible then the obvious culprit is the software because it is right there, front and center.

In my experience it is this one factor that tends to lead people immediately off in the wrong direction when they try to troubleshoot what ever problem they are having.

The reality is that the software itself is rarely the source of the problem, just the bearer of bad news!

So the question is why are resources the main source of trouble?

The answer to that lies in the way modern high definition video files are created and more importantly, compressed.

There are two main factors driving how video files are compressed.

The first is file size and the second is image quality.

So the development of codecs to create files is always in the interests of the best possible quality within the smallest possible file size.

Originally the word compression was used to describe the act of trying to make existing files smaller.

The word was used because it reflected what was actually going on.

The software in question was physically attempting to rewrite the existing code into a smaller package by removing unnecessary line breaks and spaces and by attempting to more efficiently rewrite lines of code.

Unfortunately this was a very limited method of doing things and with the introduction of modern video codecs was a concept that quickly went out the window.

Modern compression is not really compression at all and the only thing it has in common with the original techniques in the name.

Modern compression does not compress!

What it actually does is throw stuff away and leave a little note saying what it threw away and where else in the overall file you can find a copy of it.

The end result is what they were going for in the first place, high quality high definition video files with small file size.

The downside is that in replaying or editing these files all the work of finding all the bits and pieces that have been thrown away comes down to the playback device and in the case of editing, your computer.

That’s why it can all go a bit screwy at times!

One of the ways to avoid trouble is by the use of proxy files.

These are low res files created by the software you are using and are used in the editing process to save on resources and make editing smoother.

It is not until you render your project to a new file that the editing software then resorts to the original HD files.

Sounds petty good but there is a trade off.

That trade off is that because you are using low res proxy files, while you are editing things can look a bit low quality.

Most video editing software these days includes some kind of system for the creation of these files BUT, most also offer a choice as to how low you want to go as far as file quality goes or if you even need them at all.

The video below covers this in PowerDirector but as I say, there is most likely a setting in whatever editing software you are using to tailor this to suit your computer ressources.

This is the next in the series of videos by Jay P. Morgan on the subject of light and how it affects both still and video images.

The video below covers the subject quite comprehensively but there is further reading on the original blog post itself.

So if you have been following this blog for any amount of time you would probably know that one of my “go to” sources for information on YouTube is Tim Schmoyer.

He has a very successful YouTube channel called Video Creators and is one of those guys that has been at the pointy end of YouTube strategies for years now.

This week he put out a video which is a little off the topic of YouTube and covers the subject of videos on FaceBook.

It’s no secret that FaceBook have been engaged in an aggressive campaign aimed at capturing a greater slice of the online video pie for over a year now but at least on one point they have stalled.

High quality video content creators may well be doing what they are doing for the love of it, but at the end of the day love doesn’t pay the bills!

However as Tim points out in this video there are ways to get around that arrangement and make FaceBook at least generate some income.

How to Make Videos with your Phone

Given the degree of rabid marketing and advertising going on these days in the field of video cameras it is easy to lose sight of reality!

For years on this site I kept thinking to myself that I have to get a section on video cameras up and running.

Turns out every time I tried, within days whatever it was I had produced was out of date.

Cameras and developments in that field were simply moving too fast for a one man band like myself to keep up.

That’s basically why I added the How to Choose a Video Camera section.

Now amidst all this crazy it is very easy to get lulled into the idea that you are somehow unable to shoot something unless you have this camera or that camera or the latest camera gadget on hand.

The bottom line being that is just not true.

As I have always stated on this site, the best camera for you is the one you already have.

Chances are, you just haven’t learned how to unlock its full potential.

So in light of that check out the video below for some very practical advice on how to use a phone camera to achieve professional looking results.

This is a handy little tutorial on how to create the effect of a movie screen or TV screen flickering on to subjects that are theoretically watching that screen. It takes a little time to set up properly but creates a great illusion.