You are here: Home / DIY Video Editor Blog / The Friday Roundup – Corel Are Driving Me Crazy! 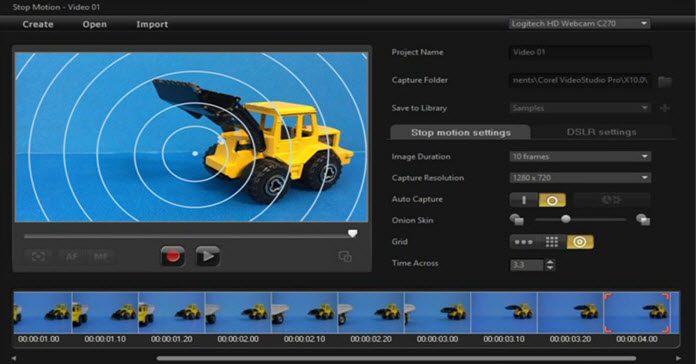 The Friday Roundup may be a little thin on content this week mainly because Corel have been slamming me with stuff to cover.

Last week I featured that the new release of Pinnacle Studio 21 had hit the shelves so since that time I have been slightly immersed in getting a new review of it done.

You can see my Pinnacle Studio 21 Review Here

To be honest most of the time a new review basically involves a spruce up of the existing one, add the new stuff and we are pretty well done.

However, every now and then one of the software companies comes up with a blockbuster update requiring a full rewrite.

This turned out to be the case with the Pinnacle 21 update mainly because of the interface redesign and a few other things.

Anyhoo so there I was half way through doing that when Corel announced a mid-year update of their other editing program VideoStudio.

So here’s the deal on that one!

VideoStudio is at version 10 so this update takes it to VideoStudio 10.5.

Over the past few years Corel have been putting out a mid-cycle update as a freebie to their existing customers and they usually include features that are a response to changes oradvances in technology since the major release.

They could probably put these off until the end of year cycle is complete and make it look like a blockbuster but seem to have adopted a philosophy of serving things up as soon as they come out of the oven.

I think this is a nice way of rewarding their customer base and Corel should be applauded for it.

This update is a good example of that and is mainly concerned with handling 360 degree footage.

Essentially the update has improved VideoStudio’s ability to import, edit and export to 360 degree video adding support for fisheye and dual fisheye 360 spherical video formats with no need to convert to equirectangular formats first. 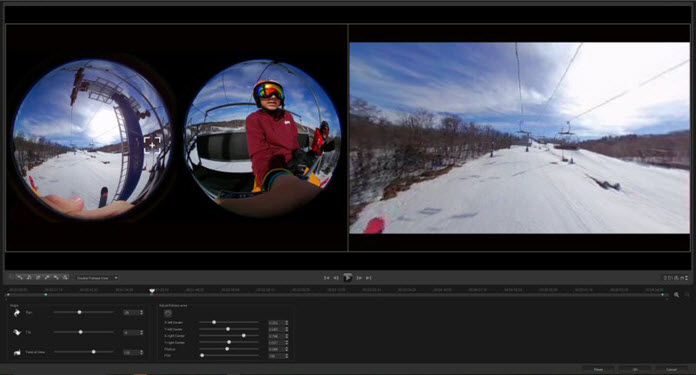 The ability of the program to add titles and music to these types of projects has also been reworked.

The second big improvement (and I have no idea why everyone has not jumped on this as well) is that you can handle video shot in portrait mode from import to export.

Given the fact that huge numbers of users are shooting in portrait or vertical mode and that some social media sites only accept this orientation I am surprised it took this long.

Previously you had to import the footage as is, set the projects paramters to match and then double check you hadn’t screwed someing up in the process before exporting in portrait mode.

This new feature means that as soon as you add video to a project that was shot vertically the program adjusts everything for that and you can just get on with the edit and final output all on auto.

They have also added a Stop Motion Grid with various options that you can use as reference points onscreen to get the motion right.

You can Click Here to check out the VideoStudio 10.5 Updates

One of the tired old sayings of video editing is that the most important part of video is audio.

That reason is that the most important part of video is audio!

When you go to see a full length feature movie it is pretty obvious that there is a whole lot more audio going on than would match what you are actually seeing on the screen.

In fact they invest enormous energy into creating massive soundscapes to fully convey and enhance what you are visually seeing.

Now down here at the amateur end of the market, our videos are left sounding a bit “thin” by comparison!

So in light of this is a great video to get an idea of how to use sound effects in your projects and maybe start to build your audio up to better level.

Don’t forget to click through to the actual video on YouTube as well because the creator of the video offers a link to a few high quality sound effects for free!

A pretty cool way of adding an effect to your projects which allows you to highlight something in the frame is the use of vignettes.

Sounds a bit fancy schmancy but really they are quite simple and if used subtly can be very effective.

Essentially a vignette is like a border around something that is created using light.

It can be around an entire frame or can be used around a particular object or part of the scene the viewer is being presented with.

There are a few ways you can achieve an effect like this.

You can isolate an area around the thing you are trying to draw to the viewer’s attention and adjust the color settings of that area.

Or, you can create a transparent mask or overlay and make the adjustments that way.

Check out the article below for a basic rundown on the tools you can use to apply a vignette to your projects.

The software being used for the demonstration is Adobe After Effects but that’s irrelevant.

Just about any decent video editing software will have sufficient tools to get the job done.

Tips for Editing with J-Cuts

A few weeks ago I featured an article on the use of J-Cuts and L-Cuts as a more professional way to transition between shots.

J-Cuts are when the audio of the second shot comes in before you actually cut to that shot and L-Cuts are the opposite.

Now it’s all very well for me to suggest doing it and perhaps linking to a tutorial on it but actually using them tastefully is another matter.

So in light of that here another tutorial video only this time it just covers J-Cuts but I think it is of value because the creator let’s you in on not just how he is achieving the cut but more importantly, why.

How to Use a Video Camera Slider

The other day I checking out some equipment on Amazon or somewhere and must have at some point click on a page that featured sliders.

If you don’t know what a slider is it is a little mini-dolly sort of arrangement that you can mount a camera on to give your shot movement.

In this case the movement is coming from the camera and not necessarily any action that is occurring.

Anyway, from that point forward no matter where I go on the internet I am still being constantly targeted for ads involving sliders.

Coincidentally Filmora happened to put out a video this week on the use of sliders so there ya go!

It’s not really the greatest video on the use of sliders and seems to spend more time on choosing and cleaning them but at the beginning and at the end there are some good tips on why and how to use one.