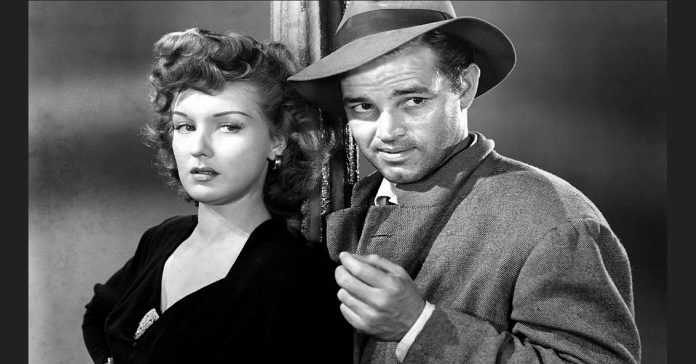 Before I get into the usual round up of video tips and stuff I wanted to just quickly draw your attention to a sale that CyberLink are having.

Now I know I am supposed ot mercilessly market to my readers at every given opportunity but to be honest I am usually too lazy or the blog post goes up in such a rush I just can’t be bothered.

Anyhoo so let’s get the crass commercialism out of the way first and move on.

The deal CyberLink are offering is in the region of 70% to 80% off the various versions of PowerDirector which in itself is a pretty good deal.

BUT! I just discovered something interesting.

If you follow the link below to the sales page then move your mouse to the top of the page (as if your are going to exit) a popup will appear with a code to get another 10% off.

So that’s the deal and here is the link: CyberLink Special Thingies

FILM NOIR: How to get the Classic Black & White Style

One of my favorite styles or genres of movie making would definitely have to be Film Noir.

The first time I saw the Maltese Falcon pretty much did it for me as it seemed to be so opposed to all the other films I had ever seen as a child.

You have to bear in mind that I grew up in the country so my diet of movies was generally dictated by what was on TV at the time.

It wasn’t until the mid seventies that some of the great Hollywood classics started to appear on the TV station we had.

You read that right, THE TV station as in the only one!

There was something about the dark stylized black and white film coupled with the inherent cynicism of the plots that really caught my attention.

Even though the style is quite easy to mimic in your own projects there is a little more to it than just stripping out the color so your footage in now black and white!

Check out the video below for a great explanation of Noir as well as tips on how to achieve that look for yourself.

5 Camera HACKS in ONE MINUTE!

A friend of mine on Facebook tagged me in a video this week and I had to include it. Just quickly it is five really good hacks for getting effects at home without any special equipment.

My favorite is the towel on the table slider, awesome!

And carrying on with the theme of hacks for this week here are some for stabilizing your camera.

Now obviously using a tripod or mono pod or a fully steady cam rig handle the problem of camera shake but sometimes you just don’t have that with you.

Well actually if you are like me you never had a steady cam rig in the first place and after dragging that tripod around so many times you make that decision to just leave the damn thing at home.

Of course once you do that, you find you really should have taken it!

So what can you do?

Well here are five great hacks for stabilizing your camera if you left the tripod at home…. and anything else you could have used.

One of the problems a lot of people have when they go with a Digital Single Lens Reflex camera (DSLR) or a Mirrorless Interchangeable Lens Camera (MILC) is that very often there is a choice provided as to what lens you want.

It is all very well to celebrate the idea that you have choice but unless you have information on the subject it is not a choice.

In fact that is what we generally call a guess!

The most common form in which these types of cameras are sold is either as a body only or with a generic lens.

In the case of a generic lens they usually go with the “one size fits all” 35mm lens.

That’s the one that is probably best suited for point and shoot and general video duties.

However having a camera that allows you to change lens for different reasons is one of the reason you would get one of these cams in the first place.

The question is which ones are for what purpose.

Now as usual there is a mountain of information on the internet regarding this subject and as usual it is all over the place, disorganized and almost impenetrable!

So I can’t organize all of it but I can at least give you a start.

The video below goes very simply into an explanation of the different lens sizes and the effect each one has on the shots you will end up with.

Remember it is just a little something to get you going.

Once you understand the basic naming principles of lenses and a little on how they change the shots you will get you can then go back into the morass of information on the internet and this time quite possibly survive.

How To Shoot High Quality Videos with your Smartphone

OK, the bottom line here is that for many, many people these days the default device they are using to record video is a smartphone of some description.

Despite the obvious cinematic drawbacks these devices have due to size restrictions you can still achieve incredible results with these tiny lenses.

The real trick here is to understand just a few simple rules and bear in mind that you are using a mobile phone and you can get some great footage out of them.

If you check out the section on this site entitled Shooting Better Videos you will see a number of article I have written on the subject.

This of course is certainly not all there is to know about shooting video or dare I say, cinematography, but it is at least a little starter.

One of the sections in that category briefly covers the various types of shots that are generally used in shooting and editing together a project.

Shots such as wide shots, medium shots, closeups etc are all covered there.

One of the key shots you can use in any project is the establishment shot which is most often also a wide shot but not always.

The establishment shot has the function of setting the scene so that the audience knows where we are or where we are now as opposed to where we were before.

Of course like anything in the world of shooting or editing video there not necessarily a “rule” to follow as such but a general guidance on what to do based on how it will affect the audience with respect to attracting and keeping their attention.

I was interested to see this article on Mashable this week referencing Microsoft’s development of an artificial intelligence based editing solution.

As it stands now we have Muvee which at some level can interpret the contents of videos and images, match it with some music and turn out a half decent video.

Of course it does have limitations but still, it is pretty good.

The upcoming Microsoft offering which will form part of its Creators Windows 10 update at some point goes a little beyond that.

The software has the ability to analyse images and videos at a pixel level to understand what they are and more importantly to learn as it is going along.

So far the people who have seen it running have been pretty impressed.

Get to the Point!

Although the link below goes to a shamelessly self promoting article on “explainer” videos I think it still has some value.

Over the past few weeks I have been engaged in learning how to make sourdough bread.

Naturally I turned to YouTube to get myself up to pace on the subject and get started.

There are hundreds of videos on the subject and for me one of the things that became apparent very quickly was how bad most of them are!

For me the real problem with most of them is that you can see the person is totally enthusiastic about the subject and because of that they WILL NOT SHUT UP!

The amount of endless rambling that just goes on and on has you reaching for that back button in pretty short order!

If you are making video like this then take a tip from some experts and follow some basic rules.

Keep it simple, stick to one subject, get to the point, demonstrate the process and keep it short.