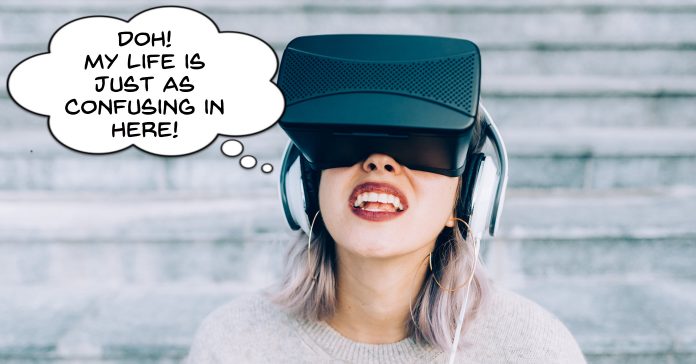 What You Need To Know About Focal Length

Given the fact that more and more people are shooting footage with either DSLRs or MILCs these days it would be a real pity not to take advantage of what those better cameras have to offer to the amateur video maker.

The key feature is the fact that by nature they allow for different lenses as well as the ability to control shooting settings.

Probably the most basic thing to learn first would be the control of depth of field which can instantly lift your videos up a notch or three.

As a basic introduction to the subject check out the video below which introduces the concepts of focal length in an easy to understand way.

As we move into higher and higher resolutions of video the world of VR is slowly coming more and more into view.

Most decent video editing software at the moment offers a full 360 degree end to end solution to the creation of full 360 degree video but the end game for that is of course interactive virtual reality video.

For me the process so far has pretty much mirrored the development of 3D video which let’s face it, is looking a little dead in the water now.

One of the final barriers to any new technology like VR is always the cost of entering the market and to that end we are nearly there.

Cameras suitable for shooting 360 are becoming more available and as I mentioned earlier, the software is just about ready to go as is.

The final step in the process will be how the technology is delivered and so far that one is a little sluggish.

With the introduction of Face Book to the picture (well mainly their checkbook!) we may soon see affordable viewing devices that finally deliver on what was promised.

By way of a little introduction to the video below on stabilizing video I think it is important to note a couple of things.

First of all the best way by far to have stable video is to shoot it stably in the first place.

At the top of the heap in this subject is obviously using a tripod but for most people the idea of permanently carrying a tripod around wherever they go, just in case they need it is a bit unrealistic!

Failing the availability of a tripod there are solutions such as hand held stabilizers or mono-pods which can work very well within reason and the final one which I call the Meryl Streep solution.

That one of course is “BE” the tripod!

To execute the “Meryl Streep” you must ideally find something you can lean against and then while you are shooting, tuck your elbows into your sides rather than holding the camera out in front of you.

This will always result in steadier footage.

The second point I wanted to note was that although there are certainly some great stabilizing solutions contained within most software these days there is only so much they can do.

These stabilization modules cannot actually “see” the video and as such how to make it stable.

All they can do is to analyse the footage and make a guess as to what the stability problem is then try to fix it.

The word video actually derives or was coined from the Latin word “to see.”

However video’s technical basis really comes from the world of photography and that word literally means, “writing with light or light writing.”

It is unrealistic to expect that without even the slightest knowledge of how light affects your video quality that you will always be able to get the shots you want.

On the other hand it is just as unrealistic to expect that the average person shooting video “on the fly” is going to exercise any great control over the lighting conditions under which he or she is shooting.

To me there is a middle ground here that can enormously improve the shots you get and their quality.

That “middle ground” is not so much manipulating the light you are presented with but most understanding it and how it will affect your outcomes.

In many, many cases just a basic understanding of standard lighting setups can help you to maximize what you have rather than just shoot and hope.

Very often this boils down to a simple change of position or shooting angle or even going for wider or narrower shot because you have that understanding of how the light is working in that particular environment.

Given the explosive growth of YouTube over the years and the subsequent explosion in numbers of people creating content on that [platform YouTube have finally sectioned off a little universe just for those people.

The new Creators site is a new section of YouTube devoted entirely to creators so they cab keep up with what;s going on and stay abreast of changes.

Back in the 60’s I think it was that movie directors first started to get the idea that creating a split screen effect would be just totally groovy!

Personally the movie Woodstock was the first time I saw a split screen and can clearly remember really, really, hating it!

Possibly it was was too much information for my tiny mind to comprehend all at once because from then on split screen became all the rage… for a while.

Then I think everyone finally agreed that it was all a bit distracting and so was placed in the “use judiciously” basket.

The natural follow up to split screen was the video collage where a number of clips were played at the same time and again this should only ever be used if it served a purpose… not just because you can!

So cut to the present where creating collages in consumer level video editing software has always been a true pain.

Basically the way to do it is to use overlay tracks and manually resize/re-frame each clip so you can get them all on the screen at the same time while at the same time determining their order of play, duration and everything else.

The sheer complexity of doing that has mercifully resulted in very few people actually using split screen or collages!

These days most video editors have some kind of video collage solution which allows you to very easily create collages inside a purpose built module for doing so.

The video below goes into the settings and features of the collage designer in PowerDirector but if you are not using PD there is probably something similar in your program.

Before you check it out and in the interests of maintaining good taste ask yourself this question, “When did I last see a video collage used in a professionally produced movie or video?”

One of the important differences between regular software and video editing software is the use of the term “saving.”

When you “save” in regular software you are actually saving changes made to whatever it is you were working on.

When you “save” in video editing software you are saving changes made to your project BUT you are not creating any kind of video files when you do that.

What you are “saving” are changes you have made to your “intended” final output but none of those changes will be set in stone until you render your project to a final video files.

That step is commonly referred to as exporting, rendering or even sharing.

When you do get to the final stage of editing and want to create your final video file most software will present you with a bewildering array of choices for exactly how you want to do that.

For most people using presets will serve them just fine but if you do want to exercise control over exactly how the export will occur you really need to know what you are doing.

The video below covers most of the main settings you will encounter and although done using pinnacle Studio for most other software it is pretty much the same deal.