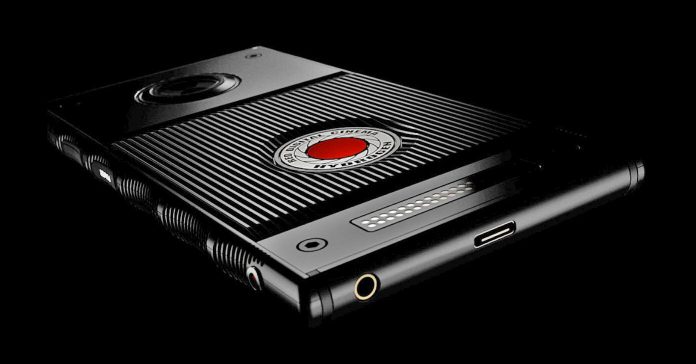 Obviously over the next year or so one of the big talking points in the world of video will be 360 degree projects.

At the moment we have consumer level software that can import, edit and export to 360 degree footage.

We have camera setups that are beginning to come down in price as the technology evolves and the adoption rate increases.

And finally we have delivery platforms that are also becoming accessible to the average person although you still have to wear a stupid helmet or something on your head!

So the thing that I think will put this over the top is going to be something that no-one saw coming.

Something that disrupts the accepted view of how this whole 360 degree video footage is going to go down.

That’s why I have included the link below.

A few years back RED cameras announced they were going to stand the digital video camera world on its head.

Bear in mind they didn’t actually have a camera at the time!

Everyone in the industry poo-poo’d them endlessly and despite a couple of false starts, ended up standing the video camera world on its head!

That’s why I was excited to see that RED have announced a new device they are working on that is yet to be released but deals with 360 degree footage in a way no-one else has thought of.

This time everyone is being a little more reserved in their poo-poo’ing of the idea!

When most people start out editing videos their usual procedure is to:

1. Load everything they have on to the timeline.

2. Work their way through the footage finding anything that doesn’t look good and cutting it out.

5. Rendering an upload or burning to a disc.

The above scenario is at least better than no editing at all but with only the slightest amount of effort you can do so much better!

A good edit begins before step one above and involves at a minimum, having some idea in your mind of what the final video will look like or achieve.

Then try not to do the three things listed in the video below.

A few years back let’s face it, YouTube was pretty much the only game in town.

Yes there were peripheral players in the market but most of them were quite small and most of them have since disappeared or morphed into something else.

These days there are a number of major players for the distribution of video, YouTube, Facebook, Instagram,Vimeo, Snapchat, Twitch and even Twitter have all entered the video market in their own unique ways.

In one sense that has to be a good thing because it more closely reflects the wide variation in just how people are using video.

On the other hand and because each one is an entirely different platform, the difficultly is getting your videos into shape to play on those services the best way possible.

Most video editing software will come with at least a number of preset output options for traditional services like YouTube but when it comes to the more recent additions to this field, not so much.

One of the key problems some of these newer players present is that because they are essentially mobile device driven sites they each have their own method of adjusting and presenting your videos.

To get the best possible result on any of them it is vital that you understand the ideal set of parameters that they want so that they don’t have to re-process your videos too much.

Remember, every time a digital video file is re-rendered to a new set of parameters at least some quality is lost.

So in light of that the video below covers adjusting your output parameters to suit the service you are using.

Bear in mind the video demonstrates the parameters for uploading at best quality to Instagram and the process is being done in Filmora.

I chose this one because Filmora has a pretty straightforward interface so you can clearly see what is being done in the video.

All video editing software will provide access to the settings being used so although yours may look a little different the process is exactly the same.

Although adding tracks to the timeline in any video editor is a rather straightforward process that’s not the reason I have included this video in the weekly round up.

In demonstrating the process the guy that created the tutorial demonstrates very well how a project can be put together and how to work effectively in any video editing software.

Recently DaVinci released the new version of Resolve taking it from 12.5 to 14.

The deal with this editing program is that it is still totally free and full featured as its predecessor but because of its complexity, is still difficult to tame!

However Casey Faris has just put together a new video giving a run through of the entire program by doing a full project on screen covering everything you would want to do at a simple level.

The Science of Deep Focus and the Hyperfocal Distance

OK let me first warn you that this video is ridiculously complex and technical!

However if you are willing to battle though it you can gain a great insight into the subject of depth of field as well as how lenses and cameras work.

How to Shoot in Low Light

The video below gives a pretty good explanation of the way in which manual settings and different lenses can affect the shots you are taking.

The whole thing is done from the point of view of shooting in low light but the subjects covered can be applied in a more general sense.

Also keep in mind that the actual definition of what is considered to be low light is the light you would normally experience in a living room with all the light on.

People get the idea that low light equals some level of darkness but in reality it begins at the point of what you or I would consider to be a normally lit room.

That’s why if you have ever come across a movie or advertisement being shot outdoors on what seems to be a sunny day to you, they still add additional artificial lighting on top of that.

How to Shoot Top Down Video

One of the little tricks that you will often see in videos, especially “How to” ones is the use of the direct overhead shot.

This is very often used in cooking segments but not just those alone.

Now aside from actually standing on the counter top and shooting the subject in between your feet here are a few tips and tricks on how to get those shots and use them.

I have has a couple of green screen tutorials come up over the past few weeks in various editing programs and this week we have one using Pinnacle.

It is well worth repeating that you must understand that good results using green screen are not achieved in the software.

Good looking green screen starts at the shooting stage and is vital to a smooth and natural looking effect.

Sure you can preserve good green screen in the editor and you can enhance it in the editor but the devil is in the shooting so keep that in mind.

One the strong points that Pinnacle Studio offers its users is the ability to fine tune and exercise greater control over just about every process of the editing and post production cycle.

It doesn’t necessarily have a greater or more complete feature set than any other at its level in the market its just that it provides greater manual access to those features for fine control… if that’s what you want!

The video below goes into some detail on the subject of the transitions available in pinnacle and the degree to which you can adjust them to what you want them to do.