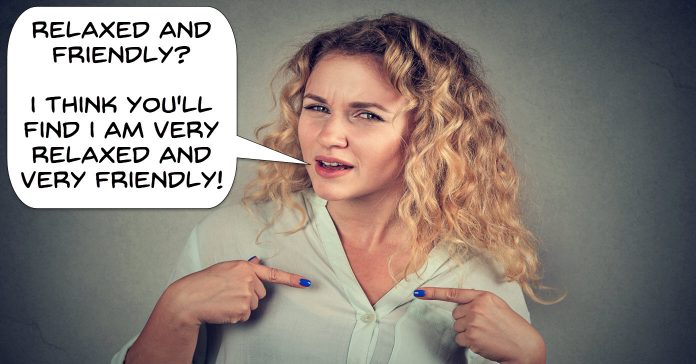 How to be Less Awkward Filming Yourself

Whenever I come across videos like this I always include them in the Friday Roundup.

For most people the idea of being in front of the camera sets off alarm bells like nothing else and almost immediately they look like a rabbit caught in the headlights of a truck.

Whilst this is totally understandable it absolutely destroys any hope you have of getting your message across in a video.

No-one is listening anymore, they are just watching you in the way way they watch the aftermath of a terrible road accident.

They want to look away but can’t!

What they are not doing is listening to you, they are just watching the destruction.

So regardless of the pain, if you are going to front your own videos you need to get relaxed.

Maybe the video below might give you some strategies.

Found this great video for newbies this week which goes through a complete end to end workflow within a simple video editor.

Like most of the videos I add each week this one uses a particular type of software to achieve each step but that’s not the important part.

In fact the software being used is irrelevant.

The important parts of the video are the actual steps taken to go from raw assets being added to the program all the way through to a completed video.

The video production itself is quite a simple project but the workflow is solid, logical and worth taking a look at.

Over the past few months there seems to have been an endless stream of turmoil emanating for YouTube resulting in almost record levels of disgruntlement.

(I can’t believe my word checker is telling me that “disgruntlement” is actually a word! Who knew?)

Anyway most of the changes over at YouTube have been in response to things getting a bit out of hand as far as appropriate content goes, especially for children, and also people gaming the system for fun and profit.

Actually it’s more the profit thing rather than the fun thing.

So for many people the question has arisen as to whether it is worth continuing with YouTube or huffing off into the distance in search of an alternative ,which I can totally understand.

One obvious choice for perhaps moving to a new neighborhood is Vimeo which has now been around for a very long time.

In thew article below the guys at Telestream cover most of the basic differences between the platforms and how Vimeo may be more suited to many people who are having a less than stellar experience with YouTube.

So before I get into this one let’s just clarify our terms here.

A timelapse is that footage you get when you taker a few seconds or less of footage of a scene from a fixed position then wait shoot again, wait, shoot again, on and on for an extended period of time.

It can also be done by shooting still images over time from a fixed position then stitching them all together to create a video sequence.

A hyperlapse is exactly the same process but instead of shooting from a fixed position you change the position of the camera in a regular pattern.

Both of these techniques if done well can produce incredibly good looking footage.

The key to both of them is the use of a tripod so that you don’t get a whole bunch of bouncing and jiggling around when the footage plays back.

In the video below there is an alternative to this presented which is based on the concept of doing the whole thing handheld.

Finally, apart from everything else you need to have a pretty decent video stabilization module lurking somewhere in your editing software.

If you are shooting using a DSLR or a MILC these days one of the benefits of doing so is that you can choose from a vast array of lenses and filters for your cam.

The beauty of this is that you can exercise greater and greater control over the footage you are importing to your editor thereby making the editing process much easier.

One of the “workhorse” filters that just about every pro will have in the camera bag will be a Neutral Density Filter.

People often refer to these as just fancy lens protectors that you put on to keep your actual lens safe.

That’s actually true but by no means explains what the different ND filters do and why you should use one.

I have checked out this color grading or coloring tip in a number of video editing software programs and for the most part it can be done quite easily.

Check the video below for the complete rundown but ignore the type of video editing software being used.

When you cut the technique down to its absolute basics it is simply this.

You create a mask then apply color adjustment to that mask and overlay the mask on to the main video.

It’s a totally cool tip that you can go completely crazy with!

I think it was last week that I included a video outlining some of the main points of the new ProRes RAW video format that was recently announced.

At the consumer end of the market this really has very little bearing on how you or I will be shooting and editing video in the short term.

However it does provide hope for all of us in that the discussion on video formats has well and truly come to the fore.

One of the “secrets” of why professional productions and amateur productions differ in image quality so widely was that apart from all the technical expertise, professional equipment etc., the real villain in the piece has been the video file formats.

I can just about guarantee that you will be shooting your videos using the H.264 format or something very similar and this format was NEVER intended to be used for editing.

That’s it, there was nothing in the design specs about editing or post production.

On the other hand the pros use completely different video formats that retain huge amounts of data and result in equally huge file sizes but, when it comes to editing they take to it like ducks to water.

My hope is that now that there is an ongoing discussion on this problem there may be a shift in the universe which results in a video file format filtering down to the amateur level that will allow for far more manipulation of the videos we shooting without the quality nosediving at every turn.

The driving force so far has been the storage problem but with modern storage cards advancing at a rapid rate perhaps there is hope on the horizon.

With the proliferation of DSLR and MILC cameras designed equally for both still image capture and video especially at the consumer end of the market things really never have looked so good for shooting video.

However because these types of cameras have the ability to change lenses two new areas of knowledge have now been thrust upon many of us.

The first of these is lens selection which can be a bit of a minefield for the new user.

The second area of knowledge is that of camera maintenance.

Apart from changing batteries or swapping out storage cards, your average point and shooter is pretty much an entirely closed system with perhaps lens cleaning being the most demanding task.

Not so for any camera that allows the lens to be changed because by doing so you expose the camera sensor to the outside world with all the dust and crap that comes with it.

Given that the sensor is actually the “eyes” of the machine, cleaning it by just randomly poking stuff in there is probably not such a great idea!

Check the article below for a rundown on how to clean your camera sensor the right way.