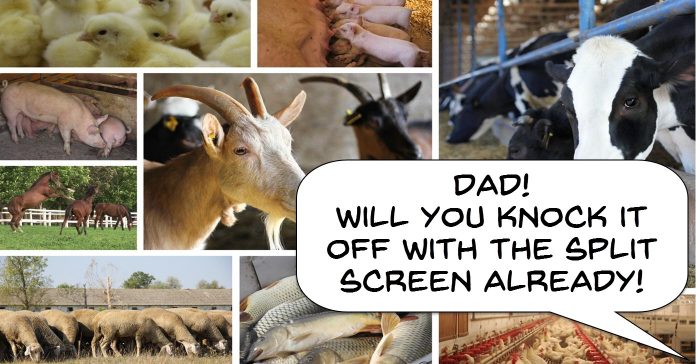 One of the reason Pinnacle Studio comes with a bit of a warning (on this site at least) is because to be honest it is not an easy software solution for the beginner.

Even Corel openly admit there is a steep learning curve and the reason for that has to do with how software deals with features.

Pinnacle basically has the same features that all the others have at this level of the market.

The difference is that Pinnacle offers the ability to delve very deeply into any given feature and customize the output to a very, very high degree.

A good example of what I mean by that is the split screen module in Pinnacle.

Most software offers this ability and it is done with a simple interface or a plugin.

Pinnacle does it with an entire module that you can access that not only allows preset split screens but allows the creation of just about anything you want.

Now the average person probably wouldn’t really need that or want that but there are those who really do want to get pro about the whole thing.

The trade off is that this degree of control means you have to learn it and can’t rely on simple point and click modules to get you through.

Check out the video below for an idea of how this feature works as well and a taste of what is different about Pinnacle.

This is just a short sampler of some of the different split screen effects you can design from within Pinnacle Studio.

Last week I included a short video and a bit of a blurb on transitions.

The reason for this is that as someone who watches the whole subject of shooting and editing videos at an amateur level I see this one come up more often than probably any other.

The reason transitions are such a bugbear with me are that they are used relentlessly by software companies to make it seems that a bunch of cheesy preset transitions are going to be the key’s to your video’s success.

And in the same way they market the inclusion of “hundreds” of transitions to make the product they are selling seem more desirable.

Now if this was actually true I’d be OK with it but the reality is that anyone that actually knows what a transition is and what its function is would not really be interested in “hundreds” of transitions.

To illustrate this point just go to the website of any professional grade editing software like Vegas Pro or Magix Video Pro X.

They clearly push the abilities of their software with regards to editing and all manner of features but there is one thing you never see… transitions.

They know that trying “sell” preset transitions to pro editors would make them just look foolish.

The only reason they push them to the amateurs is because they are (probably correctly) assuming the average guy really down’t know what they are for.

Just remember a transition is not a thing, it is an action, a way that you go from one shot to another to keep the audience engaged.

Fortunately this week Filmora have come up with another video in their series on making cooking videos and this time they perfectly show how you make a transition… without dragging on out of the library on to the timeline.

One of the controls that you have within just about all video editing software is the ability to set the way motion occurs when applied to an object.

Now that “object” could be a title, an overlay, an image element or a mask like a speech bubble or text box.

All software gives to the ability to determine just how that object appears, moves and then disappears from the screen.

Within the settings of the particular control module in whatever software you are using you will just about always find an entry that lets you select and set “curves.”

Now most people kind of skip over that word and in fact that entire section because curves are never really explained well within the software.

This results (as usual) in most people clicking on the preset setting and getting on with their lives.

However curves are pretty easy to understand and if you can tailor your object motion to suit the project you are working on you can make it all appear just that little bit better so… check out the article below on understanding curves.

Remember, this tutorial is for ScreenFlow but just about every decent editor I know of has this setting buried somewhere!

And by the way, scroll straight to the bottom of the article for a great GIF that actually shows the different types of curve and the resulting motion they create.

OK, so I guess I am going to have to at least acknowledge that VR/360° video is in all of our futures and we all might as well start getting a grip on it.

Personally I still think we are a ways off yet before a reasonably good and affordable workflow is within reach.

The key to VR/360° projects is that there will have to be a capture, edit and distribution solution in place before it will really go through the roof.

At the moment the capture part of the equation is still a little pricey if you want top quality, the editing part is pretty much in place and the distribution (viewing) part has a ways to go.

In the interests of not leaving it all to the last minute here is a good article that goes over some of the different concepts you need to have covered to make the most of this new format.

Why Sound Design is MORE Important Than Visuals

One phrase you probably have seen me write over and over on this site is that the most important part of video is audio.

In fact this week I seem to be banding on about most of my little hobby horses don’t I?

Anyway the fact is that the average viewer can actually struggle through the most god awfully shot and edited video you have ever seen as long as the audio is reasonably good.

Conversely you can present that same person with the most beautifully shot and creatively edited video know to mankind yet if the audio is lacking in any way, that person will perceive the entire thing as a bunch of rubbish.

The conclusion that can generally be drawn from this is that humans seem far more sensitive to what they are hearing than what they are seeing when it comes to movies or videos.

OK so the whole YouTube in turmoil thingy just seems to be rolling on and on!

To be honest I haven’t really been following the whole thing all that closely because I don’t really have any kind of huge YouTube presence that I am trying to protect.

However for a lot of people this has begun to descend into a a bit of a life or death struggle for their businesses so for them its all a bit worrying.

The one source that I usually follow on this like this is Derral Eves because he has that ability to remain focused on the real issues, gather the right information and point out what is really going on.

So here is his latest update on the situation and what YouTube/Google are doing to try and pull the whole thing out of the mess it is in.