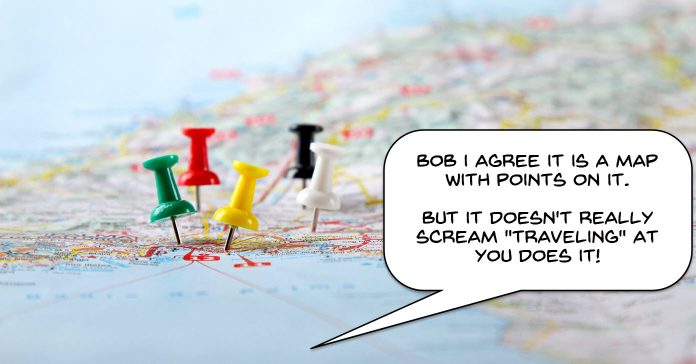 This is the first FAQ video the guys from Filmora have done for a while so if you use Filmora these ones are always good to catch up on.

In fact even if you don’t use Filmora they can be pretty informative anyway!

This week they cover a few subjects like adding audio distortion and image duration.

On top of that there is a reference to replicating the Indiana Jones style map animation.

Rather than go through that themselves they refer to another tutorial on the subject.

So just to save you some time I have included that map animation video beneath the Filmora one.

If you are not sure what I am talking about check out the video but basically it is that map animation effect where the travel route gets traced out on an existing map to show a travel route.

On top of that.. or should I say, underneath that there is an image or footage of an airplane flying through the air.

How to Edit to the Music

Very often when people new to video editing start out one of the first problems they encounter is when to cut from one shot to the next.

There are many ways editors decide at what point to make the cut but to be honest the entire subject is rather nebulous in its presentation.

Another common aspect to videos made by amateurs is that very often dialogue is not really part of the process.

That’s generally because audio recorded on handheld devices tends to be a bit ordinary!

So more often than not you may find yourself in the wonderful world of the montage.

A series of shots showing something that has background music… or something like that.

Anyway for this week lets take a look at how and when to make your cuts based on that background music.

In most cases you will see the suggestion over and over that you should cut to the music.

This generally gets interpreted as meaning you should cut to the beat of the music.

In fairness this is actually not a bad place to begin.

It at least gives you some kind of identifiable point at which to make those cuts!

The problem with that rather limited interpretation of the idea is that within a very short time the whole thing is going to become very predictable and very boring.

So cutting to the music actually means a little more than that.

To get a better idea and see this in practice check out the video below.

Last week I added a video from Daniel Schiffer which was an excellent demo of shooting B-roll footage for a specific project he was doing.

The main reason I included it was to point out that if you have at least a bit of a plan in mind then you B-roll shooting can be far more effective.

This of course ties in with the concept of shooting for the edit where you put some thought into what the final project will look like before you go out and shoot anything.

This concept applies to any video shooting you do and makes the editing part so much easier.

Bear in mind that often you will have that idea in your head then go out and shoot what you think you will need for both A-roll and B-roll only to find your project becomes something completely different in editing!

Even the pro’s acknowledge that as a given!

Anyway this week he backed up that last video with another one showing just how he ended up using the B-roll he shot in the first video so it gives a good overview of the entire process.

How to Make a YouTube Channel 2019 Step by Step

One of the key points you need to get organized when it comes to getting your videos seen by a wider audience on YouTube is having your own channel.

This provides a central point for many activities that you need to get under control if you are to garner any success at all.

Setting up a YouTube Channel correctly involves quite a few steps but if you get those steps done you will then have a solid platform from which you can launch your video presence.

In the Getting Your Videos Online section of this site I cover a lot of the other stuff you need to do as well and you can see that by clicking the previous link.

Of course the problem with YouTube is that the platform has been evolving since its inception so it is always a good idea to follow along with the latest “best practices.”

To that end I have included a video tutorial this week that I know covers all the bases when it comes to YouTube Channels and contains all the latest information on doing that correctly.

How to Zoom from Collage to Full Screen – CyberLink PowerDirector 17

This is a run through of using a few tools within CyberLink PowerDirector to achieve an effect.

What it is showing is how to get from having a collage appearing on the screen then have one of the images or videos in that collage zoom out to be full screen and thereby end the collage sequence.

It is an effective way of “getting out” of a collage sequence that is much easier on the eye than just suddenly cutting away from it or ending it abruptly.

This is the second part of a tutorial for CyberLink PowerDirector using the audio editing tools for dynamic range compression.

The first part of this two part series was posted a couple of weeks ago HERE.

OK so let me be clear here. I am not nor have I ever been a big fan of Instagram.

Originally I guess it was an “OK” way to share images then ultimately videos with a circle of friends or fans.

However recently it has just become this really weird experiment in gauging just how socially dysfunctional we have all become!

So if you are getting tired of endless “influencers,” images of food or bikini clad bimbos by the pool or even the endless ads that are now everywhere maybe you can take a look at Dayfish.