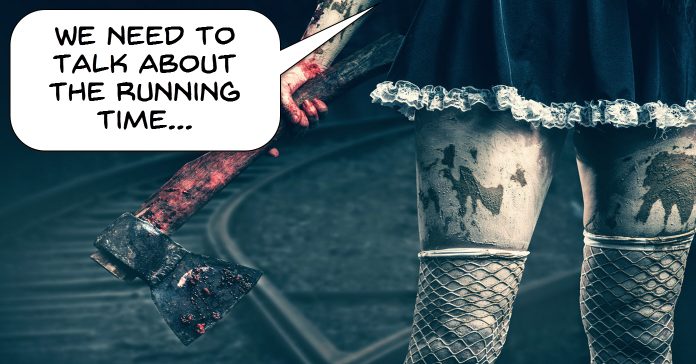 This is an excellent article from the Techsmith blog on trimming videos.

When I first saw the title I thought, “Well that’s a bit basic isn’t it?”

After all probably the first thing anyone learns in editing software after loading something into the library and subsequently on to the timeline is trimming a video!

However upon closer inspection I realized that is not exactly what they meant.

One of the constant balances that anyone has to maintain in editing a video is what to keep and what to cut out.

Given that the attention span of the average human seems to be reducing by the minute that balance is becoming even more crucial.

When the average amateur starts out with editing to them the process seems pretty simple.

First you load absolutely everything to have that was shot as part of whatever the project will be covering in the sequence it was shot.

Then you scroll through the timeline and delete every bad shot or every portion of a shot that is bad until all the unwatchable stuff is gone.

Then you just add a pre-loaded soundtrack that came with the software, burn it to disc (or whatever) and use it to torture your friends and family for years to come!

Unfortunately these days there is just so much video available that no-one can get away with this any more.

So the balance is how to tell the story of whatever it is your project is covering including enough footage to achieve that and not so much that everyone is zoning out half way through.

Which brings us to the article linked below.

It is a great guide to evaluating your project and the footage you are including to be bale to cut out the fluff and keep enough to achieve your purpose.

How to Shoot Time Lapse Videos

Currently over on the Filmora help section of their website and YouTube Channel they are running a series of “How to’s” on the subject of making cooking videos.

At face value it would seem these are pretty good as far as cooking videos go but they actually have a greater value.

I have included at least one each week for a few weeks now and this week there are three.

Now the reason I think they are of more value than just for cooking videos is that “cooking” is only being used as an example that they are working with.

The ideas and techniques they are using are pretty universal to most videos and more importantly the actual techniques can be used anywhere.

The real beauty of them is that they show the technique or effect from both a shooting and editing perspective as well as then showing how they are incorporated into the project.

That way you get to see how it is done and more importantly, why it is being done.

This is the second of the Filmora videos for this week and this time it covers the subject of using slow motion.

I particularly like this one because obvious effects like slow motion can so very easily move you into the cheesy realm without you realizing.

This one covers both the shooting and the use of slow motion sequences tastefully so they make you look like a rock star editor.

How to Take Great Close Ups

This is the third video released by Filmora this week and again still within the overall project of making cooking videos.

This one covers how to shoot and incorporate close ups into an overall projects and how those close ups can be used to enhance the whole shebang.

Shot Lists Even For Amateurs

At just about any level of video creation in the world of the professional one of the first things that gets laid out on a project is the story board.

The storyboard is exactly as it sound being a large board or set of boards that visually present all the shots that will make up the final product.

On some projects like TV series, story boards are sometimes not used as much or at all and are replaced by a shot list.

Again, the answer lies in the title and it is simply a list of shots that will be needed to make up the whole.

One of the major differences you can make to your video projects is to at least have in your mind a shot list.

Even if it is just a family gathering or friends having dinner that you want to turn into a video there will be a number of shots you should be able to imagine you will need to convey that story of the party, gathering or whatever.

Most amateurs and newbies tend to approach projects from the point of view that they will just rock up to the event, fire off some shoots and then later in editing try to make something of it.

This is NEVER a good idea because by the time you realize you don’t have the shots it is too late, the event has passed.

Now I am not saying that you need a storyboard for the kids birthday party or a shot list for granny’s 90th birthday.

What I am saying is that if you think about the event before it actually happens and imagine what you believe will be “must have” shots you can then approach the event with just that little more of a plan.

The result of doing this is that you can watch for or anticipate those moments you know you want as well as taking a bunch of other random footage in the meantime.

When you get it all back into your video editing program you will invariably find that the footage you have will make it much easier to put together something exceptional rather than a bunch of mundane and random shots.

Below this blurb you will find the fourth and fifth videos in the series of DaVinci Resolve tutorials for beginners done by Ugly McGregor.

Somehow I stopped getting notifications from YouTube on these videos being posted so I completely missed the fact that they were still being published.

In fact I thought this was just another one of those series where the creator decided to do a series then half way through lost interest and drifted off.

This also coincides with the release of DaVinci Resolve 14 this week so if you are not familiar with it here’s the deal.

Resolve started off as a strictly post production software at the professional level for color correction, color grading and effects.

As time passed by and other programs began to develop Resolve was beginning to lose its appeal because other editing programs were basically offering the same features without having to go to a separate program.

In answer to that Resolve began to be developed as an editor as well as the original color grading etc.

Then a few years back they began offering a free version which brings us to where we are today.

The drawback with Resolve was always that it was aimed at the professional so even though there was a free version it was more than a tad daunting to the newcomer!

These days it is not a bad choice if you are looking for a free program but you will definitely need the tutorials!

Bear in mind that the free version will import and display 4K video but can not export it as such.

And while we are on the subject also keep in mind that it has no module for burning discs or even creating disc projects such as you will find in most consumer grade video editing software suites.

Over the next few weeks and possibly months YouTube will be rolling out what I think is their first major interface update for a very long time.

Obviously over the years they have been changing and tweaking bits and pieces here and there but this is the first major redesign.

Right now you can go over to take a look at the new interface by simply going to “https://youtube.com/new/” and hitting the opt in button.

But before you do bear in mind that this is not the final release which will naturally be affected by user feedback over the next few months.

Given that these changes will definitely happen anyone who has a presence on YouTube or is trying to develop one should get on top of this as soon as possible.

In light of that Tim Schmoyer hosted a YouTube Live event the other day and went through the opt in process and the entire interface from a user and creator point of view.

So if you want to start getting a grip on all of it this is a very good start.