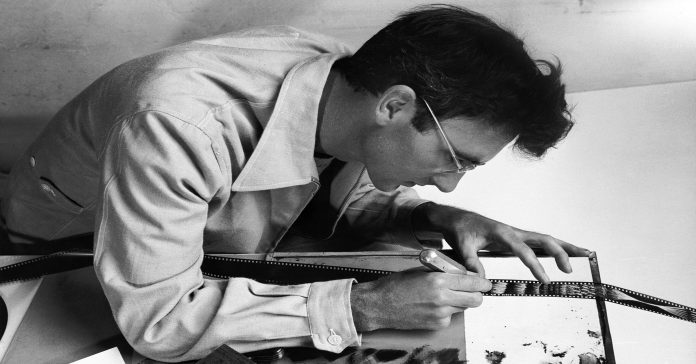 Before you get into the process of editing that mountain of video you have had slowly piling up it is worth taking the time to figure out just where you are going with your video editing.

On these pages I will cover a few of the basic concepts so that you can gain a clearer understanding of what video editing entails and what you should be expecting to achieve.

Most people tend to think of video editing as basically a process of cutting out the stuff that doesn’t look good.

You know the bits where nothing is happening, shaky shots, out of focus stuff and the time you left the camcorder recording in the bottom of your carry bag!

The general idea here is to cut out the garbage, stitch what’s left together and render it to a new file.

This will now be your finished video with which you intend to mightily impress friends and family.

Cutting out unwanted stuff from your original footage represents only a fraction of the entire video editing process.

It could be said that editing in this way is better than no editing at all but the only outcome will be a reduction in the length of time that your audience feels the pain.

Even though this website is aimed at the hobbyist or video enthusiast… or as some say about me, the video editing tragic, there is much to learn from the way the pro’s do it.

This is true even if you aren’t actually trying to make a Hollywood special effects blockbuster.

Video editing is actually the process of adding stuff, not taking it away.

If you can at least get that mindset before you start, the whole process begins to make much more sense and will give you much better results.

You can begin by first deciding what your video is all about and what is the story or message is that you are trying to communicate to the audience.

From this you can then ADD a shot list that you feel will convey that story then ADD those shots to the timeline.

The key here is to remember that your video of the seven hours that you and the family spent at the zoo cannot be reproduced as it happened.

By applying the “cut out the garbage” method all you can possibly end up with is probably two hours of reasonably well shot footage of you and the family at the zoo.

Your audience will be restless by the five minute mark and suicidal by about the 30 minute mark!

Hopefully they won’t go through the homicidal stage while you are still in the room!

By keeping in mind that your epic video production of the day at the zoo is a representation of that day and not the whole day itself you can get started.

The next step is to decide what the sequence of the video will be from start to finish.

Remember, you are making a representation of the day so you can be the master of time and events here.

No-one else knows the actual sequence of the day except those who were there.

You can play around with the sequence and insert or subtract time all in the name of conveying the sense of the day, not the day itself.

In our zoo example for instance, if the day has been shot by the average user then there will be numerous shots of family and even more shots of animals.

So the decision here is whether this is a video about the zoo or whether it is going to be about the family at the zoo.

This changes things dramatically because I am sure no-one really wants to make a home movie of the zoo, the real interest here is the family at the zoo.

Once that decision is made suddenly the vast majority of the poorly shot zoo animal footage gets relegated to being establishment type footage that sets the scene.

The long and mercifully indistinct shots of the monkeys spontaneously engaging in some kind of bizarre sexual activity is far less important and interesting than shots of the kids faces when they see it, or mum’s face when the inevitable questions start!

When you have established the overall story and have roughed out a sequence of events you can then break down each part of the video into little chunks of visual information otherwise known as “scenes.”

Think of them as chapters of a book.

Each has it’s own start, middle and finish unto itself but also serves to continue the whole story.

For example going to the zoo, entering the zoo, the kids seeing the monkeys, having lunch etc.

Each little scene should simply convey quickly what was happening at that time as part of the complete story and focus on the activity, not the setting.

Generally speaking the way you put each scene together is by combining different types of shots to move the action along and tell the story.

So for our zoo example we could do a scene something like this:

We fade up from black from whatever the previous scene is to a long wide shot of the entrance to the zoo.

The fade communicates a change of time or location from the previous scene and the long wide shot is also called an “establishment” shot because it establishes the setting.

It tells the audience where we are now as differing from where we were.

We can then cut directly or cross fade to a closer (medium) shot of the ticket window with the sign “Tickets” showing.

Then another cut to a close shot of the kids buying tickets.

This sequence of long, medium then close shots has the effect of drawing the viewer into the scene.

We can then go to a medium shot of either the kids walking away to the entrance or you can get in there first and get a front shot of them coming through.

Your original footage may have consisted of possibly five to ten minutes of various shots at or around the entrance of the zoo.

By working out what we want to tell the audience we can then ADD only those shots that get the job done.

The entire sequence above would take up about 12 to 15 seconds and shows everything the audience needs to know.