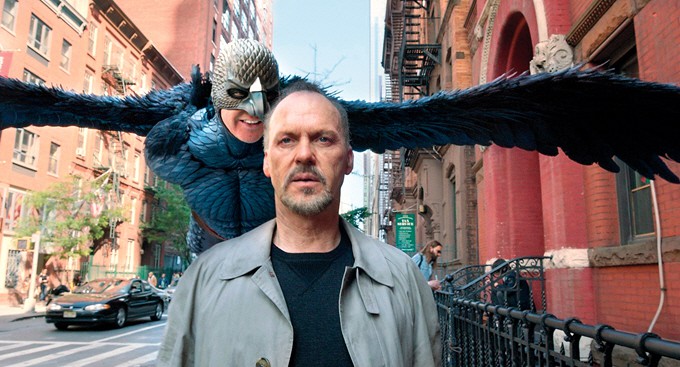 This is probably one of my favorite movies from the recent past for a number of reasons.

I can remember watching it at the time and thinking there was something different about the way it looked or seemed to be visually tracking but couldn’t put my finger on exactly what that was… until now.

I have written a number of times recently about the problems connected with using the preset transitions that most video editors come packed with these days.

In a nutshell they generally look kind of cool when standing alone but when you add them to a project they ramp up the cheese factor to eleven.

That’s not to say that there is no need to have some kind of transition from one scene or shot to the next.

In fact the opposite is true, the viewer needs to be taken along and not left to his or her own devices.

In writing this I think I just realized what the problem really is.

I think its because we keep using the word transition as a noun, as the name of something.

Instead, try thinking of a transition in terms of being a verb, an action.

How are you going to transition from this shot to the next?

Now getting back to Birdman.

One of the ways that the director and editor made Birdman look so different apart from the set design and lighting was by the use of continuous shooting.

Huge portions of the movie appear to be shot in very long continuous takes that seem to go on forever.

For a modern audience used to short sharp editing this was quite a change and played a large part in its uniqueness.

However the technique of continuous shooting is not new and one of the earliest proponents of it was in fact Alfred Hitchcock.

So what does all of this have to do with transitions?

YouTube have just announced this week that as of October 28th they will be launching their new subscription service called YouTube Red.

You would have to have been living under a rock for the last couple of weeks to have missed the endless hooha on the anniversary of the Back to the Future movies.

I thought they were pretty good at the time and even now they are still entertaining but I was pretty surprised at how much coverage the event has received in the general media.

It seems like just about everyone has found some kind of reason to post something about it so in the tradition of following the herd here’s my snippet for the big event.

Some big changes in the online video space, first up for Android only at the moment a new video/game app from YouTube.

It allows you to record or stream directly to youtube just about anything you want that is happening on your android phone screen.

Games, video being played or even you at working in productivity tools on the phone.

For iOS only at the moment some big changes for the FaceBook App as far as video goes.

They are now offering “suggested videos” similar to what you have seen on YouTube and the ability to reduce the size of a playing video and float it to anywhere on the screen while it keeps playing and you keep scrolling.

They have also introduced a “save” button to videos so you can save for later rather then have the video sink down your newsfeed never to be seen again.

The final feature is not yet live but is essentially a separate section of the App that deals exclusively with video.

Some of the features they are looking at are having a newsfeed just like your FaceBook newsfeed that has everything your friends have been doing or posting.

Only in this case it is exclusively what video activity they have been engaged in.

Anyway, for full roundup of the whole shebang check out the video below from Tim Schmoyer.

If you are at all intending to regularly create content from within what could be described as a studio setting then one of the best things you can do is actually set up a studio for that purpose.

A lot of people tend to think of a studio as rather a large undertaking but it does not necessarily have to be that way.

A “studio” can be many things from the very simple to the very complex.

In fact the definition of a studio is just a dedicated place where you can shoot your videos.

Professional studios tend to look like rather a daunting prospect but you have to bear in mind that a studio like that is designed in order to allow many different types of video to be shot inside it.

If you just create talking head videos of yourself that cut away to some kind of action like game play or DIY tutorials then the definition of “studio” changes dramatically.

In that case it would simply be a place where there is a camera set up permanently or at least a permanent place for the camera, a set lighting arrangement and a set audio solution.

The whole purpose of this is to remove the setting up part of creating your videos which can very often act as a barrier to you actually getting it done.

Anyway the video below is worth watching for some great tips on getting a good lighting setup achieved in a small space.

OK, so lets all understand that I have an almost total lack of interest in shooting or editing 360 degree video footage.

To me its kind of like 3D, promises a lot but delivers not much in the end. In fact it has been years now since the whole 3D thingy moved down to the consumer level and it still is not a compelling format in my eyes (no pun intended).

Yes, 360 sounds like there could be possibilities in it but I honestly don;t think anyone needs to worry about it for some time yet.

However in the interests of completeness there may be some of you who are just itching to get out there and start with this new technology.

So before you go anywhere you will need something to shoot video with in glorious 360 degree and to that end here is a pretty good buyers guide to the current market in suitable camera arrays.