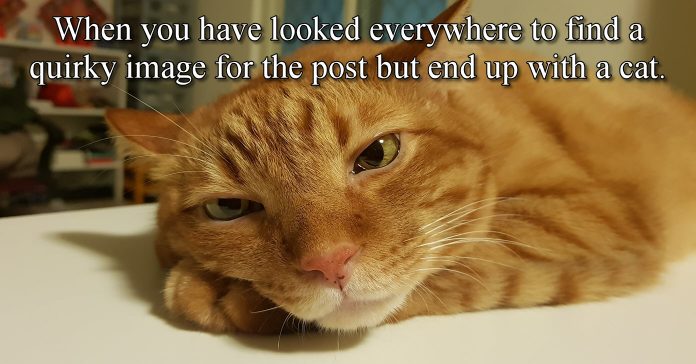 How To Make Your Own Foley + 41 Free Sound FX

A few weeks back I posted a video that gave an excellent overview of what Foley is, how it is incorporated into movie making and how the process works.

This week on the ShutterStock blog they posted a video that gives some great tips on achieving your own foley effects but the best part is that they are doing a giveaway!

Just hit the link below the video and you can download 41 free foley effects you can add to your projects.

If you are wondering why you would want to do that, check out the video.

With the current moves at YouTube towards favoring videos that have a more professional look maybe it’s time for any of you YouTubers out there to tighten things up a bit.

Creating a professional looking video does not necessarily mean having to outlay for fully professional equipment. For most people it is a matter of leveraging what they have and polishing a few skill to get the most out of it.

As amateur video creators it is pretty obvious that we are rarely going to be shooting video in a situation that offers us full control over the lighting of any given scene.

When we are outside we have available light that usually consists of sunny skies and shadows or overcast skies and less shadows!

When it comes to indoor shooting things get even worse because the sheer amount and quality of light drops dramatically.

So by including the video below on the subject of some single light setups I am by no means suggesting any of this is going to be your target for the next kids birthday party you have to shoot!

I have included it because as an amateur videographer the more you can observe the available light and the more you can predict how that light will affect your shots, the better you will be.

There is a world of difference at the editing stage when you can apply this type of knowledge when you are shooting your videos.

Not taking shots a certain way or from a certain angle but instead re-positioning yourself so as to take advantage of available light is far more efficient and satisfying than finding out later.

The video below is a general Q&A session hosted by Filmora which they tend to do every few weeks.

In this video they show a great tip for adding text to the screen that appears to be being typed in real time, some green screen tips and an excellent hack for adding markers to the timeline for just about any video editing software that does not offer that feature.

Well back in Grandpa’s day we used to have a thing called the “Title Safe Area.”

Now as much as I like to go into long rambling explanations of technology that no longer really applies, in the interests of your sanity I’ll keep this (relatively) short.

So, back in the day we used CRT television screens that were way different to the current batch of LED screens.

Because of their nature which I wont go into, you had to create titles in your video projects a certain way.

If you didn’t do that, very often those titles would extend beyond the edges of the screen and look totally naff.

To avoid this all video editing software would have a feature in the Titling module that showed you how far towards the edges of the screen you could spread your titles.

This was called the Title Safe Area.

Even today if you go into your titling module you will probably find a setting that allows you to see the Title Safe Area.

Of course these days this is a totally different kettle of fish BUT it is not necessarily a complete done deal.

This way regardless of the TV it was being displayed on, you would always see the titles in their full glory.

These days that Title Safe Area has been reduced to 10% because there is so much less variation on how your video is going to ultimately displayed be displayed.

For a complete explanation check out the article below.

With Instagram video seemingly on the rise and their owners, FaceBook, pushing the development and promotion of that platform it is probably a good time to get up to pace with it.

Like most social media platforms Instagram has its own little quirks and idiosyncrasies not just from a technical point of view.

It has its own user base and user behavior that differs from others like it and without understanding exactly what appeals to that audience any efforts to get viewership could be wasted.

The video below is a bit “rambling” but there are some key points covered on how to approach this relatively new video platform.

A few weeks ago I posted a couple of articles on the subject of RAW video files.

RAW has been around for a while but with Apple releasing a version of it in the form of ProRes the noise on the subject has not yet died down.

In fact I don’t really think it is going to die down at all.

Obviously this website is devoted to the enthusiast rather than the full professional so the question is what’s the deal with RAW?

Well the reason I am continuing to cover the subject is not so much because it is particularly applicable to any of us yet but it may soon be something we have to be aware of and have some knowledge of.

The reality is that once RAW as a file format begins to settle and move its way down the food chain it will instantly be used as a marketing tool with which the software companies and camera manufacturers will make every attempt to separate you from your hard earned dollars!

It is pretty easy to fall for the old “only the cool kids are shooting in RAW” marketing or the creation of that sense that somehow you are missing out on something when you don’t exactly know what the “something” is!

So the article below is not too technical on the subject and points out some important points to bear in mind if you are being presented with RAW capabilities as a selling point.

Just a simple run through of adding a “shake” effect to a text title in PowerDirector 16.