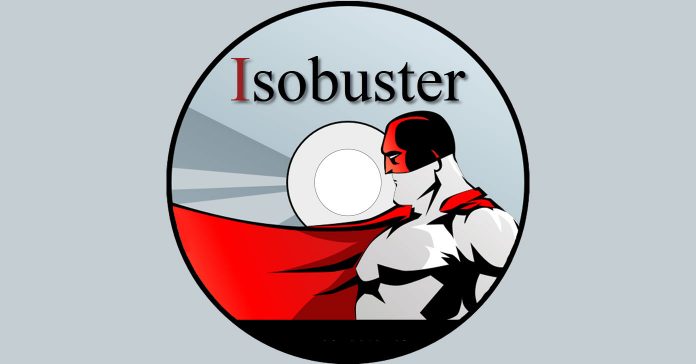 Last week I included a little blurb on a free utility I often use called MediaInfo.

You can read about it here.

Anyway this week it turns out another program I use quite often has just released a major update so I wanted to add a bit on that one as well.

The program I am talking about is Isobuster so for those of you who are unfamiliar with it let me explain what it is and why I use it.

Isobuster is a very specific repair tool that can be used to retrieve data from all sorts of optical discs like CD’s, DVD’s, and Blu-ray.

Well at least that basically how it started off in life.

This last one has been quite a break-though given the fact that there are over 50 different ways (depending on brand) that the hard drive in a video recorder will organize and write its data.

Isobuster is absolutely my “go to” software when it comes to dealing with discs or drives that have been damaged, are (in the cases of optical discs) unfinalized or for any reason are refusing to give up their data.

It even has a special mode for extracting lost video files and keeping them intact during the extraction process.

I think it was last week or the week before when I linked to an article regarding shooting b-roll footage more effectively.

In that blurb I mentioned the point that many people forget to shoot b-roll or just don’t consider it because “that’s only for the pro’s.”

Actually nothing could be further from the truth and in fact many people do shoot b-roll at the amateur level without realizing it.

The point I was trying to make (probably badly) was that if you shoot footage with the idea that “this is going to be b-roll” in mind, you are going to end up with better quality b-roll that is more usable in your projects.

B-roll has a specific purpose and shooting to suit that purpose really can lift a project way up in the quality stakes.

The article below goes a little more into the subject if what you should be doing or looking for when it comes to b-roll and although possibly written from a pro point of view there are some great tips.

What is ADR Anyway?

So for anyone out there that is suffering from a bad case of video OCD this one will be right up your alley!

Very often at the amateur or enthusiast level of video making the weak spot is audio.

In fact even at the fully professional Hollywood blockbuster level… the problem is audio!

The reason for that is that audio is not like other aspects of shooting video or film.

However unless you are in a soundproof booth you can only “try” to control the audio!

You can plead, beg, inform, gain cooperation and do all sorts of things to get the result you want on the understanding that at any time for no reason at all, they may go totally nuts and end up running around screaming.

That’s why all major motion pictures use ADR.

Why they use the word “Automatic” I have no idea because there is nothing automatic about it!

It is a process of replaying a scene with the actor or actors in a sound-booth and line by line they re-record the dialogue audio which is then dubbed on to the footage.

It is a slow and laborious task and is in fact one of the reasons certain actors get the big bucks.

The level of professionalism required to get it done right and in a timely manner is key.

So if you have recorded some footage and the dialogue is a bit dodgy then the answer to your prayers is ADR!

The article below covers just how it is done and if you are crazy enough to give it a go then don’t blame me!

Shooting with More Than One Camera

So! You have bravely (foolishly) stepped up and agreed to shoot an event of some description that will require you set up and use more than one camera.

Just a quick note here: If this “event” happens to be a wedding then you might as well stop here, you are doomed and nothing can be done about it.

So aside from weddings you are now faced with capturing an event on multiple cameras and as you look around the room you realize there will be no-one else to help you.

Just check the article below and everything you need to know is covered and it is all going to work out OK in the end… probably.

It seems that since then they haven’t been sitting around twiddling their thumbs!

This week they announced the release of a new free internet browser that offers private and more secure browsing.

This is not really part of my brief regarding video editing etc. but I thought it may be of interest to some of you.

Last week I included a tutorial/demo video of using match cuts in you projects to add a dynamic feel to it.

This week I found another video showing even more examples of how and when to use a match cut and the effect it has on the overall viewer experience.

One of the key things you have to keep in mind when dealing with high definition footage is the sheer amount of work that it is asking your computer to do.

If on top of that HD footage you want to apply effects or transitions or even color grades that amount of work goes through the roof.

One thing I always do is my housework… well on the computer anyway.

If your computer “should” be able to handle what you are doing but is just falling short of the mark with occasional crashes or freezes then maybe a little cleanup might do the trick.

Of course after that if you are still having trouble you may want to go to using proxy or shadow files at lower resolutions and bitrates.

Personally I find that is not necessary as long as I keeps things tidy.

Check out the article below from the guys at Ccleaner for a few tips on keeping your system running smoothly.

PowerDirector – Incorporate an Animated Revealer into Your Title

Another handy little tutorial from Sharper Turtle on adding a touch of bling to your titles.

This one just uses an animated transparent object to do a bit of a swirly thingy before the title is revealed.

Once you get the concept and technique down you can go crazy with it… but not too crazy!

How to Make a Glitch Transition Effect – CyberLink PowerDirector 17

I am pretty sure that I have previously included a glitch effect tutorial in the Friday Roundup.

However long term readers will be painfully aware that I am too lazy to check if that’s true or not so I will just slap this one here anyway… cos’ it’s easier.

One of the restrictions of posting video to certain social media and video distribution sites is that the sites themselves are optimized for vertical viewing.

The result of that is that videos uploaded in widescreen get re-sized down to a smaller scale to fit the screen.

The obvious answer to that is to shoot videos for those sites vertically or in portrait mode.

The downside of that (and there is always a downside) is that portrait mode presents its own particular set of problems when it comes to what you shoot and how you shoot it.

In the video below there are some great tips on dealing with this different aspect ratio and how to get the most out of it.

Another “quickie” from the people at CyberLink showing some of the basic effects and settings within PowerDirector for handling 360 video.

This on is pretty self explanatory in that it shows the “Little Planet” effect you can incorporate into projects.

Create a Vanishing and Reappearing Effect with PowerDirector

This is a quick run through of how to create the cheesiest looking “guy disappearing behind smoke” effect in the history of cheesy effects!

However don’t let that put you off!

In reality if you replicate this effect or something like it and get it to the “cheesy looking” point from there you can go into some of the more advanced settings and turn down the cheese.