You are here: Home / DIY Video Editor Blog / The Friday Roundup – Khan Academy and Pixar in a Box, Cinemagraphs 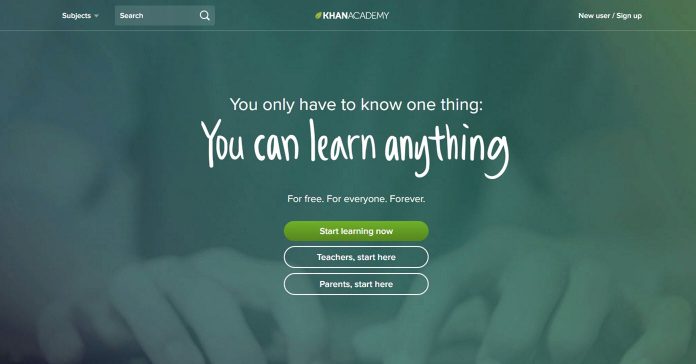 Pixar in a Box – Khan Academy

I wanted to kick off this week’s Friday Roundup on a subject that is not totally connected to video shooting or video editing per se.

I was wandering about the internet this week as is my want and re-stumbled upon a site called Khan Academy.

Now the way I stumbled upon it was through a link to something called Pixar in a Box.

When I arrived at that site I found the most amazing set of tutorials produced by Pixar for the Khan Academy on the subject of computer animation.

If you are not familiar with Khan Academy it is a site that was started quite some time back by a guy called Sal Khan.

He originally put a little site together to help his cousins with their maths and soon realized there was a demand for what he was doing.

So from that time forward the Khan Academy has been offering free online study for millions of kids around the world.

From their Mission Statement:

“Khan Academy offers practice exercises, instructional videos, and a personalized learning dashboard that empower learners to study at their own pace in and outside of the classroom. We tackle math, science, computer programming, history, art history, economics, and more.”

The organisation is funded purely through donations and is a very worthy cause that has expanded hugely over the years.

If you have a moment by all means go over to their site and checkout the Pixar tutorials because they are amazing but also take a look at the site itself to be reminded that there are good people out there doing good things.

Over the past few weeks I have been getting a lot of promotional material for various pieces of software that make cinemagraphs.

Most of these are around the $30 to $40 mark price wise and are being mainly marketed to people for commercial use.

First of all in case you didn’t know, a cinemagraph is a .gif file that consists of a still image with only some part of it retaining the original motion.

You have probably seen them around and hopefully there is one embedded in this post just below this text!

From a video point of view the way they are created is by taking a still shot from a short video sequence and then overlaying a small looping section of the original video with a mask.

You can do this in most video editing software but to be honest it is a bit fiddly to get done.

The final barrier is that it has to be exported as a gif file to work properly.

Whilst I have no problem with the software that was being offered to me I don’t personally think it is much of an investment unless you are going to be making them all the time.

Interestingly if you do a search for how to make a cinemagraph you can also make them in a lot of image editing software packages these days as well.

So after following the cinemagraph trail for a while I was surprised to find the free product listed below from Microsoft!

I have tried it out and it works perfectly well only the resolution of the final file is limited to a 640px wide .gif but you can’t argue with the price!

There are four or five good tutorials on the subject over at Microsoft so even if you don’t use their free software it explains the process well enough for you to probably work out how to do it yourself with your own editing software.

You can get the software here: Microsoft Research Cliplets

And if technically everything has gone right, this is a cinemagraph:

This week I had a question from a reader in one of the comments of a post about Pinnacle Studio and how he had tried to make the automatic sync function work but the software failed.

So below this blurb is the video in question and yes, the software can do what it says it can do.

However as I said to the original poster on that comment there are limitations to what software can do and circumstances under which there is no way it is going to be able to perform.

So let’s get this subject a little under control and set some realistic expectations.

First of all and probably the most important point is this: Video Editing Software cannot “see” your video and it cannot “hear” the audio in your video.

All it can really do is analyze the audio from two or more sources and try to match them together and it does this generally in two ways.

The first way and easily the most reliable is the “common audio event.”

A common audio event is a clear and unique audio event that occurs within the audio of all video or externally recorded audio tracks.

Although you may not know it you are probably very aware of this because it is the clapper board sound you see when you see movies being shot.

The clapper loader has the shot and take written on the board which he places in front of the camera, announces clearly what the shot is then snaps the top arm down to make a short, sharp, clear sound.

That smack of the board now exists as a marker on the video file (which has it’s own audio) and the externally recorded sound file.

The editor can later align the waveforms of both assets in editing and we are synced!

Automatic syncing uses this same technique and just searches for a common audio event near the beginning of the tracks and then if it finds it in both, syncs according to that.

The second method, if there is no common audio event is to analyze the waveform pattern of both audio files.

By analyzing and comparing the two (or more), very often it can sync the files together based on the sound patterns.

The downside to this is that if there is no common audio event and there is no similar wave pattern then the software simply cannot do what you want.

In this case you are down to visually syncing yourself using the preview window of whatever software you are using.

This is part two of the ongoing seven part series on how to use DaVinci Resolve as a video editor and for color grading and correction. If you click on the YouTube link it will take you to a special playlist I have created so you can track through the lesson in sequence.

A long time ago I posted a video somewhere around here showing a great way to fake a running or chase sequence using a single cam and with no need for a stabilizer.

Given the fact that one of my original reasons for starting this site was to keep stuff like that in a place where I could find it, it seems a little ironic that now I can’t find it!

Anyhoo I managed to find another video covering the technique so that’s the one you will find below.

In a nutshell the problem with an outdoors type running or chasing sequence is that if you are going to be following along with the runner or “chasee?” you are going to be bouncing up and down all over the place taking footage shaky enough to make the audience throw up!

Of course you could hire a steadicam for the day but I am way too cheap and way too lazy for that!

So the essence of the technique is that you place your cam on a tripod and have the person run in a circle around the cam.

You just swivel the camera to follow them and repeat it with longer shots, closeups and mid shots until you have enough footage.

Then once you get it all into the editor you just cut short shots together that give the effect of a running sequence.

Anyway, check out the video and you will very quickly see what I mean.