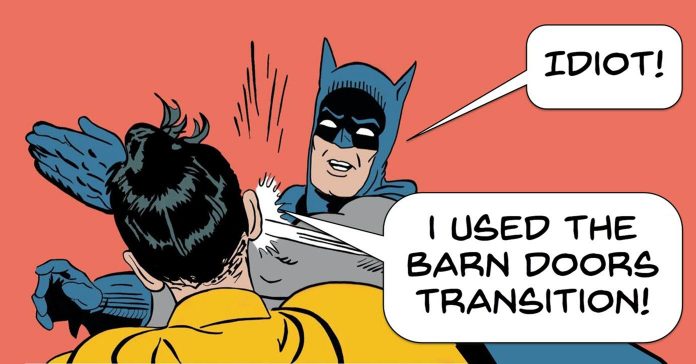 One of the best ways to save a bunch of time when you are editing is to have certain defaults set up so all you have to do is point and click so that action occurs.

This is especially true for transitions.

Rather than having to repeatedly go into the transitions area in your effects library and go through to find the same one over and over you can set it up as a default.

The video below runs through the process in PowerDirector but to be honest the same process is almost exactly the same in most editors.

Somewhere in the Options you will find an entry for a default transition which you can set.

How to Use the Power Tools in Filmora

For a few years now my “go to” suggestion for an easy to use video editor has been Filmora from Wondershare.

It is inexpensive, well featured and most importantly very easy to learn and use.

It is easy to get the idea with editing software that is promoted as easy or simple to use, that somehow the software will be lacking in features and this is an important point.

What I have found is that for the average person looking for software to do some simple editing they tend to get swayed in their decision by the sheer number of features on offer.

So obviously when you stack a program like Filmora up against the likes of PowerDirector, Movie Studio, VideoStudio etc. it tends to come off looking a bit short!

However the reason for this is because the wrong question is being asked in the first place.

Paying two or three times the price based on the “more features” line of reasoning is really false reasoning.

The question should not be, “Which one has the most features?”

The actual question should be, “Which one has the features that I would ACTUALLY USE?

If people searching for software kept that point in mind I think they would more often than not end up with a much simpler piece of software just about every time.

However just because a program like Filmora is considered to be simple does not mean it doesn’t have some pretty powerful stuff going on behind the scenes.

Check out the video below where they delve into some of Filmora’s advanced features.

Pinnacle have recently released an update to Pinnacle Studio to address some bugs especially a few concerning the motion tracking feature.

There were a few different problems but probably the main one was that if you tried to get into the motion tracking module through the effects library, most of the time nothing happened.

This was also true for right clicking on a clip in the timeline and selecting motion tracking.

With the release of this patch taking Pinnacle Studio up to version 20.6 all of this has been addressed and the process for accessing the module has been simplified.

Check the video below for a run through of the new procedure.

Over the past year or so European based software company Magix have been working quite hard to beef up their online tutorial resources.

This was always one of their weak points so it is good to see them putting in the effort for their users.

The video below is for their professional editing suite Video Pro X and covers the subject of Lookup Tables.

Normally I would recommend videos like this to just users of that particular software but as has been the case with many of Magix videos of late, there is some great information for anyone.

The first part gives an excellent outline of what LUTs are and what their purpose is. If you need a quick background on the subject then this video should serve you well.

Even after the introductions are done and they get into the actual use of LUTs in Video Pro X they give great information on the process itself as well as why a user would want to be dealing with LUTs in the first place.

Here again we have another well produced video from Magix this time covering the subject of 360 degree editing.

Unlike the other video I added from Magix for this week this one is not really for everyone.

It specifically applies to users of Video Pro X and for them gives a great run through of the features in that program for 360 degree editing and how to effectively use them.

This is another in a continuing series of tutorials being put out by Magix quite regularly these days.

How to Shoot a Time Lapse Video

One of the features (of which there are many!) that the marketing guys over at your local video editing software company use to create interest is time lapse.

The real reason they like to push it is that they can present the feature as a “bells and whistles,” “only the cool kids have this,” “all singing all dancing” feature along with a snappy looking timelapse video.

It’s got color and motion and all you need to do is point and click your way to time lapse success… you just know you want it!

As is the case with most of the marketing guff associated with software sales the reality is somewhat different to the fantasy.

Time lapse can absolutely be a great way to create some interesting and effective video projects but the idea that a couple of point and clicks is going to handle it is being optimistic to say the least.

There are two aspects to getting them right, the first is in the shooting and the second is in post production or editing.

It is not an overly daunting process and there are just a few simple things you need to get right and understand.

Once you have them under control yes, you can create awesome time lapse sequences.

Check the video below.

STORYBOARDS are they NECESSARY?

One of the more advanced techniques used by all pro video makers is the use of storyboards.

A storyboard is simply a set of little sketches that lay out the sequences of shots needed for a project from start to finish.

Everyone involved in the production can at any time use the storyboard to work out what shots are going to be needed, when to schedule those shots and in fact just about every organizational aspect of the production will revolve around it.

A subset of the storyboard is the shot list.

This is an overall list of every shot need for the production and sections of it are gathered together and used for scheduling for each day.

Now most people reading this blog would be thinking what does that have to do with shooting the annual family get together?

The answer to this lies in what having a shot list and storyboard actually mean and they mean this.

You see it doesn’t matter whether you are shooting a Hollywood blockbuster or lunch with the in-laws, there will always be events that unfold that serve to distract you from what you are trying to do.

By having a plan written down somewhere you can always refer to it to makes sure that essential shots you know you are going to need (because you have a plan!) get taken despite those distractions.