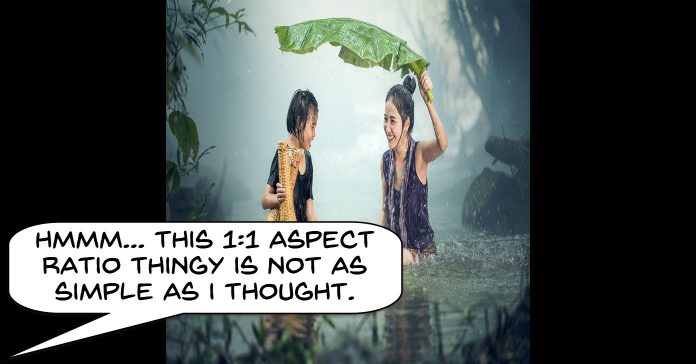 For any longtime readers of the Friday Roundup you would have noticed that there are certain resources I go back to over and over each week.

For example when it comes to YouTube videos I go to Tim Schmoyer and Derral Eves.

The reason I do that is because those guys (and others on other subjects) are consistently creating tutorials and information in a way that is of value to someone wanting to learn or improve.

There are some others that I also track but I only occasionally add their content.

One of those is Steve Grisetti at the Muvipix YouTube Channel.

He tends to cover a few different software products such as Premiere Elements, Photoshop Elements and others but does not necessarily create relevant content to video editing all that often.

The one time his channel does tend to shine is when a new version of a particular brand of software is released.

Pretty quickly after the release he will produce a run through of the newer version plus a comprehensive series of video tutorials on using that software.

That brings us to the two videos below.

The first is Part One of an eight part series on how to get up and running with PowerDirector 18.

The series is probably a little too simple for anyone already working with PowerDirector but for an absolute newbie they are ideal.

Underneath that one is Steve’s introduction to the new version of Adobe Premiere Elements.

So while we are on the subject of Premiere Elements 2020 here is their fancy new promo video for this latest release.

You can check out my existing Elements Review Here and hopefully I will have the full review updated by next week.

How to Make Square Videos for Social Media – CyberLink PowerDirector 18

When PowerDirector 18 was released a few weeks back one of the new features on offer was the ability to create 1:1 aspect ration videos.

The reason for this addition to the existing aspect ratios of 16:9, 9:16 and 4:3 was that a number of social media platforms prefer this aspect ratio.

Of course many of them would accept a 16:9 or even a 9:16 video but often that would result in strange cropping or adjustment of your original video.

With the 1:1 option that some platforms preferred it was all that easy to comply.

So that all sounds very good until you get to the point of actually using that 1:1 project setting… because it’s video and it is NEVER straightforward!

Chances are that just about all of your footage is going to be shot at 16:9 aspect ratio or if you are holding a phone upright, at 9:16.

Bottom line is that no-one is going to be shooting at 1:1!

So in the video below you can get a good idea of how to go about this in the simplest possible way so that you can be like all the cool kids and upload at 1:1.

Just before you do that and if you are at all logical you will have figured something out about all of this that doesn’t make sense!

If you upload at the wrong aspect ratio then the social media platform will crop and or zoom your video.

If you try to fit a 19:9 video into a 1:1 project you will have to crop and or zoom your video to make it fit. So why bother?

Well I guess that comes down to having control over the process.

By creating a 1:1 aspect ratio project it is you who gets to determine how your video gets cropped so you can retain the best possible quality.

PowerDirector – Adjust the Behavior of a PiP Object

With each copy of PowerDirector there are a number of pre-populated animated PiP (Picture in Picture) objects.

These can be used to enhance titles or any number of other functions when it comes to the design of your videos.

They are as I say somewhat preset however there are some settings inside them that you can adjust.

Most users would probably assume they are not adjustable in any way but that not strictly true.

I am certainly not saying that those effects can be wildly changed from their original state but you can do a few things to personalize them.

Check out the video below for a good run through of how to access their settings and what you can and cannot do to change them.

Probably a few years back now I posted a general roundup of the Android teleprompters that were kicking around at the time.

Since then I guess a lot of water has passed under the bridge and today’s teleprompters are a whole new ball game.

Now if you are into making the kind of videos where you or someone else is talking to the camera, a teleprompter can be a real life saver.

If you are anything like me then the thought of appearing onscreen can be rather daunting.

The usual result I get is that it doesn’t really matter what I am talking about I end up looking and sounding like some sort of angel of death.

One excellent way of avoiding that is to be totally rehearsed and smooth with your delivery.

Just taking away the idea that you may “go dry” or stumble can lead to remarkable improvements in your delivery and that’s really where the teleprompter comes in.

The pro’s don’t actually read word for word from the teleprompter.

They first practice the script then use the teleprompter as a guide or a fail safe when making the final delivery.

So check out the video below for the current state of teleprompter apps and see what you think.

Add an Outline Glow to Anything – FilmoraPro

This is a pretty good tutorial showing how to add a kind of glow outline to either an object in a video or even an entire person.

The demo is being shown in Filmora Pro but having that software is not necessary to achieving the effect.

What you will see from the tutorial is that it is essentially put together using masks, motion paths or motion tracking and a few other very common effects or assets.

This is not a particularly wild effect when you look at it but the tutorial itself offers a pretty good insight into what it takes to get any effect looking good.

Image by Sasin Tipchai from Pixabay