You are here: Home / DIY Video Editor Blog / The Friday Roundup – REALLY Learning from the Experts and Transitions 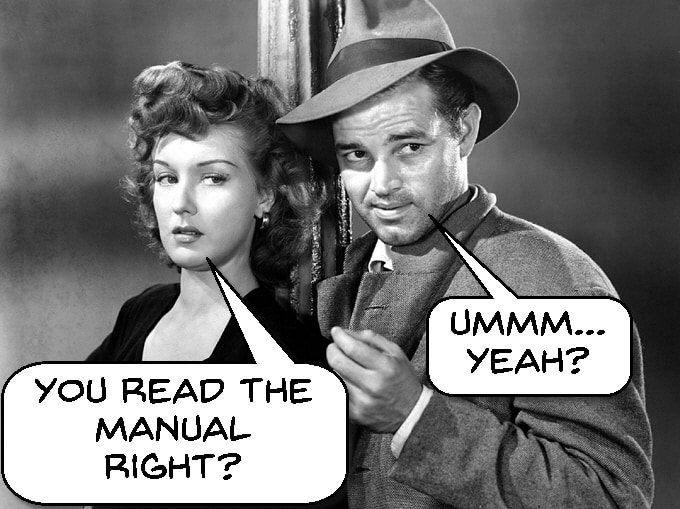 The Key to Really Learning Video

I ran across this video from the Basic Filmmaker this week and initially thought it was going to be another “basic mistakes” video.

However what follows is not so much a list of things that most people get wrong on a regular basis but what boils down to the one mistake that rules them all.

Sorry, I got a bit Lord of the Ringsy there.

Anyhoo the point he is making rally is an important point to keep in mind when you look at videos showing you how to do things.

You see the greatest barrier to learning anything is the idea that you know it all already.

If you go into a subject with that mindset then it is almost guaranteed that you will learn nothing.

What you will actually be doing when presented with materials on any subject will be a kind of skimming process in your mind where you are waiting for something to jump out at you and hold your attention.

This mindset places you in a completely passive position and at the mercy of the materials.

The difference between someone learning something and someone failing to learn is that the “learner” is actively engaged in the process and is seeking information to understand and apply.

The non-learner is passively waiting for knowledge to somehow infiltrate into his mind and become knowledge.

So in light of that this week I have pulled together a bunch of “learn from the experts’ videos on to the one post.

This week I wanted to revisit the subject transitions.

On a pretty regular basis I get people commenting or emailing on this subject and it is one that really bears a closer look in order to get to a desirable understanding of the subject.

The most common request I get is either how many transitions a particular piece of software has or where can I get even more transitions than the ones I have.

Given the fact that the average consumer level video editing software package will come armed already with over 100 transition you have to wonder what it is that they are looking for.

It is questions like these that make me worry because if there is anything currently that contributes as much to poor video at an amateur level than shaky shooting it would be transitions.

So first of all let’s clear up exactly what they are and what they do.

A transition is simply an insert between two video clips so that we smoothly go from the last one to the next.

It is simply a straight cut from one scene to the next.

The next most commonly used one is some variant on a cross-fade.

This is where the last scene sort of dissolves into the next scene smoothly.

This one can be adjusted so that the fade occurs quickly or slowly or can be added to by inserting a black or even white couple of frames in the middle.

This way the last clip actually fades to black and the next one fades up out of that black.

You can use white like that as well which is a transition that became popular on a lot of T.V. crime dramas.

The purpose of the transition regardless of which one is to further the story, to maintain viewer attention on what is happening and get the viewer to ride along even though you have to change the scene.

A straight cut indicates to the viewer that we are continuing in the same way, the same room, the same overall scene just from a different angle.

A cross-fade says pretty much the same thing but in a softer way and gives a sort of time passing feel to what is happening. The fade to black and immediate fade up from black indicates a scene change, a significant time change or a switch from one part of the story to another.

Now this is by no means a definitive explanation of the role of transitions but as you can see they have a purpose and their main role is to keep the audience involved in what they are seeing.

So why do people keep asking for more and more transitions?

Well the answer to that is pretty simple.

Very often the effect of a complicated transition is kind of cool or eye catching (the exact opposite of its purpose!) and the amateur editor sees it as a way of adding something to impress people with color and motion.

The result in their projects is often so cheesy because of it that point that they find it hard to get people to keep watching their videos.

One of the best exercises you can do as an amateur video editor is to watch professional editors at work.

Their work is all around you on T.V and in movies.

Next time you are going to watch some T.V. instead of just sitting there following along with the story being presented to you (because the editor did a good job) just watch each scene as an individual scene and wait for the change.

Take note of how the scene changed.

Did it cut, did it fade, did the editor do something else?

Just watch and see what the editor is doing and try to understand why he made those choices at those cut points.

I feel very safe in saying that for the majority of those points you will see almost exclusively cuts and fades.

Now given the fact that the average consumer level video editing software package will come with over 100 preset transitions, all of which can be customized I don’ really see why people are looking for more!

Now, on the other hand the transition can be lifted beyond cuts and fades to an art form in itself and still follow the rule of furthering the story and not being a story unto itself to distract the audience.

Check out the link below for some tips on hand made transition that are amazing yet still do their job.