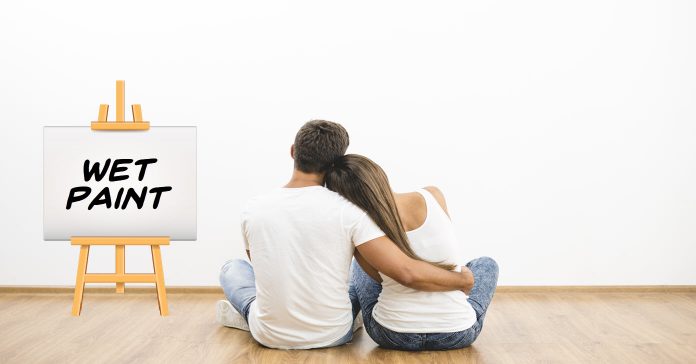 How to Find the Story in Anything

I wanted to kick off this week’s Friday Roundup with the video below because it covers an absolutely vital subject to making videos.

Many people start off making videos of various events, gatherings or whatever and then after a while begin to wonder why those videos aren’t really that good.

The missing ingredient here is not really a lack of coverage or even a lack of reasonable editing.

The missing link is actually the lack of a story.

Of course for most of us the idea that there has to be a story seems a little strange sometimes given the subject matter.

I remember a reader once asking me about it because she was making pot planting videos and couldn’t see how a story would be contained in that activity!

One of the reasons for that is that we tend to think of stories in terms of something like a book or a full length movie.

That is after all the most obvious way we are exposed to stories in our everyday lives.

But “the story” can be just a moment, a few seconds or minutes and most importantly, it may actually be a small part of a larger story.

So rather than me trying to babble on about it just take a look at the video because it has an excellent breakdown of how to find and tell the story in a video in any subject or situation.

Although this video is presented as 5 tips for action movies or sequences the tips can be applied quite successfully to just about any shot that involves movement.

Pay particular attention to the first tips on handheld shots.

Very often I can see that people have tried to convey action or urgency or something similar in a shot by shooting handheld.

That’s fine in itself and will get the job done.

The mistake I see many people making is that they try to add more movement to the camera to try to accentuate that “handheld” feel.

This generally results in camera shake that becomes more noticeable than the action you are trying to show.

When you are shooting handheld in high definition there is no need to try and “add” to that handheld look. You will get it naturally.

One confusion that modern video editing software has introduced into the mix is exactly what we are doing when we are editing videos.

They are are all suites of software that cover a number of functions that would be dealt with separately at a professional level.

Capturing or importing video is one, organizing assets into a library is another, arranging footage on the timeline and synchronizing audio etc is one more, adding effects or manipulating any of the assets to be used is yet another!

In fact the list goes on and on and all of these things are separate activities even though we as amateurs or semi-pro editors carry them out within the same space.

Compositing is something we do all the time yet most of us don’t actually know we are compositing!

Here’s a run through of some of the basic tasks that fall under that heading.

10 Types of Shots Every Filmmaker Should Know

This is an excellent run through of 10 of the most common shots you will see in film or video production.

It gives good clear examples of what each shot is as well as an explanation as to why that shot is used and what it achieves.

In addition to the video itself Shutterstock have also done a blog post on the subject covering a few more examples and further explanation of each one.

The makers of Pinnacle Studio video editing software have recently teamed up with DJI the makers of the Mavic series of drones.

In order to celebrate this little get together they have begun posting resources online specializing in dealing with the operation of drones and the use of drone footage in their software.

The link below goes to an excellent “overview” type article that gives some great basic advice on operating drones, getting good footage, trying not to kill anyone in the process and then through to using that footage in software effectively.

This an official video from VideoStudio covering how to customize motion in the new VideoStudio 2019 version.

One of the points that should be noted about VideoStudio is that many people tend to write it off as being too simple or perhaps lacking in features which is not really true.

In the design of the VideoStudio user interface Corel have been for some time trying to simplify what you see on the screen when you are just doing basic actions.

However hidden behind the scenes are some pretty powerful tools and I have to acknowledge that they were one of the first programs to introduce key-framing to their product a few years ago.

If you check out the video below you will see what I mean.

Although at first it doesn’t appear that the feature even exists, once you open it all up you have a wide range of choices to play with.

This is another good example this week from the folks at Corel, the makers of VideoStudio, of another of the “hidden” features in the software.

As I mentioned above, VideoStudio on the surface can look a bit simplistic.

Not that there’s anything wrong with that!

However tucked away behind the scenes are some pretty awesome features offering very advanced control.

Motion paths is one of them.

Generally speaking split screening has possibly the greatest potential for creating an amateurish or cheesy look to any video!

Possibly only pre-packaged transitions are on the same level.

Most of the time they look kind of naff and at worst they are just plain distracting.

If you feel you must use them at least tailor the split screen to be appropriate to what you are using it for.

Here’s a demo of the split screen module in VideoStudio that at least allows you to customize it rather than just use presets.

How to Synchronize Music and Video in Cyberlink PowerDirector

First of all the title of the video below tends to suggest a tutorial on simply syncing music audio to video but it is way more than that!

Very often amateur or home movie makers are putting together projects that are technically montages.

Just shots of an event or moment in time that shows “what happened.”

We are to some degree trapped into doing a lot of these because our access to good quality audio of the events being shown on screen is quite limited.

I don’t think all that many of us are lugging around separate high quality audio recording equipment as well as our cameras!

That pretty much leaves us at the mercy of on-board microphones which at best can be a tad inconsistent.

So that answer to that is the trusty montage with some background music.

The effectiveness of that music to enhance what you are showing depends on a number of factors.

I have written before on choosing music that suits the projects and also on how to sync the music to cuts on the timeline to keep the action moving along.

This is the first time I have come across a video that really gets into adding music to a video project in great detail and covering every aspect of it.

It goes for 22 minutes or so and as far as I can tell, leaves no stone un-turned, well worth watching.

How To Edit Audio To Make Better Videos – PowerDirector 17

In the most recent version of CyberLink PowerDirector 17, CyberLink made some pretty big changes to the audio handling capabilities of the program.

In previous versions of PowerDirector there were the usual basic tools that most software offers to edit or enhance audio but for some of the more advanced stuff you had to go up to a separate program called AudioDirector.

This all changed in version 17 and although they still offer AudioDirector as a standalone application for most people the internal offerings of PowerDirector 17 should be more than enough.

With the introduction of that more advanced audio editing comes a whole new world of words and terminology that we can all fail to understand!

Fortunately in audio editing the nomenclature of the subject remains pretty constant across all software and platforms so we have at least that on our side!

In the video below Maliek goes through some audio enhancement steps inside PowerDirector so if you have that program and want to take advantage of those features then this is a great place to start.

If you do not have PowerDirector I would also recommend you watching it as well.

As I said, the terminology remains largely the same no matter what software you are using and the video has some excellent explanations of what those various tools and settings will do to your audio.

This is a quick tutorial video on how to create a kind of “down and dirty” whip pan or swish transition between two shots.

In reality all it is doing is adding some blurring type of effect to some panning footage to achieve the result but it is OK for what it is.

I have previously posted other videos on achieving this effect so if you want to see the “pro” way of doing it then Click this Link for That Video.