You are here: Home / General Tips / Maintenance Tips for A Video Editing Computer 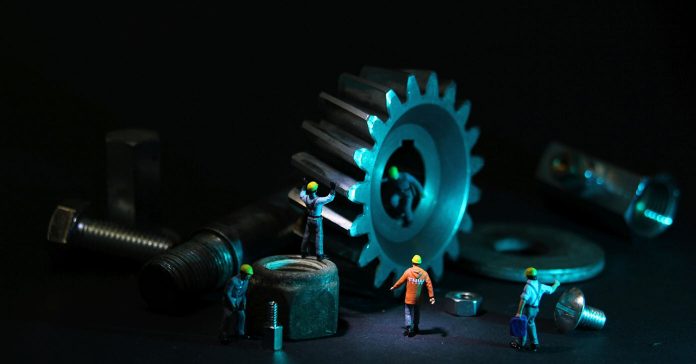 One aspect of editing videos on the average “home user” type computer set up that to this day remains of vital importance is that of maintaining the machine in it best possible operating state.

In the past this was necessary because the files being handled were so large that the hard drives available were often stretched for space.

Other resources on the computer were also stretched in a sort of flow-on effect from the need for the computer to deal with the huge amounts of data.

As time has passed we have seen a significant reduction in the size of the files that our computers need to handle due to far more efficient compression technology.

Unfortunately this gives the average user the impression that there is less need for resources and that the marketing hype about it all being so effortless for the computer to process is actually true… NOT SO!

The modern batch of highly compressed video files, especially in high definition, achieve the quality you see on the screen by throwing enormous stress on your system.

In this article I am not going to go into the details of exactly how that happens but a quick way to think of it is like this:

In about 5 seconds of high definition video shot at 25 frames per second we have 125 frames of video.

This gives the impression of there being 125 little pictures that get played on the screen in sequence resulting in the illusion of motion.

However the way the compression works is by literally throwing away the majority of the image data in nearly all of those frames to make the file smaller.

Of course you can’t just throw stuff away randomly and expect the video quality to be good!

What the software responsible is doing is noting items from frame to frame that are repeated.

When it finds something repeated, it locates the first instance of it and notes it’s location… which frame and where on the frame.

The next time that item is repeated, say in the next frame, the item is discarded and a note placed there saying the item should be there and to find it go to frame #X and get it, then display it in this frame too.

When editing or playing back these files the software is constantly scanning up and down the earlier and later frames to “re-build” the current frame for display or editing.

In the 125 frame example there are probably only 2 or 3 fully formed frames, all the rest are detailed “notes” about what information is needed where and where to get that information.

All this fetchin’n’carryin’ has to be done by someone and that “someone” is your computer.

In a nutshell there is enormous stress being placing on the read/write function of the hard drive, there is a huge need for large amounts of free RAM to shuffle all the data around and finally the execution of immense number crunching to be done by the CPU.

This is the reason why the major software companies have rebuilt their products as 64 bit applications (unlimited RAM) and have introduced the ability for the software to utilize processing power on the video card.

Under these circumstances one of the best ways for you to make the editing experience smoother and far more trouble free is to do some maintenance regularly on your computer…. so let’s get started!

The first order of business here is housekeeping and there are three areas that are the major sources of computer slow down:

So, it’s time to take out the garbage with one of my favorite feeebies!

This is a program that started life many years ago under the name of “Crap Cleaner.”

I thought it was a great name because, well, that’s what it does!

However after a few years the owner seems to have developed marketing skills and changed the name to CCleaner.

It is a great program for cleaning out all the garbage that builds up on your computer over time which causes the computer to slow down.

I usually run it once per week or if I am about to start a project then run it prior to beginning.

It has great controls for determining just what you want cleaned out or you can use the default settings with confidence.

Now that we have taken out the garbage it’s time to put everything back where it was supposed to be in the first place.

Windows is still a pig when it comes to useless or incorrect entries building up in the registry and this is a major cause of computers slowing down or becoming unstable.

The registry is at the very core of the operating system and as this area becomes more cluttered and disorganized Windows, has to sort through an increasing amount of data to get to what it wants.

The addition and removal of software and just general use of the computer cause these useless entries to build up in the registry.

The answer is to regularly and SAFELY remove these entries to keep the registry neat and tidy.

Noticeable improvements in speed and stability can be achieved by doing this.

In the past I used to use pro software for this however since Win 7 came on the market and also with the maturation of Ccleaner I just use the registry cleaner in that software.

Just let in run in the default settings and let it clean out anything unnecessary.

When you use it for the first time you may have to run it three or four times until you get a clean bill of health.

I have found it always to be totally safe and effective.

You can download a free copy of Ccleaner here: www.ccleaner.com

This is an area that has dramatically changed since the introduction of the Windows 7 operating system and remains pretty much the same for Win 10.

The redesigns of those operating systems has all but eliminated the need for disc defragmentaion to be done as a separate task.

Both of those systems tend to monitor fragmentation on an ongoing basis and carry out defragmentation as a background process.

Both of those systems seem perfectly capable of keeping hard drives neat and tidy without any user intervention.

If you do suffer from performance degradation and have tried other methods then by all means check if the hard drive is fragmented but these days it is not such a big factor.

You may also want to take a look here for further video editing troubleshooting tips.

The only time this may become a problem worth investigating is when you are working on very large projects or have perhaps imported a huge amount of files on to the hard drive in one session.

If you are still running Windows XP… then read on.

The subject of defragmentation of hard drives is area full of opinion and facts and it is very difficult to separate them out.

Most of the free or even paid software around for defragging seems to me to be intent solely on the purpose of producing the most defragmented hard drive possible.

Of course you only have to use the computer for two minutes afterwards and it is already suffering at least some fragmentation.

Perfect defragging is not the point.

Additionally, constantly and totally defragging the hard drive can also get to a stage of not really being worth the effort, given the excessive workload being placed on the hard drive itself.

You may end up with a perfectly defragged, but broken down, hard drive of no use to you or anyone!

Again, I used to use paid programs for this but I think that is totally unnecessary these days.

Both the Windows 7 and Windows 10 operating systems have a defrag utility in place and I have found them to be more than effective for the job.

In fact I have Windows 7 and 10 to be by far the most well behaved versions of Windows when it comes to the need for defragging the hard drive.

When you have newly transferred video files or other assets on to your hard drive run the defrag check to see how things look.

If the system recommends a defrag then do it.

Otherwise you can get started on your project with confidence although if at some point you do experience trouble then run the defrag as a first option to make sure all the files are nicely packed together on the hard drive.