You are here: Home / General Tips / Some Useful Free Tools for Video Editing 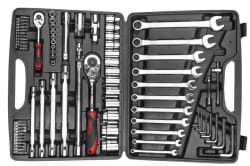 Sometimes its not just about the video editing software you choose all by itself.

Very often the combination of software limitations and the fact that most of us are not using a computer solely dedicated to video editing can make things a little more complicated than they need to be.

These are a few of my favorite free utilities that I use or have used in the past to make the job of video editing a little less stressful… on me and the computer!

Starting off life many years ago as Crap Cleaner (my preferred name for this program!) CCleaner remains one of the great freeware programs available for Windows users today.

Video editing is a resource hungry activity and it is not helped in any way by piles of useless temp files, folders and goodness only knows what other… well… crap that builds up over time.

CCleaner run once a week or even just before you start a video editing session will go a long way towards a stress free experience. As a bonus CCleaner also has a rather nice Windows Registry cleaner in it as well.

Once you have used CCleaner to take out the garbage then the next order of business is to get organized.

Give that hard drive a good defrag and keep it defragged.

From Windows 7 forward the inbuilt defrag utility combined with Windows’s much better file handling should mean you have no need for an extra program.

However if you are running an earlier version of Windows then Smart Defrag is a good choice.

Smart Defrag is a full-featured disc optimization tool with a well-designed interface. It has an auto defrag function or you can schedule defragging for when you are not likely to be using your computer.

On the downside the first run through your hard drives may take a little time but it is a good idea to use the “deep optimization” for this first run then leave it in “set and forget” mode from then on.

It may be a good idea if you are a little short on computer resources to suspend the program while running your video editing software.

Video editing software programs are a little inconsistent regarding how you can name the files you import or capture for editing.

Corel VideoStudio is the perfect example of no control whatsoever, potentially resulting in hundreds of cryptically named video files that give no clue as to what they are and where they came from.

File Renamer Basic is a handy little utility that allows you to select and entire folder of files or more and have it rename those files with more meaningful names.

It will respect the file sequence of the originals so you don’t have a bunch of files that are now renamed and out of order!

When you are working on large projects, organization of your video, audio and still image assets is a must if you want to retain your sanity… File Renamer Basic can help there!

Smart Close is a tiny little program that you can use to quickly shut down any unnecessary service or programs running in Windows prior to embarking on a video editing session.

Instead of searching around trying to find them all and shut them down you can do it with one step using Smart Close.

I have already mentioned the resource intensiveness of using your computer as a video editor so it is wise to shut down everything you can and give yourself a break.

CleanMem is a tiny app that once installed, calls up Windows every half hour and tells Windows to release the memory being used by any programs that are idle. Just a great little program all round. Not just for video editing but for general computer use.

Once you download, install the program and it automatically sets itself up to run. You never have to touch it again and it will keep as much memory free as possible while you are working on your computer.

I have had this on my workstations for years now and the difference in speed is noticeable.

It is especially good for video editing when you need all the memory you can get devoted to the video editing software functions.

Simply a great free audio editor for those times when the built-in audio capabilities of your video editing software isn’t enough.

An alternative to Audacity this program is called Power Sound Editor Free and is just crammed with features and functionality… and beside, ya can’t beat the price!

Most editing programs these days come with a pretty wide range of input and output capabilities. In fact it would be rather unusual for you to come across a video file type that one of the major players could not handle effectively.

Similarly there has been a consolidation of the types of acceptable video files being used so that now it usually comes down to MP4, MPEG, FLV, AVCHD etc.

Having said that I also keep Murphy’s Law in mind! “Anything that can go wrong, will go wrong!”

So in light of that I keep this list of free converters to hand in case I come across anything exotic that my existing software can’t handle.

The links on these ones are to the information section of each program as there is a wide variation in what each one can do and which one is suitable for what circumstances.

I have listed them in the order I would usually go through if I was dealing with a video file that was giving me trouble.

Not up for paying $300 to buy Camtasia? Your existing video editing software doesn’t do screen captures for all those “how to” screen casts you are planning… no problem!

Camstudio is small and effective allowing good control over screen capture and will output to .avi or .flv files with very good quality.

So, how about you? Know of any great (or not so great) free programs or utilities to use when you are stretching the home computer with the rigors of video editing?