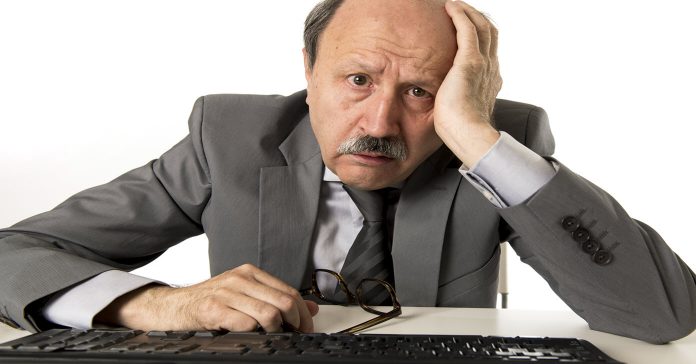 About once or twice per week minimum I have a reader contact me about video editing problems they are having which is interfering with either their ability to edit or render a project.

In nearly every case when this happens I know the person is not going to solve the problem by themselves even though I am pretty sure they probably could.

That’s why I am posting this article so here goes!

First up you may be wondering how it could be that I am so convinced the person would not solve the problem? (And by the way, they rarely do!)

The key to that lies in the way they describe the problem in the first place.

It is usually very clear from the request for help that they have completely assigned the cause of their video editing problems to the software.

Now I totally get it that when you are sitting in front of your computer and something goes wrong the thing you are looking at is whatever video editing software you have open at the time.

It is perfectly natural to then assign the cause of the problem to that thing you are looking at!

The difficulty with that situation is that most often what you are actually looking at is the EFFECT of a problem and not the CAUSE.

As soon as you start off trying to solve a problem of any kind at the effect end of the equation you will lose… or at least never solve the problem.

For an example of that in the real world look at just about any action undertaken by a government body when addressing even the simplest of problems!

In the vast majority of cases that I have helped people with on this site over the years, the number of times the cause of the problem was actually the software has been very, very few.

To really get to the bottom of just about any video editing problem you are having with software the first thing to understand when it comes to video editing is that the software is probably not doing very much at all!

What is generally happening is that the software is telling some component of the computer or the computer’s operating system to do something.

For example when people get “out of sync” audio when rendering it is almost never the editing software having the problem.

It is usually that the hard drive or the CPU or the RAM or even the Motherboard are being told by the software to do the necessary actions and one, some or all of them fail to carry out the task successfully.

Of course you are sitting there looking at the software seemingly creating an out of sync video so you naturally think the software is the cause.

So here is a little checklist of actions that I go through when debugging problems that “seem” to be the result of my using video editing software.

Just work your way through each point until the problem is resolved.

The very first thing I look at are the resources available on the computer in question.

Does the computer have sufficient RAM, CPU power as well as any available Graphics Processing Unit (GPU) power to deal with the assets loaded on to the timeline.

Editing with high definition footage is incredibly resource intensive and a lack of resources is easily the number one cause of video editing software failures of any kind.

If on top of that you are adding a whole bunch of effects and filters to large portions of the project this makes things even more demanding on your computer.

Remember, you should really be editing on a machine that has MORE than the resources recommended by the software maker and in the case of RAM and high def files, double is safer.

If you have insufficient resources you may need to deal with that by adding more or alternatively try breaking the project up into smaller chunks whilst editing to ease the workload.

Processes Running in the Background

If you discover that the computer in question does in fact have sufficient resources or at least should be able to handle what is being asked of it then look to… the available computer resources! Huh?

Yes, strange as it may seem but just because you have the resources to carry out whatever task you are doing doesn’t necessarily mean all of those resources are actually available to you.

Most people at the consumer level of video editing are most definitely not editing on a computer that is solely devoted to editing!

They usually have all sorts of software loaded on to it to complete a multitude of tasks.

Unfortunately when you install software onto a computer, that software may do a few things that will ultimately result in a loss of available resources and lead to video editing problems.

The main one is that the software will add itself to the Start Up Programs and partially load itself into the RAM every time you turn on the computer.

The reason they do this is so that if you ever start that program it will snap into life almost instantly and leave you impressed at how fast it loads.

The reality is that it was half loaded in the first place… just in case you were going to use it.

Adobe Reader is a great example of this.

So to work out if this is the problem just go to the Start Up Items list and check to see what programs are loading themselves on Start Up and potentially eating up your available RAM.

I personally keep track of this using a free program called Ccleaner.

Through its interface you can identify and disable programs that have muscled their way into your Start Up Items list.

That also takes us through to the next step.

With regards to discs these days the sheer amount of space available is rarely a problem you will encounter unless you have either a lot of data on your disc or more commonly, a lot of data that has been spread out all over that disc.

When software makers refer to the amount of disc space needed to either install their software or work with files of a certain size with their software they are generally referring to contiguous space on the disc.

What that means is that the available space on the disc must be lumped together in big uncluttered chunks, not a million tiny bits of space all over the place.

To check on this just use Windows inbuilt defrag utility to analyze the hard drive and if needed, defrag.

After that it’s time to check the Windows Registry and again the best way to do that is with Ccleaner. (Free download here: Ccleaner.com)

When programs install, uninstall, update, upgrade or change in any way they place entries into the Windows Registry which is at the very core of the operating system.

Usually those entries are left there serving no real purpose so that over time the registry gets bigger and bigger whilst containing a mountain of information that literally does nothing.

The operating system however has to refer to the registry to do many things and a bloated registry results in things slowing down.

To check on this and deal with it just run the Ccleaner Registry Cleaner a few times until it is reporting no faulty entries.

By this point in the process and if you are still experiencing the problem it is time to turn your attention to the assets you are using in the project you are working on.

It is quite common that video files and even audio files may have a degree of error contained within them that allows them to play back just fine but when it comes to editing and rendering they cause the computer to fall over or make more errors.

One quick way to fix this is to load the offending file on to the timeline of your editor and render that file to a new but totally identical file with regards to parameters and settings.

Most video editing software will tend to correct any internal errors that the original file has and create a new perfect one.

Then try to use the new file in the project.

Also check to see whether or not you are using files that have been created using unusual software or have file extensions that are not commonly used.

It may be that the software lacks a suitable codec for processing to dealing with those kinds of files.

If you have made it this far and the video editing problems you are having still persists then here’s what we know.

One final possibility before we set our sights on the software and get ready to fire is that of a conflict.

One of the reasons the Windows Operating system has been so successful is that it is very accommodating when it comes to developers creating software on that platform.

Unfortunately there is a downside to that in that those same developers have a choice as to whether they are going to “play nice” with all the other kids in the playground or where they are going to kick sand in everyone’s faces.

To isolate a conflict is pretty simple.

Re-start the computer in Safe Mode and try to repeat the problem. If all is now well then you have conflict, if the problem persists you probably don’t.

Now you can pull the trigger and start with the software itself.

You have a few alternatives here and if it were me I’d go for all of them at once!

First go to the makers website of the software you are using and check for any patches, updates or advisories regarding known issues or conflicts.

If there is nothing, open a Help ticket with as much detail as you can possibly manage.

Next go to the User to User Forum of that brand of software and do a search for the problem you are having.

If nothing comes up post the problem there and again, add as much details as you possibly can.

Finally you can always email me directly using the Contact button and I will certainly help out where I can. Good luck!