You are here: Home / Shooting Tips / The Rules of Video Composition 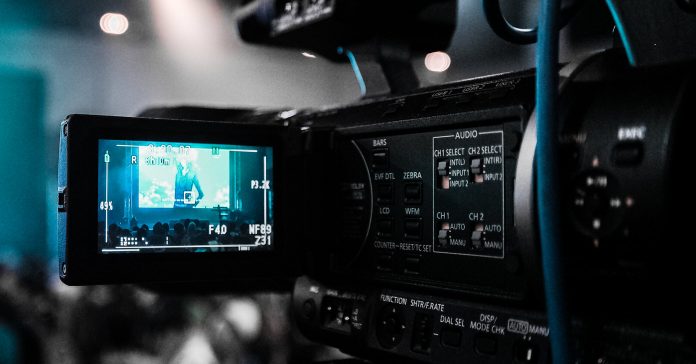 Before we get into all the rules and regulations of video composition there is an important point to keep in mind here.

Most of the rules of composition for video are exactly the same as those for still image photography.

The reason for this is that video is just a progressive sequence of still images being displayed at a speed that mimics real life and creates the illusion of motion.

So if a rule works for still photography then it should work for video.

However the interesting fact about compositional rules is that if you follow the rule you will usually create a good effect on the part of the viewer. BUT, very often if you break the rule you can also create a desirable effect!

Sometimes even breaking the rule to create an undesirable effect is actually the effect you want to get!

So in light of that, the prudent approach to video composition is to learn the rule, apply it and see how the effect is created.

Once you have mastered a rule and can reliably reproduce the intended result then have a play with it! Break the rule and find out what happens when you do.

Keep practicing the application of the rule and breaking the rule until you can control it either way to achieve the results you want at will.

Video and The Rule of Thirds

The rule of thirds come to us in video via photography. However it’s origins lie in the world of fine art where over the years painters noticed that the arrangement of shapes and objects within the frame of a painting resulted in a more or less pleasing result to the eye.

When you shoot your video following this rule you should always be trying to position your main subject or subjects somewhere close to or on these imaginary lines. The ideal postion being at the intersection of the lines.

If you look at the image below you can see the combination of the boy and the ball are sitting around the right “third” grid line leaving the rest of the scene wide open to give a sense of space. 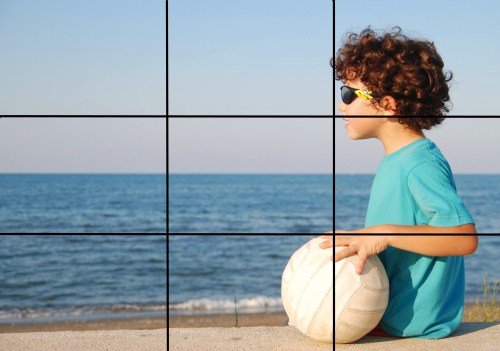 To achieve this it is necessary to gain an awareness of composition while you are taking your footage and this skill only comes with lots of practice.

Most people when videoing live action are mostly concerned with making sure that the subject is somehow located somewhere within the shot frame and stays there!

The difference between well shot and poorly shot footage is that the camerman was not just including the subject but also being aware of exactly where the subject was within the frame.

Realistically this is not always possible but if you are at least aware of this aspect of composition and are at least attempting to follow it, you will achieve much better looking video than the average user.

When taking close shots of people there is often some space between the top of the head and the top of the frame. This is called “headspace” or “head room.”

Too much space makes the person look like they are slowly disappearing down an unseen elevator shaft and too little causes the mouth and chin area of the face to become unnaturally prominent.

Looking for this point and adjusting the shot to what “feels right” will help a lot and you can also use the Rule of Thirds to guide you.

Try to frame the shot so that the persons eyes or eyeline is a close as you can get to the upper third grid line. (See the image above)

The same applies to a moving car or any moving subject for that matter.

If you don’t leave that space, called “lead space,” the moving subjects wil look like they are going to hit something and make the viewer feel uncomfortable.

Although they are really not going to hit something the illusion created by lack of lead space is that they will hit the edge of your frame.

A similar effect is created when the subject is looking at something out of view. If there is no lead space in that direction within the frame the viewer will experience a kind of blocked or squashed sensation.

I think from most of these tips on composition you should be beginning to get the idea that taking a good shot involves much more than just getting everyone or everything in the frame!

It is this awareness of the entire frame rather then just the subject that you should be trying to develop.

The final point I want to go over in this section on compostion is probably the point that is given the least attention by the average enthusiast. I am talking about the background.

Now I totally understand that with everything covered so far it’s all beginning to get a little overwhelming but believe me when I say that being aware of any othese points and applying them will definitely get your video standards up.

Apart from closeups and extreme closeups all of your shots will have at least some background element to them.

There is nothing worse than getting to some significant point of the action and suddenly everyone watching is not looking at your intended subject but are falling on the floor laughing at some comical event in the background!

Always be scanning that background for hidden dangers just like the one that describes this section!

The things you need to be looking for are, events occurring that would distract from the main action, unattractive objects or generally untidy arrangements of objects and finally what are called mergers.

A merger is a shape or an object positioned in the background in such a way as to intersect with your subject.

Think of a newsman doing a story out on location. Way back in the distance is a tall pointed building. He stands in the exact postion to make it appear as though the tip of the building is coming out of the top of his head and thereby has a strange little pointed hat on!