You are here: Home / CD, DVD, Blu-ray Disc Repair and Data Recovery / A Step by Step Guide for Dealing With Unfinalized DVD Discs 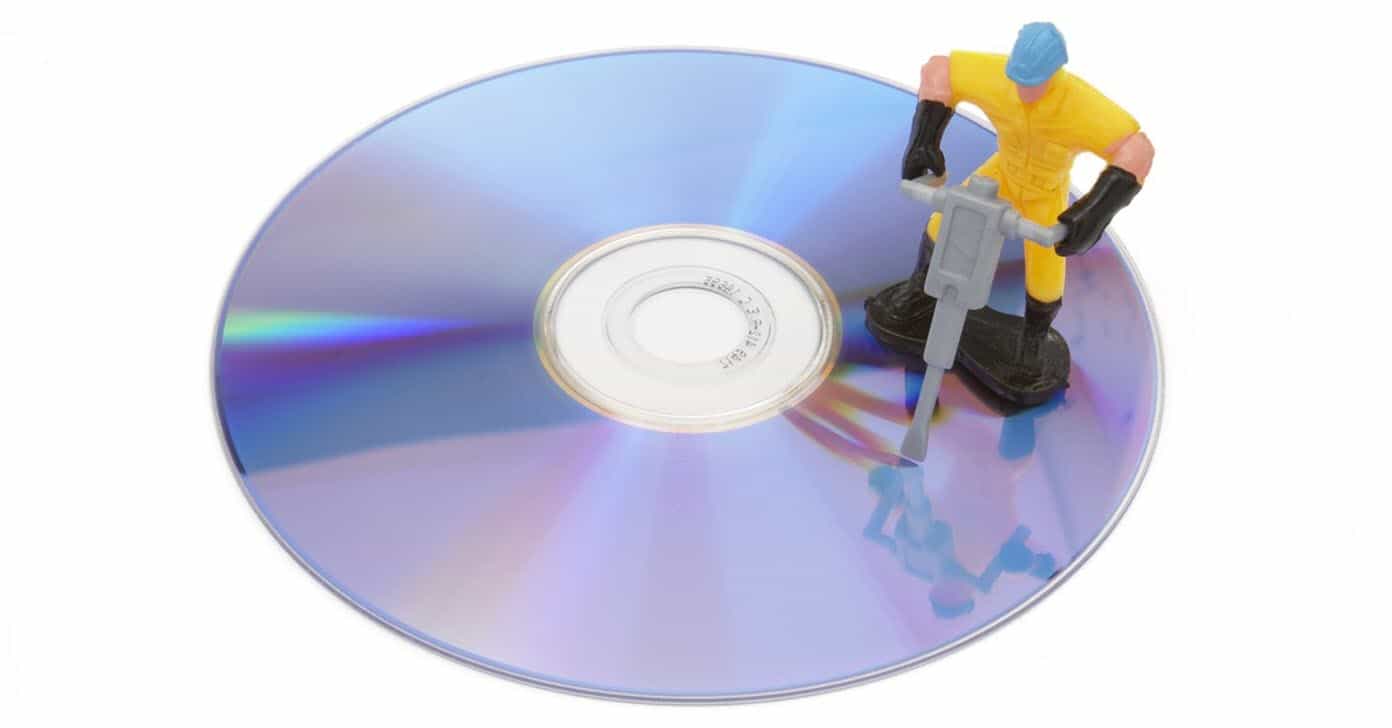 There are a few possible scenarios that could have led to you having a disc that is unfinalized:

Generally speaking the second and third scenarios result in messages saying that the disc is full (but will not play) or that there is no disc or even that there is a disc, it is empty but cannot be written to!

If the disc you have falls under scenario #1 above then keep reading and follow the instructions for using the Nero software to recover.

If the disc you have falls under scenario #2 or #3 I would also recommend following the steps below because there is no real way to be able to determine as to whether you truly have an unfinalized DVD or if you have some other typse of data corruption.

The bottom line is you have to start somewhere and it might as well be here!

Before we dive in it is important that you get an understanding of some specific terms here so that you can proceed with at least an idea of what you are doing.

There are two strategies employed to “finish off” a DVD disc depending on the contents.

If the disc only contains data then certain final information is written to the disc to let anything reading that disc know what is on the disc and that the disc contains data only.

This is called Closing the disc.

An unclosed data disc generally speaking, can only be further written to by the original software that created it.

If the disc contains video as in a video DVD then the disc needs to be finished off so that the contents are readable by DVD playback devices and that those devices recognize it as a Video DVD.

This is called Finalizing the disc.

The internal structure of video DVDs is far more complex than a data disc and they MUST be finalized for it to be playable.

In this case the software is not just closing the disc so that it can be read by other software and devices.

The video DVD finalization process also involves writing a very complex set of files and instructions that tell the DVD player exactly what is on the disc and where it is.

What you see of this when you pop it in a player are simply the menus and their functionality.

If it is at all possible with any unfinalized DVD or open DVD, try to get the original device or software used to create the disc to finalize it.

If this is not possible or the original device is failing to successfully deal with the disc then read on.

There is no software available that is going to be able to tell you whether you have an unfinalized DVD or a DVD that has suffered an error in being finalized.

It is a “Catch 22″ in that the software will always be stumped because finalization is the key to the software working out what is on the disc.

Most software will report the DVD as being either full, unreadable or empty but unable to be written to!

The Good News and the Bad News

In order to recover from having unfinalized DVDs you are going to need software.

The good news is that there are two software products that can be used and they will give you two bites at the cherry.

The bad news is that you are going to have to work out for yourself whether you are willing to pay for it!

The question you have to ask yourself is whether the contents of the DVD are worth the investment in the software.

I can’t decide that for you. 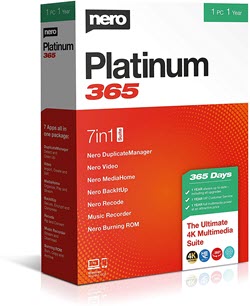 The Nero range of multimedia products have been around for quite some time and have always been at the forefront of technology for burning discs ever since home burning of CDs was first introduced.

Because of that they have probably the most friendly program for dealing with discs that may not have been created by Nero itself.

Nero obviously has a function that will perform a DVD finalization on discs produced by itself but this function can also be very often used on discs created with other software.

Failing that it has other functions that will allow extraction of all the data on the disc regardless of whether it is finalized or not.

In about 90% of cases Nero should be the only software you need.

Now a word of warning here!

In handling open, damaged, errored or unfinalized DVDs there will be long lags where it appears that the computer has frozen or that the software is doing nothing.

BE PATIENT! Take a walk, stay calm…relax! Some of the techniques here may take a long time to complete.

If you have an Unfinalized Video DVD start at Step One, if you have an unclosed or open Data DVD go directly to Step Three.

Finalizing a DVD in Nero

Place the unfinalized DVD into the computer DVD tray and wait until Windows has stopped asking silly questions about what you want to do.

Open the Nero Video module of the Nero program and click on the Tools menu top right then choose “Finalize Disc.”

If you get the “Media not supported” message movie on to Step Two.

In the Menus to Create section in the drop-down menu, choose to keep the existing menu.

Click the Start button. You have now finalized a DVD… probably!

If the above procedure fails for any reason, usually because the disc has been partially finalized, we come to your next bite at the cherry!

This next procedure is your last chance at recovering the data from a Video DVD with all the Menus and necessary files and folders intact.

In other words your last chance of recovering the disc in the form of a Video DVD. (Don’t panic, you still have lots more chances of retaining the actual video files!)

We are going to use a little known function of Nero to pull all the data off the disc and on to your hard drive.

So, again from within Nero:

This will begin a search on the disc for the specific DVD files that comprise a correctly made Video DVD.

If you are lucky the folder that should appear is called VIDEO_TS exactly as I have written there.

In the explorer window that opens, navigate to the DVD reader in your computer and select it.

Select the VIDEO_TS folder if it is showing and click on “Select Folder.”

Recode will now begin to read the contents of the disc.

Once that is successfully done on the lft side of the screen next to the figure “1. For which device?” Make sure that MPEG2 is showing.

For “2. To which quality?” Move the slider all the way to the right to the “Best Quality” setting and in the “Maximum size” drop down menu choose the same disc size as the one you are trying to recover.

Navigate to your “My Documents” folder and you will find the newly created folder called “Recode.”

Inside that folder you will find the normal .ifo, .bup and .vob files normally seen in a DVD video folder.

Create a new folder called VIDEO_TS and move any files Recode created into that folder then use a normal DVD burning software application to create a new Video DVD.

Rescue Agent is yet another module within Nero that has the sole purpose of recovering data from damaged discs, errored discs or in this case, an unfinlized disc.

The only way to really know if Rescue Agent can read your disc is to put it in to your reader and let it run.

If the software can at least open the disc it will offer you the choice of a Quick or a Full scan. Try the quick scan first and failing that try the Full Scan.

Once the disc has been scanned Rescue Agent will offer to save off the files it has found to a location on your computer. Just follow the instructions.

Note that it is unlikely that Rescue Agent will recover a video DVD with any file structure or menus intact.

What it may do is recover the original video files which can then be used to rebuild a new video DVD. 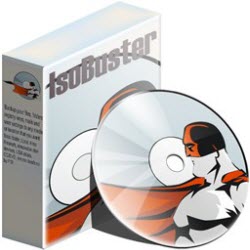 Go to www.isobuster.com and download a copy of the software.

Using the free functions first make sure that Isobuster can read the disc and can report at least the presence of a file structure.

If it can then it is time for you to make the decision as to whether the data on the disc is worth the purchase price.

At this point the best you can hope for is the extraction of the MPEG video files or data files on the disc.

You MAY lose any video menu information and you may lose some of the video or data.

It is most likely, at this point, that there is damage to the file structure on the disc or even the disc itself and you are not dealing with a straight unfinalized DVD situation.

Start Isobuster then load the disc.

When Isobuster has detected the files on the disc run the Find Missing Files and Folders option under the File menu.

You will now have an entry on the left hand column of Files and folders found by their signature.

For a Video DVD or disc choose Extract but filter only MPEG frames.

You will now have all the files where you selected them to go.

In the case of a video DVD you may end up with files having the .VOB extension. These are the MPEG files from your disc, wrapped in the VOB container.

They can then be imported into a video editing program using the “Import DVD/VR” function or can be read by most DVD burning software.

In the case of a Data DVD the files will usually be intact and have the appropriate extension.

Well hopefully somewhere on this page you found how to fix unfinalized DVDs! If not feel free to hit the “contact” button and I will try to help you in any way I can.