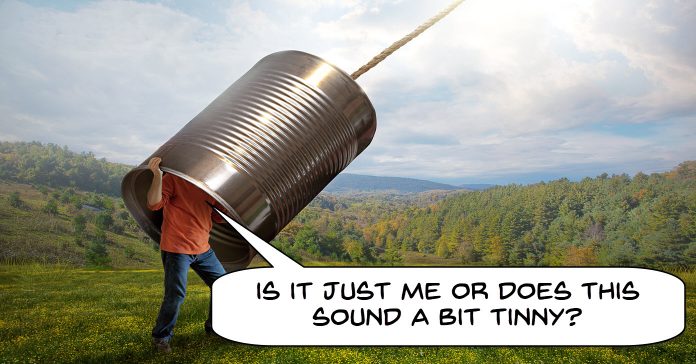 I can very clearly remember a number of years ago when I purchased my very first digital video camcorder.

Foolishly I had taken the advice of someone who as it turned out, had absolutely no idea about camcorders.

So there I was, the proud owner of a brand new state of the art mini-dvd Sony camcorder.

Now despite the fact that it recorded directly to mini-dvd’s it still manged to capture pretty good looking footage even though at the time standard definition was the only option.

So after running around videoing many and various family activities I excitedly loaded the footage on to my computer, burned it all to a full sized DVD and loaded it into the DVD player attached to my TV.

As the footage played back I was initially very pleasantly surprised at the quality but after only a few minutes began to notice something was wrong.

I kept watching, trying to work out what the problem was until suddenly I realized what it was. It was the audio.

The audio was terrible and for some strange reason it kind of made the video “look” bad!

That was my first lesson in the age old rule that the most important part of video, is audio!

It is that unseen factor which if gotten wrong, will ruin a perfectly good video.

To this day if you check any sites that offer advice on posting to YouTube all the better ones will make the same point.

The viewer will forgive low quality visuals and even poor quality content but when it comes to audio there is no compromise.

Bad audio will get rid of that viewer faster that just about anything else!

In light that here are a few audio tips for video.

This is a live stream that was on YouTube last week covering the subject of YouTube and where they may be going as they move forward.

It used to be that really, they were the only game in town but these days various aspects of YouTube now have direct competitors so the pressure is on them to keep on top of the market.

There is a good possibility if you have read more than three of these Friday Roundups that you have encountered one of my rants on the subject of transitions.

As I often say, “There is nothing that makes your video project scream amateur more loudly than by using pre-packaged transitions that came with your software!”

So once again let me clarify.

A professional editor uses the word transition as a verb. E.g How am I going to transition between theses two shots.

An amateur editor uses the word transition as a noun. E.g. What transition will I use between these two shots?

The Pro has two choices basically, a cut or a dissolve.

The amateur usually has hundreds of choices all located in the transitions library, each one cheesier than the next.

So if a Pro only has two choices, the cut and the dissolve, why does he or she use either?

Read on at the link below.

Another recent “How to” video from the guys at Filmora on creating text, titles etc inside Filmora.

If you have Filmora or are thinking about using it (Review Here) you really should head over to their site and check out the tutorials section.

A few years back it was rather sparse but essentially covered all the basics.

These days it has grown into a very rich source of information not only on how to do things in Filmora itself, but hot to do things generally.

This year it seems that the new darling of the feature set is color matching and to be honest it is actually a feature well worth becoming familiar with.

It was Magix that first introduced color matching at the consumer level a few years back and now all the rest seemed to have caught up.

Whilst the current batch of color match modules are certainly not perfect they do address a consistency problem that most amateur users have when shooting footage under widely varying conditions.

Full feature length movies on big budgets devote an incredible amount of time to the matching of all footage so that it all looks the same and there is a reason they do that.

When you or I are shooting footage more often than not it will be under the “auto” settings of the camera.

The way the camera will represent color in this situation is to automatically locate what it believes to be the whitest object in the frame and set that as “white.”

From that point forward all other colors are represented based on how they diverge from that auto-set and theoretical “white.”

Now if you then take the camera outside and shoot some more or begin shooting in a totally different environment the camera will again set the white and then begin representing color accordingly.

This can result in color profiles that can have some pretty wild variations.

Before the color match features were added the only way to try to match the shots would have been to manually do it and trust me, that was not an easy or pleasant task!

The reason color matching is an important point gets a little technical and even a little psychological but basically it comes down to this.

People watching video or movies are constantly picking up on little “clues” as to what they are watching and what the video is all about.

Some of them are kind of subconscious clues or cues and if you keep triggering them incorrectly it results in confusion or a loss of interest on the part of the viewer.

So for example you could have two indoor shots of a party taken at the same time but because of a marked color difference the viewer momentarily believes we are now in some other place.

That is followed by the viewer realizing that, no, we are actually in the same place because other visual information is confirming that.

This creates confusion in the mind of the viewer and will ultimately result in inattention.

By using the color match modules in video editing software you are not going to perfectly color match every shot in a project!

But what you will be able to do quite efficiently is to get them reasonably matched so that they do not serve as a distraction.

Pinnacle Studio – Save Movie As Template

One excellent time saving feature that probably a lot of people don’t make use of is the ability to create templates of projects for later use.

This particularly comes in handy if you are regularly making videos that have pretty much the same structure with only the content changing each time.

A good example of this would be a YouTube channel creator who makes a weekly video using the same intro, music, end credits or calls to action.

By using a template you can load it on to the timeline and instead of the content being there the template has place holders for where the content should go.

From there it is just a matter of dragging the new assets on to where those placeholders are and in no time at all you end up with a very polished looking video.

All the top video editing choices on this site that I recommend have this function. You can see them HERE.

The video below gives a good run through on how the process works and how you can save your own projects as template for future use.

Although it is done in Pinnacle Studio all the others have their own way of doing the same thing.