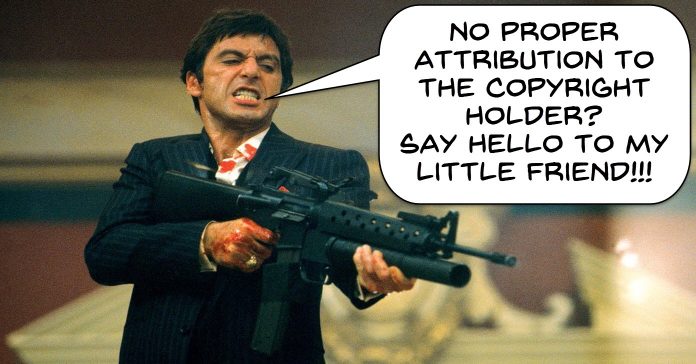 I wanted to lead off this week with the video below because it is an important piece of the video making puzzle that is often overlooked or presented in a confusing way.

Many of us when making our videos are using music that has come as part of the video editing software package we are using.

However once any of us step outside of that little bubble things can get a little worrisome especially if you are uploading to YouTube.

YouTube are faced with a bit of a problem when it comes to music.

First up is the sheer volume of videos being uploaded every day.

There is no way even an army of human moderators could ever keep up with that upload rate and have the time to check every video for copyright violations.

Their answer to that has been to develop software that can analyse the music tracks being used in videos and if they “seem suspicious,” flag them immediately.

Of course the downside to this is that hundreds of videos get “false flagged” every day.

Why do they still do it?

The reason for that is that the laws around this have been written so as to make YouTube responsible for copyright violations on their site even if they didn’t do it themselves.

Unless they can show “actions taken in a timely manner” they can get sued into oblivion by the copyright holders whose work has been used.

The video below goes over the entire subject mainly from a “YouTube” point of view but it does an excellent job in explaining what you can and cannot do when it comes to using music or copyrighted works in your videos.

As luck would have it I was also contacted this week by the guys at tunestogo.net which is a smaller site offering a nice range of good quality original music for videos.

They have a free option for personal use which you can use on YouTube but obviously if you are going to monetize your videos in any way you really should be using the paid options.

With the kinds of control most video editing software allows for these days I find it kind of amazing that people still often opt for “pre-packaged” transitions.

In fact most of the time any project using these steaming lumps of cheesiness would be far better off by using nothing at all… maybe that’s just me!

Anyway check out the video below because it really does highlight some of the things you can do to spice up your videos and let your creative flair go wild.

None of these 5 examples are so complicated that you couldn’t do them easily and none of them are are out of reach because the demo is being done in Premiere Pro or whatever it is he is using.

One of the things that most people find it hard to wrap their heads around when it comes to editing is that every step, cut, decision or whatever should have a reason for existing.

Transitions are no exception and each time one is used there is an effect created on the audience viewing that video.

This video is a full explanation of that effect when it comes to fades and dissolves.

How to Shoot a Great Travel Video

OK, I am the first to acknowledge that there are a few subjects I tend to bang on about… over and over!

And in light of that let me bang on about the video below… over and over.

One of the key concepts that will always trip you up when trying to edit together footage into a watchable video is the quality of that footage.

Now the quality may be referring to the actual shots taken and how they look but the real “quality” marker is how well those shots can be used to to execute that project.

This is where we separate the amateurs from the pro’s and it is just that simple concept of knowing what you need to shoot before you even set foot outside the house.

But if you can at least develop a sense of what you want that final video to look like, what you want it to say or show, then before you even begin you will already be getting the idea of what shots you need.

In the video below Aiden goes into some great detail on this process and his thinking on the subject.

This week the guys at Filmora announced the beginning of a new tutorial series specifically aimed at travel vlogging.

I will be adding their videos to the Friday Roundup as they are released and I would advise anyone to check them out as they become available.

The important point to note about all the videos made by the guys at Filmora is that they rarely produce one that is exclusive to their own software.

Most of their videos are demonstrations of basic video shooting and video editing techniques that can be applied regardless of what software or camera you are using.

The other reason I am looking forward to this series is that even when they take on a specific subject, in this case travel vlogging, I find that the instructions and techniques they provide can often apply to video editing and shooting in general so stay tuned!

So first up this is a pretty long video and is really only relevant to anyone specifically wanting to start or grow a YouTube Channel.

So having said that if you are someone wanting to do it then you really should take the time to go through the entire thing.

Tim Schmoyer is one of the leading educators that I know of covering the subject of YouTube and operating as a YouTube Creator.

In this video which is actually a live stream he did he pulls in about 23 of his students and they all go through some key points that they have learned and implemented to achieve success in their respective fields.

There is a very wide range of channels represented and probably the overall point that comes through very clearly is that the subject matter of the channel is quite irrelevant.

The key to all of them is that the basic strategy is just about always the same.

Sure there may be a few slight differences in emphasis or focus but the winning strategy always remains the same.

This is a quick run through in PowerDirector 17 showing some of the speed controls within the Action Cam module.

Just to clarify (because software designers never do!), the Action Cam module in PowerDirector can be used for any footage and is not necessarily exclusive to action cam footage.

It is just a collection of tools gathered together under that name due to them being the most commonly used ones for action footage.

PowerDirector – Add a Logo as a Particle

Generally speaking when you are going to add a logo to any project you can pretty much stick with the normal way of doing that.

Just add the logo as an image object and from there apply any effects, motion etc. to that object and you are done.

However in CyberLink PowerDirector there is another way to skin that cat.

Within the Particle Room you can actually add an image object and have it behave as a particle.

That means that all the settings and controls that you have for particles become available for that image.

Check out the video below to see how it’s done and why you may want to explore this slightly different way of doing it.

PowerDirector – Use Fast and Slow Motion in One Clip

This is a simple walk through of using the fast motion or slow motion feature in PowerDirector.

Rather than addressing the speed of an entire clip this one show how you can apply changes to the playback speed within the one clip.