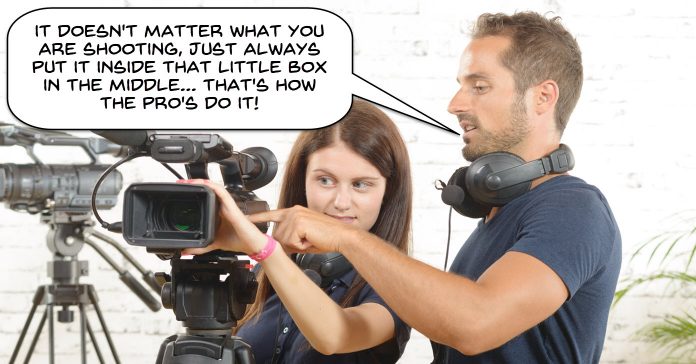 How to Shoot Smooth Handheld Footage – Stabilization Tips and Techniques

Obviously the downside to shooting handheld in high definition is that even the slightest appearance of camera shake or movement gets amplified greatly on playback.

In an ideal world we would all be walking around on holiday with the family armed with a tripod and a gimbal ready to go at a moments notice.

I think I speak for all of us when I say we do not live in an ideal world!

I for one do not want to be lugging around a bunch equipment like that on top of all the other crap I have to carry around anyway!

In the video below you can get some great tips on how to keep your shots as stable as possible and I have especially included this one for one reason.

At the beginning of the video he goes into some detail as to how to set up your camera to shoot smoothly in the first place.

Somewhere kicking around on this site I wrote a series of articles on Shooting Better Videos and within that series I introduce a few of the more common camera shots.

I think that specific article is here.

On top of that you can download for free my guide to video shooting and editing and inside that there is even more information on that subject. (There’s a button for that at the top of the page.)

However as this site is devoted to people just starting out the info I have included is pretty basic and generally covers camera shots from the point of view of distance between the camera and the subject.

The reality is that there are numerous camera shots you can learn and make use of especially when you add in the dimension of camera angle to the whole distance thing.

For a more complete resource on the subject of camera shots check out the page linked below.

OK so let’s get real here!

Absolutely none of us are going to be hiring a full steadicam rig and learning how to operate it in time for that kids party you are going to next weekend!

I am only including this video for this week for two main reasons.

From a professional camera operator’s point of video there are some great insights as to how camera movement affects what people are watching on the screen.

And secondly… I just found it to be a very interesting video!

So sometimes you can find yourself wandering about YouTube or Instagram watching videos and you see something really amazing.

Whenever I do that I am constantly trying to work out just how the guy pulled off that effect or cut.

In the video below they go very carefully through a few of them to work out just how they were done.

A few weeks ago I came across an excellent video tutorial on using nested clips as a way of simplifying projects that were beginning to get a little complex.

The video I referred to gave a great explanation of the whole shebang but unfortunately it was all demonstrated in Premiere Pro.

I generally keep away from tutorials shown in software that is aimed at the more pro market because it creates a false idea that you need pro software to execute advanced effects or techniques.

So to illustrate that point I have included two more video tutorials on clip nesting that show how this technique can be used in everyday consumer grade software.

The top clip is probably the better one in that it provides more examples and a far better explanation of how and when to use this feature if you have access to it.

That one is done in Pinnacle Studio 23 and as is the case with Pinnacle Studio in most aspects of video editing, you have access to far greater control over the process.

The lower video shows the technique in PowerDirector and is a simple walk through of accessing and using the feature.

The PowerDirector version of nesting is slightly more simple because PowerDirector users do not necessarily want to go into the complexity that Pinnacle offers.

So this is a really cool effect that you can achieve with just about any video editing software that has a crop and zoom feature.

Just keep in mind that you need to start with a suitable piece of footage that preferably has some feature centered in the frame.

Also, because it is crop and zoom you may get image degradation if the original footage is not nice and crisp.

One feature that a lot of video editing software touts as a “feature” is the ability to create stop motion videos.

To be perfectly clear that is a little bit of a fib.

A stop motion video sequence in its simplest form is just a series of still images taken over time with the creator slightly moving or adjusting what is in the image in between shots.

You don’t really need a special feature to do that!

All you need is a camera, a tripod or some way to make sure the camera never moves, an idea and any old video editing software you have at hand.

Admittedly the whole process can be made a tad more simple if you are using that software connected to the camera so it is all importing directly but that’s hardly anything to write home about.

In the video below the guys from Filmora9 run through the entire process from start to finish and also help you take care of one last thing you need… a rudimentary grasp of maths.

Unfortunately you need to do some calculations on frame rates and stuff like that but it’s all in the video.

One long standing annoyance I have had with Filmora over the past few years has been access to the library.

Don’t get me wrong, I still love my little Filmora9 but this silly design point has taken some time to fix.

The situation with Filmora was that when you started a project a library was automatically created. All good so far!

However if you then started another project… a new library was created… kind of OK unless you wanted to use media that was also in the other library.

In that case you had to then import media into that new library and start work.

Assets in any library were locked into the library of the original project so you couldn’t use assets across projects.

Not a huge problem in itself but still one of those little “time sucks” that make editing tedious.

In the new version of the software you can now access libraries associated with other projects by just clicking a drop down and choosing that library.

How To Make A Perfect Clone – CyberLink PowerDirector 17

This is a pretty simple run through of using the masking feature in PowerDirector to create a clone effect.

It is very basic in what it is doing but gives a good indication as to how simple it is to achieve.

Remember that the key to many of these masking, green screen or Picture-in-Picture effects occurs at the shooting stage of the video, not the editing stage.

If you want to get really fancy with it you can do this same effect and have the clones talking to each other although that requires a little more tweaking to get right.

So if you have decided to lay out some big or not so big bucks for a gimbal then take a look at this video for some great ideas on how to use it effectively.

Excellent tips for shooting action videos plus some awesome ideas for different camera angles that perhaps you hadn’t thought of.