You are here: Home / DIY Video Editor Blog / The Friday Roundup – Having a Plan, Histograms and Pro Editing Tips 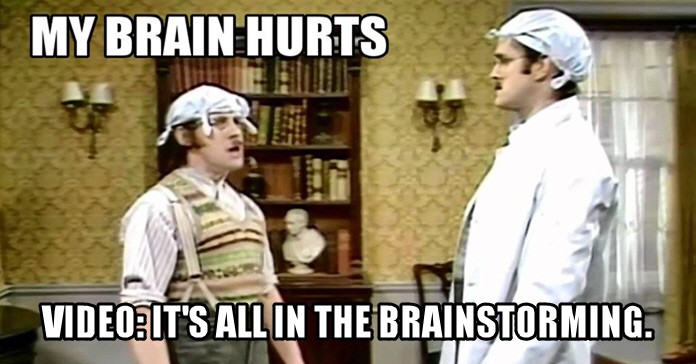 There is one factor that generally sets apart many of the successful users on YouTube when it comes to viewing numbers and subscriptions.

That factor is that for the most part they look like they just up and had an idea for a video, or just appeared suddenly to do a video and then proceeded to naturally deliver that video in an entirely informal and friendly manner.

It’s almost as if they just popped around for a cup of coffee and a chat and happened to provide some interesting conversation in the process!

Well of course the truth is that they work nothing like that!

They plan down to the last detail every aspect of the video both before and after the shoot and they know well in advance as to what they are going to do and how.

For a great “behind the scenes” type video on this check out the one below from Tim Schmoyer.

He goes into great detail about the entire process from start to finish and if you think that’s a lot of stuff remember he doesn’t even cover the uploading and optimization part of the process.

It takes good solid planning to remain that relevant and appear that natural.

In the video shooting tips world I wanted to include the video below because it has a very simple and applicable explanation of using a histogram for shooting video.

These days a lot of people are using MILCs or DSLRs for their video projects especially at the amateur enthusiast level.

This means that not only do we have the possibility of capturing higher quality images we also have the ability to exercise a great deal more control over the process at the time of shooting.

One feature that just about any decent camera for video will have is a histogram.

Understanding what it is and how to use it in the wild can take the quality of your shots over the top if you know what you are doing.

Keep in mind that if you shoot a scene that has dark shadows and strong light the camera set on automatic will give you an “average” of that scene.

In post production you can adjust sections of the image and get “OK” results.

If you do exactly the same thing but instead use the histogram to get the best possible “average” then again, you can fix it in post only this time with noticeably better results.

Check out the video, get out your cam, find the histogram and go out to use it. You will be surprised at the lift in quality you can get.

This is another of the assets I found this week covering little editing tricks and tips probably covered elsewhere.

The beauty of this video is that as the presenter is going through each of the tips he is giving very clear examples in the video itself as to what effect is achieved each time you do it one way or another.

OK, nothing really to learn here except for a little wow factor.

This is a new product from GoPro that captures 360 degree video that you can use in projects or create virtual reality videos with.

It is essentially 6 GoPro’s mounted into an aluminium sphere but the real awesomeness of it comes at the processing stage.

It has a small onboard processing unit that not only records all six cams at once to achieve the 360 effect but also stitches them together on the fly so when you are finished, you can just load it on to a computer and watch it.

The resulting files you get are also pretty cool because you get an overall file that is the result of all six video being combined but also each individual file from each cam is also loaded.

This opens up a whole world of editing opportunities with crazy cuts that can be done of exactly the same action but from different perspectives.

On top of all of that thing thing can record in 8K video which although is probably overkill at the moment is still a rather impressive feat.

Well at the consumer level the big editing companies like CyberLink and Magix have enabled their software to accept this kind of footage and you can use single camera angles to put into your projects but the ability to editing purely in 360 is still a ways off.

There are two resources on this site you can access easily that cover the subject of editing videos in a little more detail.

The first of these simply covers some basics and can be found here at the Video Editing Basics page.

That article is about two pages long and is a good beginning to the subject once you have played around with your editing software for a while.

The second resource is located here at the Free Video Editing Report and that report is a pretty comprehensive look at the subject in far more detail.

Bear in mind that nothing on this site is aimed at the pro level of things because:

b.) there are lots of sites on the internet that cover the subject from a far more advanced perspective.

The reason I am saying all of this is that just because you have perhaps read and applied everything I have to offer on the subject doesn’t mean you have it all covered!

That’s why from week to week I keep looking for anything I can find that you can use to further your understanding of the process or learn some new tricks.

In light of that I have a couple of good articles and videos this week from established users who don’t really introduce anything not covered before.

But because they do so from their own personal perspectives they are well worth watching.

The first one below is a discourse on the subject of using close up shots interspersed with your footage to achieve certain effects.

The article also has quite a few video embedded in it that give great examples of the sort of thing they are talking about.