You are here: Home / DIY Video Editor Blog / The Friday Roundup – It’s All Star Wars this Week and a Little PowerPoint 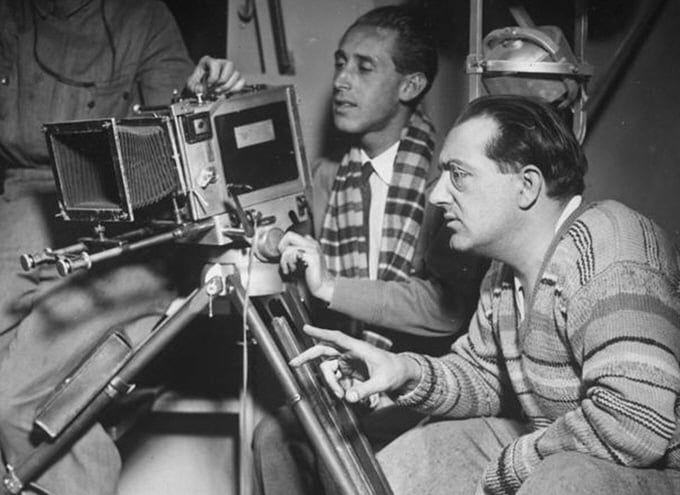 Well it’s beginning to look a lot like Christmas around here!

This week and probably for the next few weeks the Weekly Roundup will look more like a weekly summary than a full roundup given impending silly season being upon us.

Still there are few interesting bits and pieces from around the interwebs this week so let’s get into it.

One of the interesting side effects from the release of the new Star Wars movie has been the way in which a number of us have taken the time to look back on how things were done when they first appeared and how they are done now.

The one problem SciFi movies had up until the original Star Wars movie was that no matter how good the special effects were, they always looked just that little bit cheesy.

That cheesiness invariably had the effect of jolting the viewer’s attention out of the story and on to those little wires holding up the space ship or the fact that although Superman did appear to be flying above the city, it just didn’t look quite right, not quite believable.

It is incredible to think now that most of the Star Wars special effects were done physically and not how they would be done toady with computer generated effects. Last week I posted a tutorial on creating the scrolling credits that everyone is familiar with from the beginning of the movie.

That titles effect can be done even in the most basic of video editing software around today, Windows movie Maker.

Yet back in the day the entire opening credits were printed on to glass and actually filmed (and I mean using film) just to get that effect.

I can remember a few years back on one of the forums I moderate on, a lady came on the board who had worked as a professional editor in the early days of Hollywood and even then she was absolutely blown away with what she could achieve with a consumer level video editing suite on her home computer.

For an interesting look at how some of the original Star Wars effects were achieved and how they would be done today check out the links below because it is quite an eye opener when you make the comparison.

One of the popular marketing features that most of the software companies promote (aside from a gazillion transitions!) when trying to get you to buy editing software is tame lapse.

Yes! You too can create awesomely awesome time lapse videos with just a simple click of the mouse button!

Well for many people who actually embark upon that course of action they very quickly run into the fact that it’s not all beer and skittles when it comes to time lapse videos!

Probably the first hurdle they hit is that they need to create a series of many, many time lapse photos in order to have the basic materials to get started!

The marketing guys never seem to mention that.

From there it usually descends into a sea of confusion on how to capture time lapse photos, then on to how many photos do I need and from there we sink down into what frame rate do I use and how many photos per frame and on and on.

By now the hapless home editor has probably figured it must be covered in the manual somewhere (and it is usually) but even them it all seems quite a bit more complicated than it seemed.

The reason for that is that it IS a bit more complicated than it seems!

First, how often to take a photo (at what intervals), how long to keep taking them and how many do I need for X amount of video footage.

Essentially this is a maths problem.

The second sticking point is the size of the image captured.

Images are generally captured at different resolutions than video so how do I get my photos to fit properly without looking stretched or squashed or suffer from a loss of quality.

Well the answer to all this is actually all over the place!

However to get started take a look at the video below for an excellent introduction to calculating everything and getting started with time lapse.

One of the most common uses for Camtasia Studio over the years was by taking advantage of its integration with Microsoft PowerPoint.

Any PowerPoint presentation could of course be simply saved as such and used for a presentation but by using Camtasia you could output the whole thing to a high quality video file.

Of course when I say “high quality” I mean the file itself.

The quality of the presentation was always up to you!

Recently Microsoft added the capability of outputting to a video file natively into PowerPoint and I guess to some degree many people would think that Camtasia integration would be rendered useless because of that.

The reality is that yes, for many quite simple presentations converted to video that would be true.

However it is worth bearing in mind that the video capabilities of PowerPoint are still quite limited and if your final goal is to make a video then Camtasia still represents the ultimate solution.

Of course it doesn’t matter which one you use if the initial presentation is a dud!

Remember the old adage of video, garbage in equals garbage out!

Check out this video from Techsmith offering some pretty good insights into what makes a presentation in PowerPoint great… and what doesn’t.