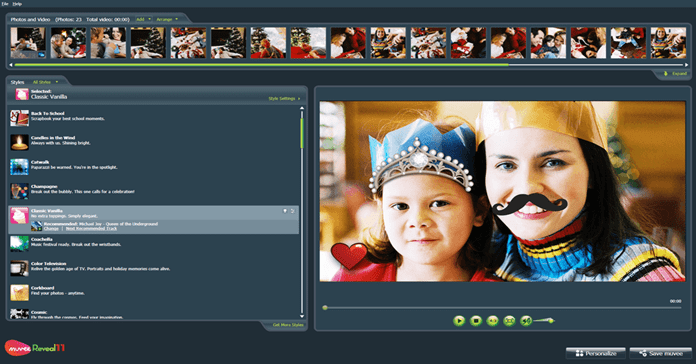 Welcome to this week’s Friday Roundup of what has happened in the world of home video editing.

We kick off this week with an announcement from muvee regarding their semi-automatic movie making software, Reveal.

Now before I go any further let’s get something clear here. No, I have not gone crazy and keep typing “muvee” when it should be “Muvee!”

“muvee” is how they want it so “muvee” it shall be!

The good news about this latest release of their program is that they have stayed faithful to their original intention which was to provide a simple yet effective editing workflow for the person who really couldn’t care less about the editing process.

To that end they have resisted the urge to incorporate all sorts of wizzbang features in order to dazzle you momentarily so that you hit the “BUY NOW!” button!

This update is just a general improvement of the overall product and you can read the full muvee Reveal 11 Review here.

In the meantime here are a few of the features they have added or improved:

Instead of messing around endlessly with creating titles you can just add these pre-designed titles to your project, add a little text and voila, you are done.

“Styles” are the templates used within the software to automatically generate a finished movie. They dictate things like the pace of the edits and the overall “look” of the project.

In the new version you can now take a preset Style and tweak it to your liking and then save it as a new “Style” (template).

Like it says you can draw stuff on images… think mustache on Granny… provided of course she doesn’t already have one.

A packaging feature that allows you to zip an entire project plus assets into a package then deploy it on another computer to continue working on it.

Basically this is an image capturing module that allows you to create images from frame of your video footage.

From Elsewhere Around the Traps

Carrying on from last week the next installment of a series of tutorial on lighting for video.

As usual, when they start getting all technical, don’t freak out! Just listen for the tips and broaden your understanding.

Like most things in life it is easy to do poorly and a little more difficult to do well.

Whilst most of the video editing software companies will tout the capability of the software to perform the editing side of green screen, the real trick is in how you shoot for green screen.

Turn Your GoPro Into a Hot Rod! 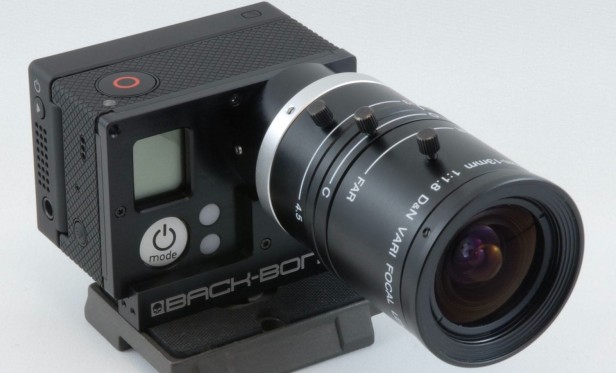 Well, maybe not a hot rod in the traditional sense but take a look at this because this is officially awesome!

There has been much discussion lately about the enormous jump in visual quality that is about to hit the consumer end of the video market.

The main source of this hoo-ha has been the emergence of the Blackmagic Pocket Cinema Camera.

Offering (almost) cinematic quality at this stage of it’s development it has clearly shown that pro level video capture for the home user is barely around the corner.

One other product that has been making it’s own particular impact has been the GoPro.

Again, another product offering exceptional quality at an affordable price designed for “out and about” types.

The main point to note about all of this is that the mystery of what goes into a camcorder and just how much the size affects the quality of the footage taken is beginning to be stripped away.

In other words, the form of the device is being dictated by market expectations and not actual functionality. This all brings me back to the GoPro

One of the main problems with the GoPro has nothing to do with the internals of the device.

It can capture remarkable footage at incredible levels of quality and all the while dealing with not only motion in the subjects but also the camera itself being “in motion.”

The problem is the lens.

The existing lens of the cam is designed to operate at a wide angle all the time and is locked into an auto-focus paradigm.

So what would happen if you could modify a GoPro so that it could take any kind of lens?

Well, the answer to that is in the link below and it is well worth taking a look at!