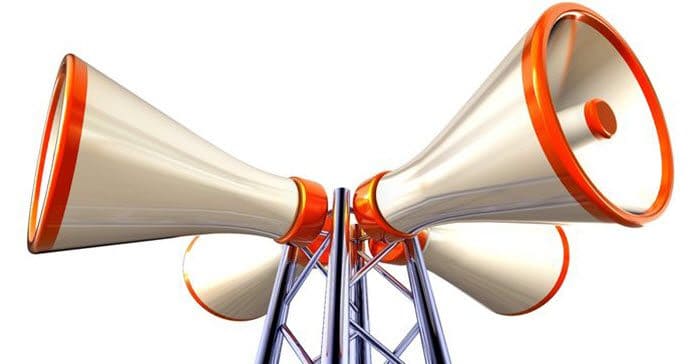 First up this week a subject near to my heart, audio.

OK to be honest it’s not really a subject near to my heart but as far as video goes, audio is pretty important.

So important in fact that as a subject it rears it’s ugly head on a regular basis all over the place whenever video is being discussed.

To the average user or the newcomer it is one of the first “oh my god!” moments they tend to have.

I can clearly remember mine.

I had finally talked my wife into allowing me to have a video camcorder.

OK maybe I didn’t really “talk her into it” more like I whined like a little girl until she gave in and let me have one but that’s beside the point.

I had enthusiastically followed our son around for days capturing every golden moment and when that first disc was full (yes, it was a mini DVD cam!) I slipped it into my DVD player.

At first I was amazed and delighted at the quality of the images I was seeing.

Then I slowly began to feel somehow disappointed. It was as though there was something wrong but I couldn’t work out what it was.

My initial thoughts were that it was because the footage was unedited and that this was  the source of my distraction, but no.

Finally I realized that the Elephant in the Room was the audio. It wasn’t terrible, it was just not quite good enough so that it would “disappear” into the overall experience.

You see that’s the power of audio in video. If it not quite good enough it will detract from what you are trying to present even though most people won’t be able to identify the audio as the actual problem.

This article and the attached video provide an excellent introduction to the average person on the history of sound, it’s evolution and some important factors regarding audio in video production.

Want to loop that perfect video moment into an awesome GIF destined to immediately spread virally over the internet until to such a degree that you become obscenely rich on advertising revenues and become the darling of the talk show circuit? or maybe you just want a quick and dirty way to make a GIF.

OK it seems that this week everyone went crazy on the video production so there was quite a lot to choose from.

These are some of the better ones I found:

The first point is that of cuts in your editing and the video itself gives some great examples of the undesirable effect you create when you use a jumpcut in the wrong way.

The second point they make is the use of transitions and if there ever was a subject that should be mandatory viewing it is this one!

This next video is from the guys at VideoMaker.com and covers the important subject of copyright.

Once you have uploaded or distributed your video projects in some way to some degree they are now out in the wild and unable to defends themselves!

This video gives a quick overview of how you can get a little protection.

OK the guys at muvee went totally nuts this week and came out with a 6 part series of videos on how to use their semi-automatic editing software, Muvee Reveal.

I have included the first one and there are links to the others below.