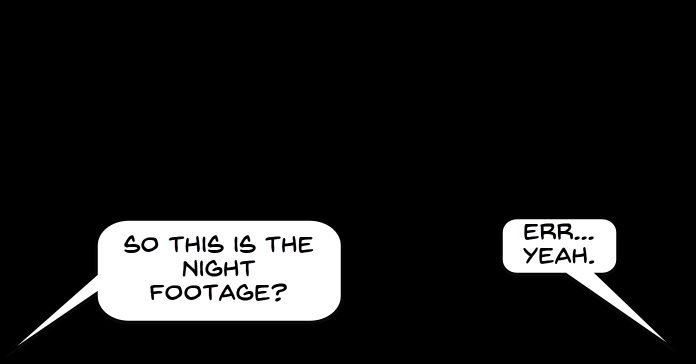 5 Tips For Filming at Night

Given the fact that most people shooting video at the consumer level of the market are going to be doing so on the basis of auto settings in their devices, shooting at night immediately becomes a bit of a problem.

There are a bunch of factors working against you in these situations such the size of the sensor in smartphones or consumer cameras, the auto settings having a limited number of strategies to deal with the low light and the tiny size of the lens.

Given the fact the “low light” is the light you get in a reasonably well lit living-room it is easy to see night shooting begins to stretch the capabilities of what you may have in your hands.

So, there are a few things you can do to reduce the adverse effects of night shooting and take the level of this kind of footage up a few notches.

Check out the video below for some night shooting tips.

Bringing Boring Photos Back To Life!

One of the more recent additions to your average garden variety video editing software has been that of split toning.

As usual the marketing departments have gotten all hot’n’heavy about this by promoting the virtues of split toning and leaving us breathless with the question of how we ever managed to survive without it.

This is all regardless of the fact that most of us don’t really have a clue as to what the hell it is anyway!

So, split toning is a specific kind of color correction and image adjustment that addresses the extreme ends of the color spectrum in an image.

It allows you to ramp those aspects up or down to achieve an effect.

Like most things that the marketing department of any software company gushes over, achieving those “spectacular” result is not quite as simple as they would have you believe.

Also like many tools you will find within any video editing software, you can’t expect to just give it a point and click and think everything is going to be fine!

The video below covers the use of split toning on an image but the concepts in that video hold true of video as well.

Remember, just like most corrective tool you will often find the “less is more” school of thought to be your best bet.

I am not really big on doing a lot of camera or camera equipment reviews or commentary on this because it is a field that is just so big and changing so quickly I simply could possibly keep up.

However I do come across the odd article or video that I think covers an aspect of video hardware quite well on occasion and the one below is pretty good for what it is.

As a side note to the first subject covered in the video which is built-in microphones I want to just add a few points of my own.

In reality the built-in mic on your average camera or smart phone can produce audio that can be pretty diabolical.

There are a few reasons for this outside of them just being so small and being situated usually in a less than ideal position to capture sound well.

The first of these is that they work on a principle of auto-gain.

That means that when the mic “senses” there is little to no sound occurring it turns itself up (increases the gain) on the basis of “there must be sound but I can’t hear it.”

If sound suddenly occurs when the mic’s gain is ramped up you get moments at the beginning of the audio where the sound distorts or peaks before the mic has a chance to turn itself down.

The second main problem with built-in mics is that of wind noise. For some reason these mics tend to be incredibly sensitive to wind noise and given that they are going to be used on the fly most of the time it can very often render most of the audio either useless or at the least, very annoying.

This second point of wind noise actually can be dealt with if you want to engage in a little DIY project and build your own wind suppressor. Instructions Here.

Anyway check out the video because it contains a lot of great info not just on mics but also on recording sound in general.

These days one of the most important keys to gaining a broader distribution and viewership of your video projects is through social media.

Something that most people overlook is that YouTube for example is essentially a social media platform rather than a video uploading service.

In the past in order to get your videos “moved around” the internet and in front of people was generally down to you posting it or uploading it to as many places as you could.

These days a bunch of teenagers in their lunch break can distribute your content faster and further than you ever could!

The bottom line is that if you want to create video and have it saved, bookmarked, posted and re-posted then that video has to be “shareable.”

And by that I don’t mean ABLE to be shared, I mean people WANT to share it.

Now of course there is absolutely no set formula that anyone can follow to ensure that a video will get shared or even go viral.

However what you can do is emulate certain factors within your projects that previous successful videos have been identified as having.

Check out the article below for some hot tips on the kind of factors that are generally present in any video that ultimately goes viral.

Of course there will always be the sheer dumb luck factor which unfortunately cannot be replicated!

So this has been a story I have following along with for a while now.

RED, the makers of RED cameras have been promising an upcoming release of their 3D hologram smart phone for a while now.

Generally RED make these kind of promises then although they then tend to delay, and then delay again, usually come up with the goods.

This time they actually seem to be holding true to their original release date which I am not sure is good or bad news!

Anyway if you are interested in this new technology check out the article linked below.

Probably the weakest link in the chain as far as consumer level video editing software goes is still that of audio control.

Whilst most editors do offer sets of tools to complete basic audio tasks these are very often fiddly to use and not all that precise.

Yes, there have been improvements over the years but still…

Anyway this week Maliek has posted a couple of videos for PowerDirector and Pinnacle Studio on how to make some basic adjustments in those programs to get your sound a little more up to scratch.

Even of you are not using these brands of software the basic concepts he is covering apply to any type of editor whether it is an “in software” module or an external audio program.