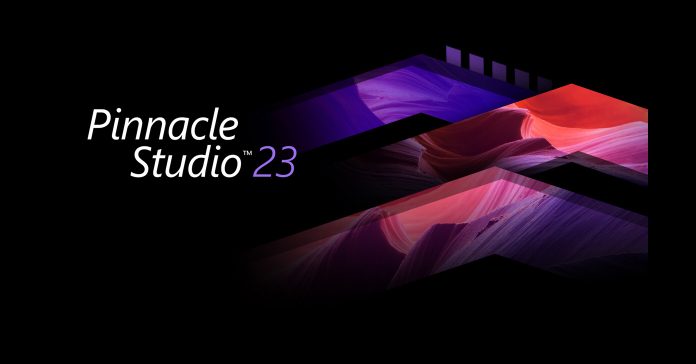 The first signs of us moving into the “silly season” have pretty much arrived. Last week Vegas Pro updated and this week the big news is the release of Pinnacle Studio 23.

As is usually the case with a major upgrade, Corel have added some new features to Pinnacle Studio as well as working on a few “behind the scenes tweaks and fixes.

In this new version they have added support for higher bit rates as well as Intel Quick Sync video hardware acceleration for those running Intel chips that have it.

Corel have kindly provided me with a copy to evaluate which I will be doing over the next few days.

In the meantime you can check out my existing Pinnacle Studio Review Here.

Or check out all the new features for yourself on the Pinnacle Website Here.

This is a great resource for some pretty unusual free sound effects!

Yes you read that link right, NASA actually has a Soundcloud account, who knew?

On top of that you can download and use pretty much anything in their sound library for free! Woohoo!

You can get a hold of the “One small step for mankind” audio file or even the original “Houston we have a problem” clip.

On top of that there are heaps of rockety, spacey, launchy sounds all for the taking.

The usage policy is pretty straightforward and quite relaxed as to how you can use it all.

For the full sound file use policy, please see their Media Usage Guidlines

Handling color grading or correction with the use of LUTs has been a feature in Pinnacle Studio for a while now.

With the release of Pinnacle Studio 23 the color module has been seriously ramped up to allow much greater control over all aspects of color correction and grading.

They have also extended the module’s ability to tweak LUTs after they have been added to a clip.

This is a good demonstration of the new output feature in Pinnacle Studio 23 that allows for the creation of animated GIFs.

It is still surprising to me how few video editing software programs can actually create GIFs.

Anyway on top of showing how to do it in the new software there is also some good information on the best way to create GIFs that can be shared and displayed easily.

This week Blackmagic Design announced the release of the new version of their popular Pocket Cinema Camera line.

The previous model was a 4K camera and this one is a 6K camera.

If your are at all interested in the world of cameras and in particular video cameras then you will be inundated about this over the coming weeks.

I tend not to listen to any of it except for a few “sane” voices of which Kevin at the Basic Filmmaker is one.

He does a full run through of it in the video below and it is just jam packed full of common sense… which doesn’t seem to be all that common these days.

Blend modes are a bit of a mystery to many people and even working it out from the name really doesn’t get you very far.

Obviously they are modes or methods by which “things” are blended…. still not clear?

Just check out the video to see what they are and how to use them without creating something unbearably cheesy.

In answer to a growing demand for more sophisticated features in their video editing software Filmora9, Wondershare resisted the temptation to complicate that program and alienate those wanting a simple, easy to learn software solution.

Instead they created a totally new application called FilmoraPro that packs all the advanced features those users wanted.

This was a smart move on their part because let’s face it, many people just don’t want or need all those fancy bells and whistles.

Wondershare also don’t really follow an annual update schedule like many of the other editing software makers do.

Instead they tend to roll out features as little updates when they have finished development and are ready to go.

This week they adding masking to FilmoraPro and you can check that out in the video below.

So before we go any further let’s clarify what we mean by a “Flash” effect.

In this one we are talking about the DC Comics character, The Flash and how he is shown to be at one point and then there is a blur of motion then he appears at another point.

It is the effect used to create the illusion of super speed.

Like most things there are a few ways to skin this cat and in the video below you can see the more effective if not slightly laborious method using masks, motion blur and stuff like that.

How To Make a Ghost Effect – CyberLink PowerDirector 17

This is a pretty straightforward run through of how to shoot and then edit together the illusion of a ghost separating from a body.

It is just a matter of using transparencies but check out the video because the key, as in many effects, is in the shooting and not so much the editing software.

It is shown being done in PowerDirector but just about any software that allows for opacity control will do it.

Think of this article as a quick reference checklist to use against your projects.

Generally speaking if you are keeping most or all of these points in check you should be at least doing OK!

With the release of DaVinci Resolve 16 this week Casey Faris has just posted a great new video introducing anyone to that software.

Now if some of that seems a little confusing I totally understand!

DaVinci Resolve 16 has been around for a while now so it seems a bit strange that they are “releasing” Resolve 16 right? So here’s the deal.

The “latest” version of Resolve that is available generally speaking is always a “beta” version.

The reason for this is that the software is aimed at fully professional production houses who simply cannot afford to be dealing with software that is “evolving” through development.

They are dealing with million dollar projects and can’t have the beta version falling over midway through the cutting of a movie!

So what Blackmagic does is only release a version out of beta when it is fully complete and fully stable.

The majority of the high end production houses will all have been using Resolve 15 up until this point.

Now that the Resolve 16 version has come out of beta, they will be able to safely upgrade and life goes on.

If you are thinking about learning Resolve or updating from your current version then this video is an excellent introduction.

It is designed for anyone who has not really done any editing before but has at least a grasp of the basic concepts and terminology.

How to Make a Great Instructional Video

As part of gathering together a decent collection of videos and tutorials for each week’s Friday Roundup I usually end up watching quite a few videos.

Very often that can turn into a soul crushing experience very fast!

Whilst I am sure many people out there are fully intending to teach others about what they know, the results more often than not can be quite mixed… to say the least!

Knowing about a subject, having good intentions and possessing a video camera does not necessarily mean success is going to be guaranteed!

If you make instructional style videos and want to makes sure that your audience is getting the full benefit of them then check out this video for some great tips.