You are here: Home / DIY Video Editor Blog / The Friday Roundup – Shot-lists Audio Troubleshooting And Being Awesome On Vine 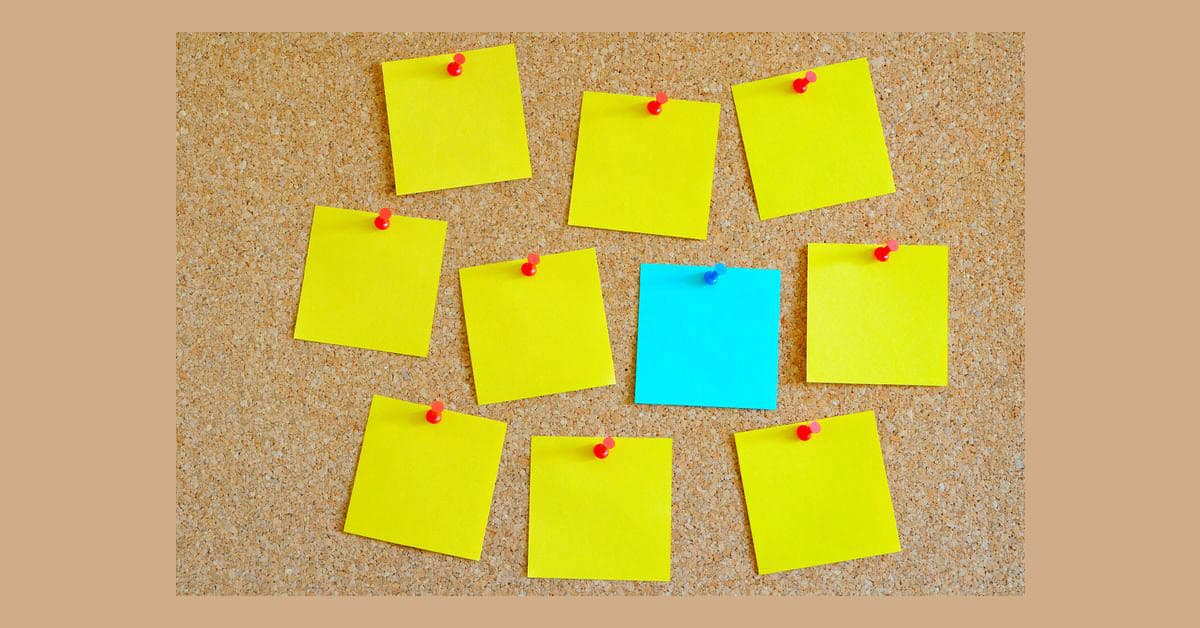 Welcome to this week’s Friday Roundup of all that’s good and nutritious in the world of video and video editing!

Like week just like any other our roundup is filled with meaty goodness and even if I do say so myself, and I do, there should be something for everyone here.

If you were wondering why the image of the post-it notes then you will begin to understand why I thought the article on creating shotlist was pretty good. I always figured a bunch of notes on the fridge door WAS a shot-list but apparently not… who knew!

And just as a final note, sadly no video tutorials this week. I guess posting all three of the video FX ones last week was a bad move on my part… should have held one or two back until this week and looked like a genius!

We have shotlist tips, handheld shooting tips, how to be an absolute superstar on Vine and so much more I am getting sweaty just writing about it.

So with no further ado, cos’ really there is only so much ado one can take here we go:

Creating a Shot-List… and why!

One of the points I tried to make in my Shooting Better Videos series of posts was that any video project, no matter how simple or how “on the fly” it is can benefit from some planning. If you have the luxury of being able to actually create a shot list then all the better! Over at webVIDEOcrew.com they have put together a pretty good tutorial not only on how to create a shot list but what you are trying to achieve in creating one.

Some good tips here from over at the muvee blog on troubleshooting audio problems. Although it obviously comes from a “muvee” perspective some of the ideas are universal.

Another “tips” article from VideoMaker this time on handheld shots.

Given that this is a time worn subject it is interesting to note that they have actually brought something new to the table and I for one, learned something!

How to Impress Inside Six Seconds

OK you may or may not have heard of Vine but here goes… this is a video website that allows the user to only upload videos which are a maximum of six seconds!

You may be thinking that’s a little crazy but think of Twitter, only 140 characters… including spaces!

Vine videos are emerging as a little art form unto themselves so take a look here for some tips on how to make a six second video work for you.

Good post from over at the muvee site this week covering not just three cool effects you can create but they have also linked to the original tutorial videos so you can do it yourself!

Probably not a lot of people coming here actually use Camtasia which is a dedicated screen capture program from Techsmith.

However what they do offer is a series of tutorials that not only show how to use their software but in the process lay out some pretty good information on editing in general.

They recently announced that most of their content that was previously only viewable online is now available for downloading.

If you are looking for some great tips on video editing then a casual browse through their online library can turn up some gems.

A few tips and tricks here on how to deal with lighting problems when shooting outdoors. Most of us do not shoot in circumstance where we have the time, equipment or even the inclination to deal with such things but it’s always handy to have an understanding of what can be achieved, how it can and why.

OK, there has been much ado of late regarding the new Black Magic cameras in the field of video.

The “Pocket” version should be of interest to all of us because I personally believe that this will be a game changer.

A product that forces the others to follow suit and step up the rate of release of emerging technology.

The release date for the camera has come and gone and they are still trying to get it shipped but in the meantime on this page is a link where you can download a full quality sample of what the camera can do.

It’s a huge download and maybe not for everyone but in reality it is the only way you can really get to see the footage as it is.

There may be other footage on sharing sites like YouTube but the problem there is that those samples have been re-rendered to satisfy YouTube restrictions so are not really a true representation.

5 Technology predictions coming out of IBM covering ways in which emerging technology with have an impact on our lives. Not strictly video but fascinating nonetheless.