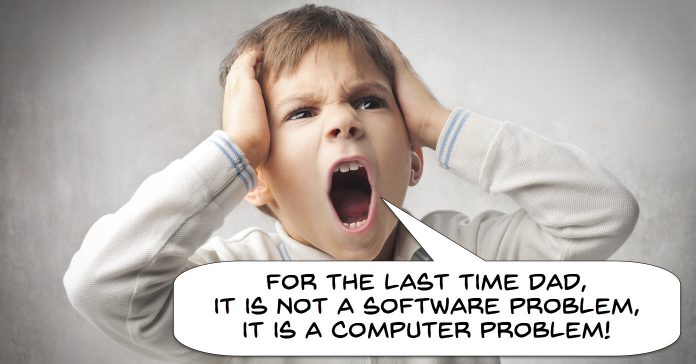 This week I added a new post to the website covering the subject of debugging software problems when it comes to video editing.

The main reason I did that was to finally put down somewhere a copy of the steps I generally take when people contact me for help with whatever trouble they are having.

I think the most surprising thing for most new users of editing software is that whenever they contact me the absolute last thing I start to deal with is the software itself.

Usually it is a game of 20 questions about their computer and the files they are using and just as usually the problem gets solved without them realizing the we never talked about the software directly!

So if you do have some problems editing or rendering with your particular brand of video editing software you can check out that page first… but you can always contact me anyway… I like to show off!

How to Use Atmospheric Sound Design in Your Videos

One of the areas of making videos that has been getting good coverage lately is that of using audio in your projects more effectively.

Most of those tips and tutorials I have been writing about have been from the perspective of using sound to enhance what is being shown visually at the time an actual  visual events is occurring.

That’s all just basic stuff like making sure there is a door closing sound when the door is closing or adding an effect at the point of a transition between scenes.

These types of sound additions are directly tied to what is happening on the screen.

There is however another layer of audio you may want to take a look at which falls under the heading of sound design.

These are sound effects or audio events that are not really connected to an actual visually represented event on screen.

It is these very detailed audio events that really are one of the key differences between your average amateur production and a fully professional one.

To get a better idea of this check out the video below but if you do, do it twice!

The first time just track through with it to get the idea of what he is talking about.

The send time go through it and take note that every time he is talking about a particular type of sound or sound effect… he is actually adding it at that time to the video you are watching.

It is very, very interesting to see how powerfully those added sounds affect your perception of the video.

Finally take all of this and try it for yourself!

Grab any little short sequence of clips you have and stitch them together reasonably well into a cohesive whole.

Then start playing around with background noises and effects not based on visual cues in the footage but on the concepts talked about in the video.

Underneath the video you will also find a link to a few more tips on sound design from a pro editor to further enhance your sound design repertoire.

I was pretty much going to pass on this video from the guys at Filmora this week mainly because I thought, “Here we go, another blah, blah, blah green screen video we have all seen before!”

Then I watched a little way into it and turns out it’s pretty darn good!

First of all there is an excellent recipe for fake blood and let’s face it, who doesn’t need that?

But apart from that it is a really good walk-though of the steps needed to both shoot and edit together a good looking green screen effect that doesn’t make you think, “Oh, that’s a cheesy green screen!”

Of course the king of stabilization is a tripod.

That kind of sets up an atmosphere where we are supposed to be following two seemingly opposed rules.

You have to keep still so use a tripod, you have to move the camera because it is more natural!

The reality is that like most rules of both photography and shooting video the answer to the question of whether to follow the rule or not is yes, no and sometimes!

Check out the video below for a little more perspective and some good explanations of situations where you can use a tripod AND move it having the best of both worlds.

How to Make Funny videos from Boring Footage

It is not unusual for any of us to set forth on some adventure or to some event with the intention of capturing footage to incorporate into a video project.

And if you have read any of my Video Shooting Tips Here you will have of course at least planned out in your mind what you are going to show in that video project.

It is also just as common that the pictures you have in your head completely and utterly fail to manifest themselves in any way shape or form.

The result of which is a bunch of boring footage of not much use to anyone!

Rather than just abandoning that footage why not try to make something out of it by highlighting the comedic aspect of that total failure!

Make a project showing your failure to get anything good or the failure of the event, adventure or whatever to be of any interest to anyone.

The video below goes into a few tips on making boring footage funny and it’s pretty good as a reference point but bear in mind that your situation will often be different to the one shown.

One of the keys to creating something funny is the concept of laughter as a display of rejection.

I am not going to go too far into the theory of what makes something funny but at its heart is that when humans are presented with conflicting information in a safe environment they will reject it with laughter.

An inappropriate sound effect or sound track, a wrong reaction, a confusion of terms or definitions of words are all examples of conflicting information that the viewer can safely reject.

That’s why the Abbott and Costello routine “Who’s on First” works as well as other popular video memes.

As an exercise in this style why not take some footage you already have then experiment with adding silly or unsuitable things to it like sounds or cuts and see what you can come up with.

How to Track Moving Things in Any Video Editor

A few years back now the big addition to consumer level video editing software was motion paths or motion tracking.

Although that was quite a breakthrough at the time the reality was that if you were prepared to put in the time you could have always done it anyway!

Well before that the ability to overlay transparent masks or objects was the actual point motion tracking became feasible.

The Motion Tracking modules we see today only made this ability better and way more convenient.

Most now have automated or at least semi-automated features that will track an object for you and most also have a dedicated module that makes the whole thing way less painful.

But if you are a sucker for punishment and have way too much time on your hands, check out the video below for a little motion tracking old school style!

PowerDirector – Tips on Using Trim and Multi-trim with Raw Footage

When you load a clip into a project on the timeline in just about any video editing software, you can trim that video however you want so… why do most of them have a separate trim or multi-trim module on top of what you can already do?

The answer to that is twofold.

First, by isolating a clip in it’s own environment you can exercise greater control over how you are trimming or multi-trimming that clip with the added bonus of not being distracted by other assets in the overall timeline.

The second and probably more important role this has is that it allows you to quickly and more efficiently get your clips into shape using a larger and more convenient interface that has been specifically designed for that purpose.

Getting those clips into a condition that more closely represents their final state will also take a load of stress off the computer and contribute to a smoother editing experience.

OK so the video below was actually posted to YouTube automatically after a live stream event so, to get to the good stuff you will need to advance the playback to the 24 minute mark (Yes! I know, that’s a long lead-in!)

If you are using PowerDirector then I would strongly advise you to take the time to watch it.

PowerDirector is like all video editing software in that the way the program is set up to run and the way it appears and behaves is all based on user feedback and the developers “best guestimate!”

No editing software can offer a base setup that is going to be all things to all users.

Everyone is going to have their own likes and dislikes.

So in using PowerDirector you may find certain behavior acceptable and others to be just annoying.

For example when PD opens it always open the library to the sample assets folder.

A lot of people don’t mind this, some do.

What is not obvious in many of these programs is that there are ways to adjust and customize the program that at first glance don’t seem obvious.

So as I said previously, if you are using PowerDirector you should take a look at this one and you may be surprised at just how far you can customize it to your own tastes.

Similar to a number of video editing software programs these days CyberLink PowerDirector 17 comes with a screen recording application as part of the whole package.

The video below is a complete run through of the features of that program, what the various settings are and how they will affect the final screen recording if you are using it.

I came across this article recently and was pretty surprised by it all.

It seemed to me over the years that Vimeo as a service that catered to the more professional end of the video maker market, had their sh*t together a little better than this!

One of the banes of YouTube’s existence has always been the difficulty presented by users incorporating copyrighted materials in their videos.

This has also been a problem for Vimeo.

A year or so back YouTube really started to crackdown on users violating copyright deploying a algorithmic solution to the problem.

They could flag suspicious videos and start to take action from there.

It must be said though that YouTube were fairly reasonable in their process for dealing with flagged videos and although there were some tears before bedtime in a general sense they were at least reasonable about it.

On the other hand Vimeo seem to have gone full storm trooper on their own users and it will be interesting to see how it all pans out as they really can’t afford to get their user base to far offside.