You are here: Home / DIY Video Editor Blog / The Friday Roundup – When to Cut, Music Video Tips and Finding the Story 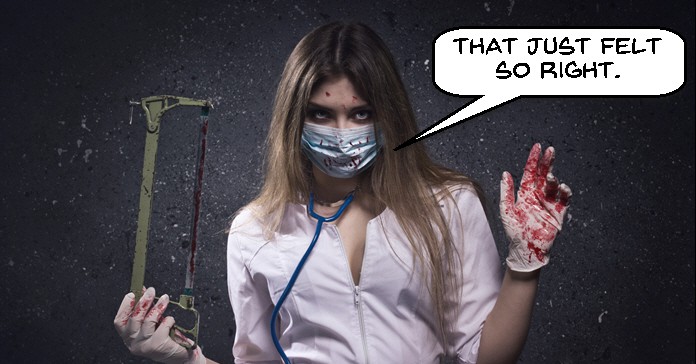 How Does an Editor Decide on That Cut?

I wanted to include the video below for this week because it illustrates almost perfectly an important point about editing.

It is one of those video that is squarely aimed at the “pro in training” but I still think that for the average home editor it has enormous value.

In putting together this website my goal was to provide a place where the absolute beginner or at least the absolute amateur could come to find out about video shooting and editing.

My own search for information on these subjects led me either around in never ending circles or very quickly into highly technical places where I soon became lost.

So the philosophy here has always been to keep it simple.

I have tried to provide a guide to getting started in editing rather than endless tomes on editing itself.

There is a small section on editing tips and you can download the free editing guide I put together but both of these resources are intentionally limited to the “getting started” phase of the process.

The main points that really need to be gotten under control are knowledge of the software you are using, organizing your assets and getting the right mindset.

Getting the right mindset simply means understanding that when you are editing you are trying to create a project that represents what you have shot rather than documenting it.

All of this is vital and covers types of cuts and transitions and all of that. However once you have made it that far then we come to the big question, “When do you actually cut and why.”

It is probably with this question and the answer to it that we finally hit the point of what real editing is once it lifts from the amateur level to the pro.

Unfortunately the answer to that question is not a purely technical piece of information that I can just lay out for you to follow.

The point at which you cut from one shot or scene to another comes down to intangibles like how you feel about it.

Of course there are mechanical points that you can look to cut like an action finishes and you cut to another action or the consequences of the first action but you can’t always rely on moments like that being present.

So the video below is about the best I can do to provide to you with a resource that at least shows you where various editors are making their cuts and why.

Obviously many of these examples will not really lend themselves to your average home movie project.

However I still think that if you watch it through you will at least get a sense of what editing really is and possibly how you can apply it to your own projects.

How To Edit A Video In SEVEN EASY Steps!! (Regret may vary..)

On a much lighter note than the first of this week’s videos take a look at the one below to get a true understanding of what being a video editor is really like.

Although this article presents itself to be specifically for making a documentary after reading it I think a lot of the information applies more generally.

On the other hand if you look at many home movie projects what they really are (or should be) are documentaries.

If you take a look at the Editing Tips section of this site you will see that there is a point I make in creating video projects.

That point is that when you are creating a video of an event you are not simply adding every piece of footage you have of that event in sequence.

That would be mind crushingly boring!

What you are doing really is trying to piece together video in a way that represents that event or a version of it.

In reality, that’s a documentary.

It is quite surprising just how much your viewpoint on a project can change and how much easier it can get when you decide for yourself exactly what it is you’re doing and where you are going.

In that Editing Tips section I use an example of a children’s party.

If you go to the party and capture footage of everything that moves throughout the entire day then clearly you can’t just add all of that and think you have made a watchable video.

However if you have all that footage and decide you are going to make a documentary of the party then suddenly you have direction.

Suddenly you have a framework within which you can identify the story and from there map out your scenes and sequences.

In fact before you have even opened your video editing software you are 40% of the way through the project because you know what you are doing.

One of the great time sucks in video editing is that the average person tries to write the script and storyboard the video from within the software.

The result of that is endless meandering about within the footage trying to mentally piece something together.

Take some tips from the pro’s.

Work out what you need to shoot before you shoot it and work out where you are going before you start editing.

There may come a time when someone you know has become aware of the fact that you can shoot and edit videos possibly a little better than the average bear.

This may then lead to a request for you to do some amateur video clip making.

Of course the most likely of these will be a wedding video and my absolute advice on this is that unless you are a pro… DON’T DO IT!

Yes those caps were intentional!

However perhaps you may get asked to do a music video and as long as you don’t start getting delusional about the process and are aiming for a Thriller remake you can probably pull it off.

Check out the article below giving some examples of styles of relatively simple music videos that just about anyone could pull off.

Underneath the link is a video that illustrates one of those styles from the guys at Jam in the Van.

They used a very simple static setup with a few GoPro cameras fixed into position to make sure they got all the action.

There was one handheld camera allowing for some closeup shots.

They recorded the sound as the song was being played live and then in editing software simply switched between shots depending on who was doing what in the band at the time.

Of course a stunningly tight performance by the band of a great song kind of helps too!

One particular YouTube Channel that I always check out to see what’s happening in the world of video shooting and editing is The Basic Filmmaker.

In general I would describe the channel as being aimed at the advanced amatuer looking to possibly go pro and in that sense there are some excellent tutorials on offer.

On the other hand he does also cater to the beginner to some degree and his series on Green Screen in my opinion is easily best and most comprehensive training on the subject accessible to anyone.

This week he covers the subject of using music in videos and really does give a great overview of the subject and some excellent advice.

Not only does he give some good sources for free music you can use but goes into why you may want to pay for music.

He also covers how to use music correctly and how to choose the best music for your projects.

One of the key concepts in creating any video beyond something short and sudden like a Vine or something like that is the concept of story.

For any video to be watchable and for it retain the viewer it has to have a story.

The “why” of this is pretty simple.

It is almost so ingrained into them that I think it may be a DNA thing but who knows.

On top of that the vast majority of video or visual content humans are exposed to is story driven even in static forms of art.

When we look at a painting we are looking for the story or are creating the story in our heads as we are viewing, it just is what it is.

So a couple of times people have written to me with the subject of their videos asking how could that subject possibly be a story!

I would be the first to admit that sometimes it does get a little difficult finding the story especially when the subject matter is a bit dry!

So, check out the article below for some inspired work on finding the story.

Before you do, let me tell you that the video in question is a teaching video discussing surface area in cells, volume and the effect on life.

See if you can spot a story there then go to the page and check out how the author does it.