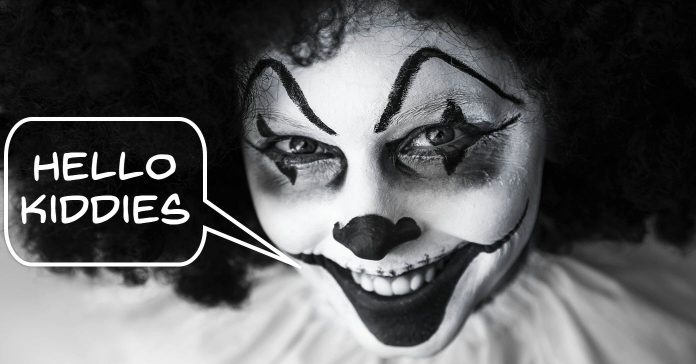 In a nutshell those violations were as a result of the introduction of the Google learning machine into their algorithms for targeting advertising and other functions.

For some reason they didn’t really think that tracking the viewing habits of kids under 13 while on YouTube to be in any way super creepy!

The FTC ruled otherwise so not only do YouTube have to fork out $170 Million bucks but they also need to change things pretty quickly!

What is unusual about this is that YouTube have quietly copped the fine and have given notice to all YouTube creators that there are changes coming.

Usually they just implement the changes and decimate hundreds if not thousands of accounts without warning.

So if you are a YouTube creator you probably need to check out the video below to get a full understanding of what is happening, how we got here and what you will need to do moving forward.

Tips on directing talent in a video projects is not really a subject I would post about.

Just about everything on this website and most things I post about in the Friday Roundup each week is aimed at the new video creator or at least the amateur video enthusiast.

From that point of view, director’s tips would seem to be a little out of our league!

So bear with me ‘cos I’m goin’ somewhere with this… really!

I don’t know about you but most of the time one of my “family duties” is to document holidays and other family gatherings and events.

Easily the hardest part of doing that is that trying to get a bunch of people to stop looking at the camera, to look at the camera, to move over there or walk this way towards me or do something that will let me get some footage.

So even if you don’t think you are “directing” your video shoot in situations like this… you actually are.

In the video below there are some great tips for getting people to do the stuff you want them to do so you can get that good footage.

As a bonus you may even get it done without creating an irreparable rift in the family!

How To Make Good Talk To Camera Videos… In Bad Locations

If you take a look at the subject of shot composition in video you will discover very quickly that it is a really, really, big subject!

In fact it is so big that many people kind of give up on it thinking that the is too much to know so why even bother.

Like most professional activities the reality is that yes, there is a lot to know.

But that doesn’t mean knowing nothing is any better!

If you take a look at the section of this site called Shooting Better Videos you will find at least some of the basics you can get started with.

The video below goes to one of the points I make in that series under the subject of composition.

That point is to at least make yourself aware of what’s in the background of anything you are shooting.

Jumpcuts are one of those great things in video editing that perfectly illustrates the concept of following the rules.

Jumpcuts were originally a description of a cut being put into a sequence where the 30 degree rule had not been applied.

The 30 degree rule stipulates that when cutting from one angle to another there must be a camera angle change of more than 30 degrees.

In that original form the jumpcut was universally recognized as an editing error, a mistake that needed to be corrected.

The reason it was treated that way was that visually the person watching would be subjected to an unusual “jump” either closer to or further away from the subject.

That resulted in an unnatural feeling that did not mimic how people saw things in the real world with an added and strange sense of time “jumping” forward.

So now we come to the title of this entry which is basically how to DO a jumpcut! What the..?

This is why it is a great example.

Once you learn that rule and can apply it successfully you will notice that some movies and a LOT of YouTube videos are absolutely littered with jumpcuts!

The reason for that is like just about any other rule in shooting or editing video, you can break that rule intentionally and create an effect.

Here’s a tutorial on how to achieve a jumpcut regardless of what software you are using and for more examples just do a search on YouTube to get the idea.

This is an excellent video tutorial for a number of reasons and well worth watching even if you don’t particularly want to do the effect.

So the effect in question is just a person opening their eyes and having a kind of laser blast come out of each eye then stop when the eyes are closed.

Cool enough effect if you are making something that this would apply to.

What you will notice as you are watching the tutorial is that it is a great education into the main differences between the various levels of video editing software.

The software being used here is Filmora9 and it is being used to do something quite advanced.

Because Filmora9 is a basic or simple editor it can create the effect but the amount of manual work needed to do it is quite extensive.

In the video what you are seeing are objects being overlaid onto video.

Then the video is being stepped through frame by frame and the object’s position is being adjusted to maintain its position correctly.

Each time there is the need to change an object’s position the image track (the object) has to be cut then the object re-positioned.

This process is repeated over and over until the effect is completed and in the end it looks fine.

If you go higher up in the video editing food chain this process would take at least half the time.

First you would be able to use keyframes so every time the object moved you add a key frame, re-position the object and you are good to go!

The second feature you would find in more advanced editing software that would be applicable here is motion tracking.

All you do is select a point on the screen, in this case one of the eyes.

Have the software automatically track it then later just add the object and you are done!

Repeat for the second eye and the effect is achieved.

One of the key differences in the different levels of video editing software is not actually the abilities of the software per se.

It is the tools that can automate or speed up those abilities.

One of the interesting things that you may have noticed in some of the video editing projects you have done is the way in which audio greatly influences how a video is perceived.

In fact audio, audio FX and background music are some of the most powerful tools you have at hand for shaping a video.

You can take just about any scene you can think of and make it seem to be something completely different by just adding audio FX or music.

One of the earliest examples of this on the internet was the Dramatic Chipmunk video that was so popular at the time.

On the other hand what you think you are hearing (the audio) can be equally affected by what you are seeing (the video).

It is always a bit of fun to check out Hollywood sound effects videos where you get to see those sounds you are hearing in the movies actually being made.

More often than not those sounds are created using materials and techniques that bear no resemblance to the real world scenario.

However when you see it all on screen as audio and video together it seems perfectly natural.

Check out the video below for a few starting tips for creating your own set of sound effects.

As the use of drones for capturing spectacular video footage grows… so too do the rules and regulations governing their use!

Some countries like Canada have implemented rules so complicated they beggar belief.

In that country at the moment you have to have a drone pilot licence and it pretty much covers the same technical detail that you would need for a light aircraft licence.

So when it comes to using drones it is good idea to keep yourself up to speed on your own local requirements.

In the meantime here’s handy checklist to cover most of the things you need to keep in mind when shooting with a drone.

So one of the big marketing points that camera companies like to use when it comes to choosing a camera is still the pixel count.

You know, the old, “It has twenty gazillion megapixels so it must be the best” kind of thing.

For the uninitiated this can seem all rather impressive but in fact it has about as much meaning as the question, “How long is a piece of string?”

In fact this whole subject has to be broken into two questions.

How many megapixels AND how big is the sensor that those megapixels are on?

I did a post on this a while back that you can see here and the link below also goes to quite a good article on the subject.

Make Yourself Giant With Video Editing

This one was originally titled as a Premiere Pro tutorial but most if not all of the techniques shown can be done in any well endowed video editor.

You will need to have access to motion tracking, reasonably good green screen control and masking.

Like many video tricks such as this a lot of the work needs to be done at the shooting stage so a tripod or some kind of stabilizing arrangement is essential.

Image by Tracy Lundgren from Pixabay